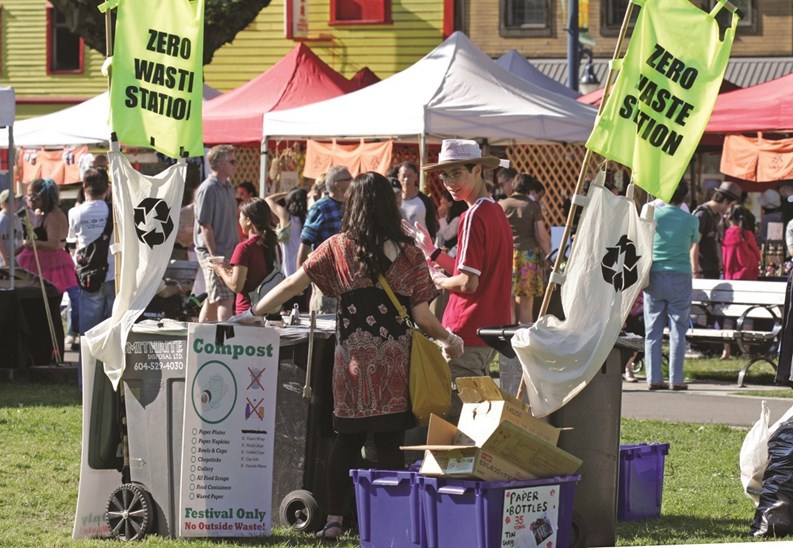 These days, as the summers get hotter, the storms get bigger, and climate change is finding its way into more headlines than ever before, more attention is being paid to the environment and how the average citizen can do his or her part to support it. As a result, boards and managers are finding themselves introducing new rules, regulations, and technologies into co-ops, condos and HOAs to improve comfort for residents and work in tandem with statewide efforts to be better stewards of our resources and climate.

Concern for the environment and energy usage continues to grow, but so do energy prices—and that can make discussions of energy “savings” complicated. Among the steps that associations are taking in the energy arena are bulk purchasing and long-range contracts that help level the energy costs, while giving energy companies a longer-term look at supply and demand. But looking ahead can be difficult for boards.

“A property I have just came off a three-year lock-in contract at 7½ cents per kilowatt hour,” says Stephen DiNocco, president of Affinity Realty & Management in Boston. “The current rate available for a lock-in is 10½ cents; that’s about a 50 percent increase.” An easy sell? Maybe—because electric rates fluctuate from season to season, and the current “summer” rate is only 8 to 9 cents per kWh. So a board looking at the current rates and comparing them to the proposed lock-in rate might not see the advantage. At the same time, DiNocco notes, last winter, rates bounced around the 13 to 18-cent range, and in January, some went as high as 20 cents per kWh. “You over-pay in the warm months and under-pay in the colder months, and hopefully that works out for you,” he says. As they ponder the volatile costs of electricity, gas and other utilities, boards are likely to start looking at ways to cut back on usage.

The financial realities tend to be the ones that get boards to sit up and take notice of conservation opportunities. DiNocco and other managers, including David J. Levy of Sterling Services in Holliston, Massachusetts, say the first step for associations who are thinking about their energy costs is to tackle the conservation side—making those conversations a “win-win” for budgets and the environment.

“We’ve used the Mass Save programs that provide everything from light bulbs to insulation,” Levy says. “We’ve had thousands of lights replaced for free over the years; and had insulation put into attics for free or at very big discounts. We insulated our electric outlets and did toilet retrofits.”

The availability and success of different programs varies from condo to condo. Some townhouses, he says, have no common utilities, so conservation efforts are more in the hands of individual unit owners. But, he adds, that doesn’t prevent the association from taking eco-friendly steps.

In one community, he says, there are no common utilities—but there are outside lights on many of the buildings. “They had double 150-watt floodlights—that’s 300 watts on for 12 hours a day. It’s not a condo (association) issue, because the condo fees aren’t paying for the electricity.” But, he says, with the help of Conservation Services Group, a contractor that works with programs like Mass Save, the community was able, at no cost, to replace the lights with high-pressure sodium lamps, using only 70 watts instead of 300, and then, more recently, with LED bulbs that use only 30 watts instead of the 70, while producing a more pleasing white light. “The lights last for 100,000 hours, and we got the fixtures for free. Why would you not do this?” Levy asks. Unit owners, he says, are happy because their electric bills are lower, too.

“When owners come to the board and say, ‘What have you done for me lately?’ the board can point to these lights, and say, ‘We just saved you $40 or $50 on electricity,’” Levy says. “And it saves the association money, too, because you don’t have to have the maintenance guy running around all the time changing bulbs.”

Utility companies are mandated to reduce usage, and are offering the incentive programs, so it just makes sense to use them, DiNocco suggests. “Some communities have converted to (compact) fluorescent bulbs, and some have put in LEDs where it makes sense,” he says. But changing out old energy-hogging bulbs for expensive LEDs can be a tough sell, especially with fluctuating rates. “It can be hard to show that the (financial) savings actually occur,” he says when board members look at year-to-year budgets. Light bulbs, of course, are the easy and most frequent items swapped out—but DiNocco says associations have also tackled bigger issues, like the replacement of elevator motors and other energy-devouring mechanisms.

A big step taken by Sterling Services’ properties relates to the actual source of their electric power. “There are green options” for electric purchase, Levy says, and “ninety percent of towns have free choice for commercial and residential users” for electricity purchase—the exceptions being communities served by municipal electric companies.

Viridian Electric, based in Stamford, Connecticut, bills itself as “one of America’s leading providers of affordable, responsible energy.” When the company released its fifth annual Sustainability Report in April, Viridian founder and CEO Michael Fallquist said that “since 2009, Viridian customers have helped avoid more than five billion pounds of climate-changing CO2 from being released into the atmosphere through the use of our responsible energy products. We knew that if we provided the opportunity for people to choose affordable, responsible energy, they would respond, and the market was even more enthusiastic than we anticipated. Today, Viridian represents a movement that is turning back the tide of climate change, and we could not be more pleased.”

Levy says that 31 of the 32 associations that Sterling Services manages have moved to the purchase of green energy. The remaining one, he notes, was a close call in terms of cost-effectiveness of the eco-friendly purchase. “You can’t always win,” he notes. Viridian, Levy says, publishes a complete list of solar, wind, bio-mass, hydro and other “green” sources of its electricity.

At one property Sterling manages, Levy says, incentive programs helped insulate the ceilings of an underground parking garage. Without the conservation programs, the work would have cost $27,500, but with the program, cost only $2,500, and “dramatically improved” the heating budget.

And one of Affinity’s properties converted their 50-year-old gas burners to high-efficiency burners. “They saved about 65% on fuel usage—and their costs went from almost $600,000 to $300,000, then to $250,000.” In order to accomplish that, the association had to borrow the money for the conversion, but the payback made it an easy decision. “It made sense, especially since the burners were old and the parts were getting hard to find. We knew their days were numbered,” DiNocco says. “In the long run, it really helped us to hold the condo fees and build the reserve account.” Not to mention saving all that fuel.

Making major changes in energy consumption or green lifestyles take the support and engagement of all residents to be successful.

“In my experience, the important thing is showing people the value of what they can do by going green,” says Cecil Scheib, PE, CEM, LEED AP, GPRO, chief program officer of the Urban Green Council in New York. “Each person is motivated by different things. One may say they want to see a spreadsheet of savings, while another may want to hear about [how greening may mean] less maintenance.”

One approach with almost universal appeal is sharing how changes will affect the everyday lives of people in the building. If, for example, a board is going to replace the boiler controls, Scheib says he would focus on informing the residents about how their units will be less drafty and more comfortable since they won't have to open windows to in the winter to ease overheating, and how the upgrade will pay for itself in energy savings.

Green committees also can be helpful in convincing their neighbors and fellow residents of the benefits of a program or technology. For example, “Low-flow toilets can have a fantastic payback that can be measured in months,” says Scheib. They can be a difficult sell, though. “If you have a committee and the committee members can say, ‘We tested five different toilets and everyone agrees this is the best,’ there’s much more trust.” When it comes time to make a decision about what kind of upgrades or changes will be most impactful for your association and residents, it can help to meet with a consultant who knows what's available, and what's practical for your particular community.

For instance, not every building can successfully employ solar panels, due to the Earth’s axis orientation or the availability of roof space. A competent management firm will be able to identify which techniques will benefit a given community. Levy says that one client was able to install a $150,000 solar system that covered about half of the roof of one building. The 50 kWh system is producing enough electricity to save $10,000 a year, and ultimately, with incentives, the initial cost will be amortized over seven years.

Planning for green modifications well ahead of time gives residents time to better understand the changes and become invested in the projected results. It also can save money and allows for projects to be piggybacked on one another. “For infrastructure, for example, the time to do rooftop solar is when the roof needs replacing,” says Scheib. “It’s much easier to add the expense for an energy project into an existing project than doing it separately and off-cycle.”

With proper planning, the assistance of experts as well as the investment of time, energy and enthusiasm from green committees and other resident leaders, the transition to greener living can be positive and pain-free.

Concern for the environment is a trend that appears to be growing, and one that will no doubt pay off for residents with cleaner, more efficient and more comfortable homes. It also may strengthen the bottom lines for co-ops and condos, helping significantly reduce energy costs. Perhaps most importantly, the more buildings that make these transitions, the greater the impact on the environment and the better off we all will be in the decades to come.

Liz Lent is a freelance writer and a frequent contributor to New England Condominium. Associate editor Pat Gale contributed to this article. 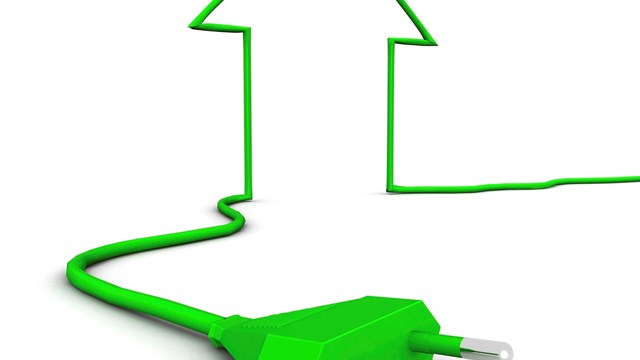