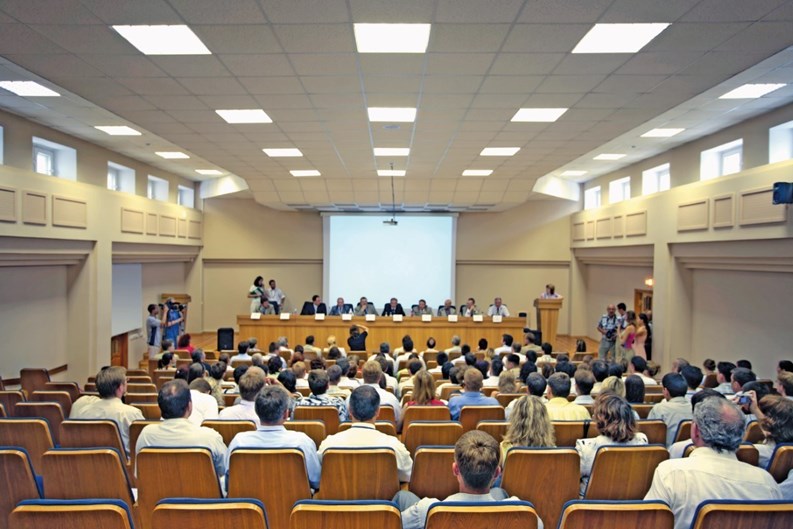 For most people, “foaming at the mouth” is just an expression. Attorney Ellen Hirsch de Haan has encountered the real thing – and not at an animal shelter, but at a condominium owners’ meeting.

A former president who recently had been voted off the board began angrily pacing between the board table and the audience. He got so upset he was actually frothing, the lawyer said.

Hirsch de Haan responded by “circling the wagons.” She explained, “I gathered all the board members around the table, and we talked very quietly.” The man continued to rant and rave. After a few minutes, audience members said, “Hey buddy, would you sit down and shut up? We want to hear what’s going on.”

The man responded by leaving and slamming the door. “The audience burst into spontaneous applause,” said Hirsch de Haan, a managing partner in the Tampa Bay, Florida, office of Becker and Poliakoff, P.A.

When Frasier, the stuffy TV psychiatrist played by Kelsey Grammer, ran afoul of his condo board president, much hilarity ensued. But as condo boards and management staff have to deal with increasing levels of anger – both in their day-to-day exchanges and public meetings (annual or monthly) – it’s no laughing matter.

As last summer’s town hall meetings on health care showed, ratcheted up tensions are hardly exclusive to condominiums. A decline in civility in America has been widely lamented for at least the past decade. But with the U.S. economy still shaky, and more owners in financial distress, tensions are rising further. That's why it’s important for board members and property managersto develop strategies for defusing tensions and dealing effectively with angry owners.

“This has been a gradually growing trend. When I started doing meetings, I would have one bad meeting a year. Now, I’d say if I have one good one, it’s nice,” said Hirsch de Haan, who also writes books on community association issues and teaches classes on handling difficult people. “There is a very definite drop in civility.... People feel comfortable being unspeakably rude to total strangers. You see it at the supermarket. You see it on the road. You see it in town meetings on health care.”

And while it may not be the primary cause of rudeness, the economy has exacerbated matters. “A lot of the tension is related to the economic cycle – a lot of people are unable to meet their monthly obligations,” said Jasmine Martirossian, PhD, an author and social psychologist at Northeastern University in Boston. “How associations handle the situation can make a big deal. Bringing a modicum of humanity brings a world of difference.... I don’t think anybody moves into a condominium association with the express desire to be bad. No one’s trying to bea horrible board member or a horrible neighbor.”

Want a simple tool for civility at your board meeting or annual meeting? Try a kitchen timer. Give everyone two minutes to speak and (politely) move on once it dings. This cuts down on angrysoliloquies and prevents one person from monopolizing the meeting.

If you know you have a contentious group, do not give the audience a microphone. (Have them write down questions, then have a board member repeat them into a microphone.) Be as formal and polite as possible, and run the meeting strictly according to “Roberts Rules of Order.” (If you aren't comfortable running a formal meeting, bring in an expert.)

But above all, said Hirsch de Haan, board members must not allow themselves to be drawn into an angry confrontation – no matter how tempting. If you refuse to react to someone’s badbehavior, it’s much easier to defuse a tense situation. “If somebody’s yelling and you speak quietly, it tends to calm them down,” she said.

If there’s an agenda item that’s particularly divisive, it can be worth it to hire outside security. “If you’ve got an extreme situation, hire an off-duty police officer or sheriff’s deputy,” advises Hirsch de Haan, who says that up to two years ago, she’d had to hire security just three times in 25 years. “Last year, I had sheriff’s deputiesat five meetings. And one time, he had to intervene.”

Part of the problem, Martirossian said, is that people don’t necessarily have a background in governance whenthey’re elected to a condo board. So, they may lack the necessary communication skills.

For example, springing a special assessment on owners without carefully laying out the reasons over time is a surefire recipe for discontent – especially in an economy where the jobless rate is above 10 percent. She also doesn’t believe in robotically following the rules, but instead, making sure that individuals are treated with empathy. (That’s not to say she advocates sendinga condominium association into bankruptcy, either.) “It’s a balancing act,” said Martirossian.

In some very specific instances, a board might consider “alternative dispute resolution,” where disagreements are decided outside the judicial process by mediation or arbitration. “It’s a way of settling disputes outside of the courts,” explains Brian King, principal for New England Dispute Resolution in Boston. “The benefits are the costs involved. It’s a lot less expensive than litigating. It’s probably 75 percent cheaper. Also, the time to get an arbitration date is 95 percent quicker. You can call me today… and we can get an arbitration or mediationset within a couple of weeks,” said King. (Arbitration is legally binding; mediation is not.) It can take two to three years to get a court date.

Three areas involving condominiums that routinely come before his panels are: Cases where an owner has fallen behind on dues, instances where renters are in arrears, and cases involving noise disputes or an individual storing items in a common area. The company also handles disputes between condominiumboards and contractors, and between boards and property management companies.

That said, “If people can settle disputes amongst themselves, that’s really the best option,” King said. “Sometimes people will call and they’llbe so angry, and it’s really not a huge deal.”

If the problem involves personality rather than legal conflicts, the board may have to handle it themselves. For example, if owners are routinely belligerent to property management staff, it may be time to reduce office hours. If inboxes are being filled with angry e-mails, create an association e-mail and require that all communication be routed there to be consideredofficial. That should also cut down on abusive phone calls to staff.

Patience can also be key in restoring harmony. “One time, I mediated a conflict out in California where the original parties had moved out of the association, but the conflict had outlived them,” said Martirossian. “The people there didn’t really know how it got started. But when you bought intothe condominium, you immediately had to take sides. By the time I came to the conflict, it had been brewing for seven years.”

Relations had become so strained that every member of the board had been arrested: One faction would host meetings – which were supposed to beopen to all owners – in their home. Members of the other faction would try to attend, and the host would call the police and have them arrested for trespassing.

It took 18 months of “slow work” to resolve the situation. “Everything was a conflict,” said Martirossian. For example, a sauna needed repair. A former board member, a mechanical engineer, thought he could fix it and save the association $5,000. The current board opposed the idea, and it led to “a meltdown.”

She resolved the situation by suggesting a bet: The engineer offered to take the board president out to a fancyrestaurant if he couldn't fix the sauna. The president replied, “Go for it.”

“It was an unorthodox approach… but it moved them a long way” toward repairing the relationship, said Martirossian. (As it turned out, he was able to repair the sauna.) 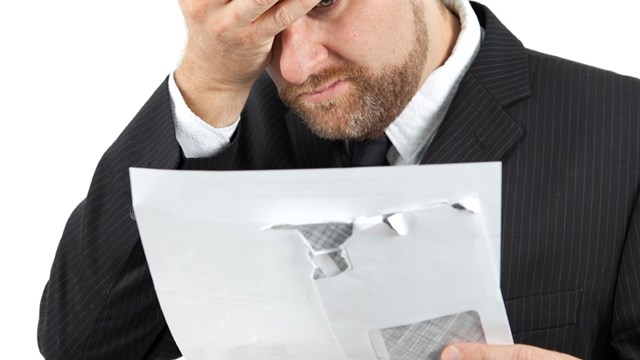