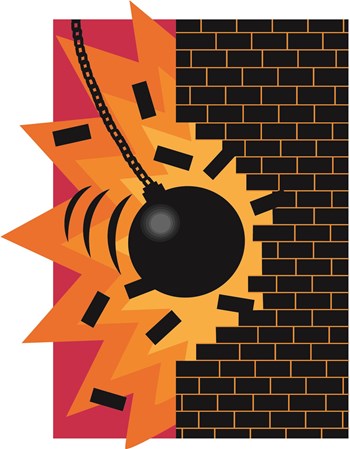 Cities are crowded. That’s a simple fact. In the best of circumstances, there’s noise, dirt, dust, and the usual urban pests. Add to that the construction of a new building next to or nearby yours, and annoyance can quickly become overwhelming. Clearly, the owner of the property under construction has a right to build his or her building within the parameters permitted by local zoning and other ordinances. But what about the neighbors? What can they do to preserve their sense of peace and home amid a banging, booming and clattering process that can easily last months – or even years?

Where to Start Before They Get Started

Kathleen Strnad is an architect and engineer with Klein & Hoffman, a firm that has offices in Chicago and Philadelphia. “The first thing we recommend to our clients is to start a discussion with the developer and their team, so that communication begins even before ground is broken,” she says. “This provides the existing building proper representation from an architectural or structural engineering standpoint, as well as a legal standpoint, so they can understand what the demolition, excavations, and new foundation system’s impact might be to their building.”

“Typically, the developer of the new property approaches the existing neighbors,” says Sara Getlin, an account executive with Gumley Haft, a property management firm based in New York, “because when the demolition and construction starts, it most often does affect adjacent properties.”

Getlin goes on to explain that “the contact is made because it will affect their ability to proceed” with the project. “They want a good working relationship,” she says. “This enables you to ask for protective measures from them. Usually one of the first things that gets done is an agreement for access to your building, so they can do an existing conditions survey. You want that survey done, and done by a licensed engineer.” The survey will produce a report of property conditions before work starts, so that you have a baseline to compare to and know if there’s been damage after the work starts.

“These agreements are called license agreements,” says Andrew Freedland, an attorney specializing in co-op and condo representation at Anderson Kill, a New York City-based law firm. “Chances are if there’s a construction project going on next door, they’re probably going to need to come into your property to do some portion of their work. Make sure you’re protected. Sitting down and talking face-to -face goes a long way.”

Ellen Shapiro, a partner at the law firm of Goodman, Shapiro & Lombardi, with offices Massachusetts and Rhode Island, says she has never seen the type of agreement described above and commonly used in New York. “In the Massachusetts suburbs,” she says, “a developer is required to give notice of blasting by local laws to all nearby and adjacent owners. The developer is not required to do anything else. What a responsible condo board should do is tell all owners in the association to take photos of their units before the blasting occurs, and to take photos of the exterior of the property, so that if there is any damage you have evidence of it. If proper notification had not been made and blasting is about to begin, call the police.”

The Reality of Being the Next-Door-Neighbor

While efforts to protect you and your neighbors are available and advisable, the reality of living next door to an active construction site are still there. Increases in noise, dirt, dust, vibrations, traffic, pests and vermin, and some level of general misery are kind of inevitable. In addition to a license agreement, other plans must be made to protect you and your property during the demolition and construction period.

Perhaps the most obvious and persistent side effect of a long-term demolition and construction project is noise. “It is a factor with any construction,” says Strnad. “The level will depend on the type of activity. In the city center you’re more accustomed to noise to begin with, but in a more suburban setting the construction noise can become more noticeable. Often it comes down to what a city’s noise ordinances are. In residential areas they are often stricter. If noise is produced during an acceptable time frame put forth through local ordinances, there’s nothing you can do, because they are in compliance.”

Freedland points out that a good time to deal with this is when negotiating the licensing agreement with the developer for access to your property. “Make sure the work hours are reasonable hours, whatever the local standard is; 7 a.m. to 3 p.m., or 8 a.m. to 4 p.m. And don’t agree to weekend work or evenings. In New York, they can get a permit for work on Saturday from the Department of Buildings. Make sure you include that in your agreement, so you don’t have to listen to construction all day on Saturdays.”

Dust and debris are as pervasive in demolition and construction projects as noise. “To minimize dust and debris particulate during demolition of an existing buildings developers can ‘water-down’ the site,” says Strnad. “Basically, they hose down materials to capture airborne dust. As they demolish an existing building, they keep wetting it to minimize dust. They can also use fabrics to shield the area. Watering is the most efficient method.”

After demolition, particularly with the construction of high-rise properties, excavation and the construction of new foundations will be required. That’s where the vibrations kick in. Interestingly, according to Strnad, taller buildings are on deeper foundations, so they are more protected from foundation damage caused by next-door digging, blasting, and pile driving. Shallower foundations might have more serious problems like settlement, and might require underpinning. This is particularly true in places like Florida, where the natural geology predisposes the ground to sinkholes. The underpinnings used to support these structures are in any event similar to remedial actions taken to stabilize existing buildings beset with sinkhole problems.

Vibrations often “depend on activity and proximity,” says Strnad. “We recommend developers install a vibration monitor throughout construction. The affected building should also hire their own vibration consultant and install a seismograph. Most vibrations are felt during piling work.” Piles are often required to stabilize new foundations. Strnad also reports that some people – even those living in the same apartment – may feel vibrations differently, with one not noticing and the other severely affected by the same vibrations.

Perhaps the most disturbing result of living next door to the changing face of your neighborhood is the inevitable increase in pests that results from construction and demolition work. While we don’t see them—hopefully—we share our space with many creepy, crawly, furry little creatures. When their homes are disturbed, they seek new ones – and we have to hope it’s not with us.

Getlin adds that “when you negotiate an access or license agreement, cover this. Also, increase the visits of your own exterminator, and seal everything up.” That’s the approach she took when dealing with nearby construction in properties she’s managed. “The problem is unavoidable and an uphill battle, but it can be fought.”

Freedland explains that laws and regulations governing construction are found in both state and local ordinances and jurisdictions. Getlin, Strnad, Shapiro and Freedland all agree, though, that for the most part it’s local laws and regulators who oversee the process. In Massachusetts, the Massachusetts Code of Regulations has jurisdiction, and these regulations are administered through the local fire department and the State Fire Marshal. In Chicago, it’s the Department of Buildings and the Office of Underground Construction who have the most oversight responsibility along with those agencies governing historic preservation. In New York City, it’s also the Department of Buildings and the local community boards – and in relevant instances the Landmark Preservation Commission. Be sure to check with your local governing authorities if a project is about to begin near you.

In the end, Getlin offers the following advice. “Try to develop a good rapport with the point person for the developer. And be aware that your priorities are not the same as the developer. You have to remember that your priority is to protect your building and its residents. Sometimes that’s difficult. The developer has a lot of money on the table and they can be very emotional about it. Know how to stand your ground politely. Keep board and owners informed and be proactive. That makes people feel more comfortable. This is about their quality of life.”

Make sure the agreement is reasonable. You should be named as an additional insured on their policy, and make sure their work will be conducted among other things. Make sure you’re represented by counsel to protect yourself.

A J Sidransky is  a freelance writer/reporter with New England Condominium. 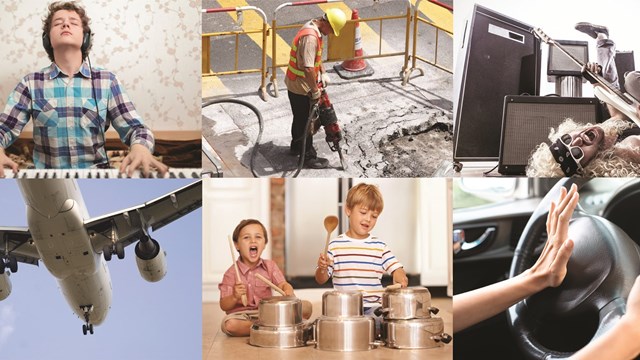 Sounds That Drive Neighbors to Distraction