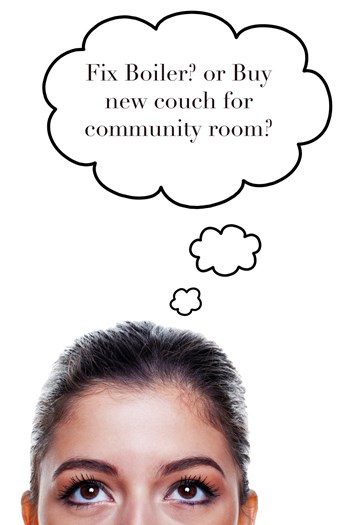 Now that the economy is looking better and heading back toward solvency, building administrators are more inclined to spend money on maintenance projects that they may have been putting off in years past. Of course, many community associations are still feeling the financial burden that has come about over the last few years due to increased operating costs, residents in arrears, defaults, and now repair costs in the wake of Superstorm Sandy, so they are considering the best ways to prioritize (or de-prioritize) certain maintenance/repair projects over others.

When it comes to spending money, it’s clear that a new boiler or roof should take precedence over a lobby refurbishing project—but sometimes knowing what items can wait isn’t so clear-cut.

Jules Lefcowitz, principal of Branford, Connecticut-based Community Planners LLC, which provides facility, maintenance and capital improvement planning, notes that many building administrators are looking for creative ways to save money and build up their bottom line, which is why they are taking a hard look at their maintenance and building improvement wish-lists—and making some tough decisions as they try to determine the projects they can afford to undertake, and which ones they need to put off until later.

While a small amount of reshuffling of priorities may be unavoidable when money’s tight, the process raises some definite questions about liability, long-term planning, and how boards and managers can make wise decisions in tough times.

It’s safe to say that any physical issues that require attention must be addressed in time. If an item is cosmetic in nature, there may be greater latitude in deferring its maintenance, although poorly maintained aesthetic elements can quickly have a negative impact on the perceived value of a building. Other than that, deferred maintenance on a building’s structural or mechanical elements will inevitably result in higher costs the longer they are ignored.

Ralph Noblin, P.E., president of Noblin & Associates Consulting Engineers in Bridgewater, Massachusetts, says that historically, many condos have put off doing siding work, perhaps fixing a piece here and there, but he’s starting to see a change in that philosophy.

“The industry is getting more mature and are realizing that the rotting trim doesn’t end there and there’s probably some rotting sheathing and if it’s bad enough, some rotted framing,” he says. “If you let this go too long, you’re talking about more extensive projects ahead.”

Although asphalt roads and driveways are not a life safety issue, Noblin shares, putting off fixes for too long could cost a condo some serious money. It could also lead to a slip and fall issue down the line, although insurance will most likely cover it unless true neglect can be proven.

Anything you do to finagle your time, Lefcowitz says, you should keep sound records.

“Boards and managers do leave with some frequency so information is key,” he says. “If these items become catastrophic because they have waited too long, you’ll want proper records to show the plan that was in place.”

Signs and symptoms of an impending maintenance crisis that boards and managers should never ignore or put off include cracks in exterior walls, roof leaks, roof tank leaks, excessive chimney exhaust, elevators that don’t level or otherwise operate properly and heaving sidewalk flags. These problems must be addressed immediately in order to avoid major problems and repair or replacement expenses.

“Maintenance projects that are a ‘must’ concern anything that is a public safety issue,” Lefcowitz says. “Fire alarms, replacing water heaters, dryer vents, elevators and any trip hazards in the community.”

If residents contact you about smelling gas, that’s a time to act right away, Lefcowitz says. He also recommends checking out any leaks or cracks that are reported to see how serious they are. Many of these issues can wait to be fixed.

Donna M. Turley, a partner with the law firm of Glickman Turley LLP, Boston, Massachusetts, says legally, the only “must” items for a condo or HOA are those that are required by local law or the condominium documents.

“Local law is usually concerned about fire hazards, so securing a quarterly testing of the fire alarm system is wise. You can check with the local building department for its requirements,” she says. “Annual maintenance of any building-wide machinery would be prudent, such as a boiler, or elevators. Otherwise, check your condominium documents. It may be useful to ask your insurance company to perform an inspection, since insurers may perform safety assessments without charge.”

Noblin says that there’s a facade ordinance in Boston—modeled after those in New York and Chicago—that requires condo owners (and all building owners) to have the exterior of their building inspected by a registered architect every five years, so condos need to plan for those expenses.

On Top of Things

One area where there’s a difference of opinion seems to be concerning roofs. While some experts will tell you that you can wait to do repairs, others feel you should make changes as soon as the first leak presents itself.

“Here in Massachusetts, roofing deficiencies have to be addressed sooner rather than later,” Noblin says. “If you have a roof that leaks in a simple rain storm, when two feet of snow comes along (like we experienced in February), water will get into the wood, sheetrock, fiberglass, and you’ll end up with mold. This should be on the top of a list as a ‘must do’.”

Lefcowitz says that while roof leaks shouldn’t be ignored entirely, sometimes minimal patching may be done with further work postponed until the next rain or after in order to assess the seriousness of the problem. The cost of a new roof will increase somewhat over time, but if a board can hold off spending that $200,000 or whatever it is for five to eight years, it might be worthwhile.

To Paint or Not to Paint

While painting interiors can often wait, painting the outside is another area that has diverse views on whether you should put it off or not.

Lefcowitz says sometimes you can steal another year on scheduled painting.

“There are different ways to plan it so you can stretch out cycles,” he says. “For instance, you can paint heavier elevations and just those sides that receive more exposure (west side of buildings).”

Noblin says that when he drives around New England, he often sees buildings with lots of mold and mildew (especially on the north side of buildings).

“You see black and green and it really looks bad. However, these buildings may have been painted just a few years earlier, so it’s not always necessary for a new paint job,” he says. “What they need a lot of times is careful cleaning and power washing. Some companies will tell you that water on wood is bad, but look at that three-day Nor’easter we had in November, that’s like 100 power washings. A talented company can come in and do some special cleaning and make it look like it’s just been painted.”

Besides, he adds, if a building is painted too often, the thickening of the paint will eventually cause the wood to start to crack and fall off.

According to Turley, legal and liability issues are different for boards than they are for management companies, as boards can be sued for breach of fiduciary duties (not exercising their authority in a reasonable manner), negligence (failing to remove known hazards), and failing to adhere to the mandates of the condominium documents.

“It would be difficult to win a lawsuit against a board based on equipment failure that resulted in mere inconvenience or service interruption,” she says. “It would have to be some greater form of negligence where the money was already in the coffers for a repair and the board failed to make the repair despite great risk to residents.”

Meanwhile, management companies are beholden to the board, and can be sued for breach of contract. It is not obligated to individual unit owners.

“For a management company, unless otherwise dictated by its contract, its legal obligations stop at informing the board, making a recommendation for repair, and if required by contract, overseeing the repair,” Turley says.

Every board should be able to rely on its management company to direct the satisfaction of the building’s maintenance needs and schedule.

It’s always good to have a maintenance plan and strategy in place, but sometimes something like Superstorm Sandy comes along and serves to aggravate existing repair and maintenance issues and reveal latent or other defective conditions that perhaps did not seem critical but now must be addressed.

Turley notes that any sizeable condominium should have a long-term capital improvement schedule developed with a building engineer so that it can be at the ready with both funds and bids.

Remember, putting things off doesn’t solve the problem. “Inflation waits for no man,” Lefcowitz says, “and prices on just about any project will only go up over time.” 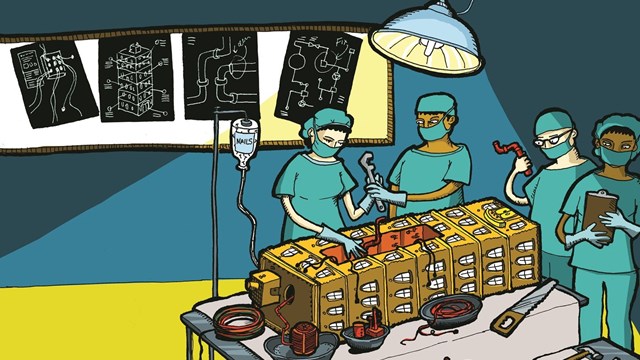 Inside A Building’s Anatomy 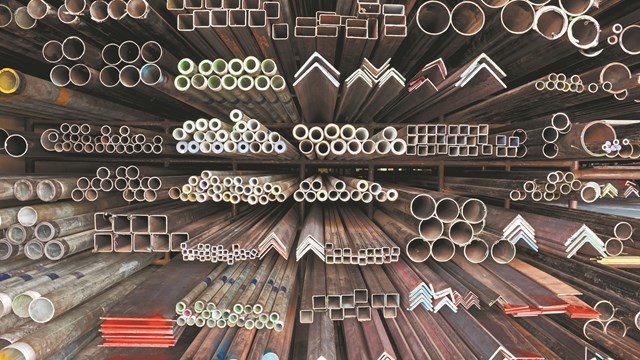