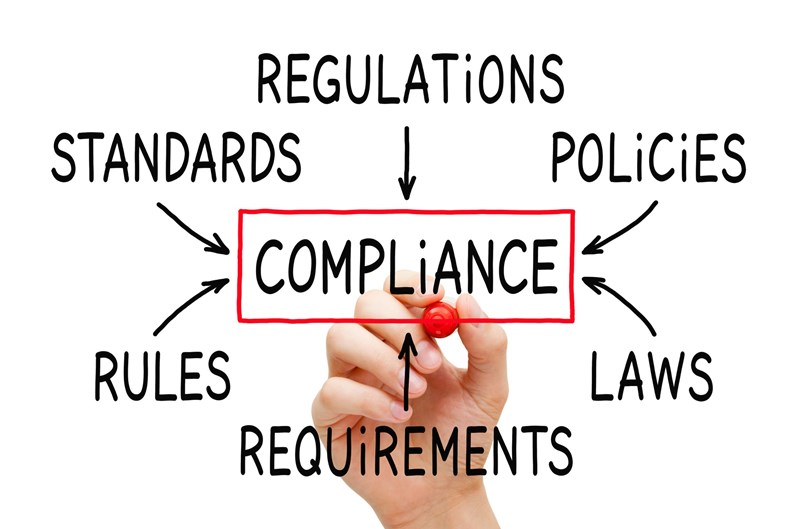 It’s a common bit for comedians and TV sitcoms: making fun of the ‘condo police’—those neighbors who take it upon themselves to enforce the rules set up by your condominium association or co-op corporation to regulate community living. They are sticklers for detail; Is your mailbox at the right height? Do you have contraband plantings in your flowerbeds? Are your window treatments approved in terms of both color and configuration?

Funny or not (and depending how you feel about having to get approval to repaint your shutters, it may not be), in reality, co-ops and condos have rules—lots of them—and for good reason. Successful community living requires structure. Some regulations appear in your governing documents—the bylaws, usually—while others are found in less formal documents outlining ‘house rules.’ In any event, the question is how these rules are enforced, and who does the enforcing.

Mark Hakim is an attorney specializing in co-op and condominium law with the firm of Schwartz Sladkus Reich Greenburg & Atlas, based in New York City. “The house rules in a co-op or condominium are rules and regulations promulgated by the board, and amended from time to time,” he says. “They’re intended for the general welfare of the residents of the building. They include—but are certainly not limited to—noise, pets, sublets, smoking, use of the hallways and common areas, carpeting, windows, plantings, and other quality of life matters.

“In co-ops, a breach of the house rules is generally a breach of the proprietary lease, permitting the board to treat it as such,” he continues. “In a condominium, one would need to review the bylaws to see what rights the board may have.  In both, how each is drafted and whether the lease and/or bylaws permit fines will determine what the board may do, short of drastic measures.”

Hakim goes on to say that enforcement of any and all rules must be handled in a fair, nondiscriminatory way, but when reviewing the totality of the circumstances surrounding the alleged violation, “The board does have leeway—known as the Business Judgment Rule—in determining when and how to enforce.”

In many cases, there is also a question of what rules and regulations passed by the board may cover. In Massachusetts, explains Richard E. Brooks, a partner at Braintree-based law firm Marcus Errico Emmer & Brooks, boards can make rules that govern common areas—not the interior of condominium units.

“If there is a violation of a reasonable rule relating to the common areas, the board can enforce it,” he says. “They can’t make one about what someone does inside their unit, though. Say they might want to limit rentals in any number of ways. They might not want more than a certain number of the total units—say, 10 percent —to be rented. Or they don’t want one person to own more than a certain number of units. That would be a problem. They can’t do that because that’s telling unit owners what they can do inside their unit. Boards can make rules about what you can put on your deck, or where you can park your car, but not who can live in your unit or what or who you can put in your unit. Boards are in charge of common areas of the association.”

Boards and managers walk a fine line when dealing with neighbors in residential communities such as co-ops, condos, and HOAs. While the unwritten covenant is to make that extra effort to live within both the letter and the spirit of the rules and get along with your neighbors, conflict inevitably erupts. Clearly, the first attempts at getting community members to at least coexist harmoniously is to persuade them —nicely—to ‘go along to get along.’

“Generally, I find the most effective way of getting folks to play by the rules is to discuss it with them and encourage open communication,” says Hakim. “Obviously, if that does not work, then the threat of enforcement is next, followed by fines, if applicable. Residents must remember that they do not live in a bubble and what they do can adversely affect the quality of life of those who live nearby.”

Hakim’s mention of fines brings up one commonly used ‘stick’ that may be employed after the ‘carrot’ has failed to achieve compliance with community rules. “Typically, for a fine structure to be upheld by a court, the governing documents—the proprietary lease or bylaws—must permit the enactment of it. If it is not permitted, then an amendment to the lease or bylaws is necessary, but may be difficult to obtain, given the voting threshold of many buildings. Once it is permissible, then a house rule setting the fine structure should be enacted, and a copy delivered to all residents. If a shareholder or unit owner does not pay the fine, it will be added to their account, and must be paid at some point; it doesn’t just go away. I explain to boards that they should maintain the records of that fine to avoid it later being challenged without the building having documentation of it.”

According to Brooks, fines are a necessary component in the condominium environment. “Fines are the most effective means of enforcement, because people control their behavior relative to their pocketbook. Some challenge fines when they believe they haven’t committed the infraction for which they’re being penalized, but if they admit they have done it, they tend to pay.” Brooks uses the example of illegal parking. “If there’s evidence of the behavior, like a photo, the person will pay rather than challenge the fine,” he says. “If you put the fine on the unit owner’s account and it’s a lien and you leave it there, it can be effective because it gets to them, and it grows.

“This method also tends to curb the bad behavior,” Brooks continues. “If you move the infraction to your association’s attorney after multiple fines, the attorney will instigate a foreclosure or court injunction and order payment, plus legal fees. At that point, the owner will definitely pay attention.”

Brooks also cautions that no matter how large or small the association, boards should never ignore rule-breaking for too long. “Let’s say someone builds something they’re not allowed to—like a bench. If no one says anything for too long and others do the same, and then a new board comes in and tries to enforce the no-benches rule, it becomes much more difficult. You’ve allowed the infraction for too long,” he says, and it becomes a fact on the ground.

Another potential disciplinary action boards can take against owners and shareholders who flout the rules and regs is to limit their access to community amenities, like a pool or a gym. Both Brooks and Hakim advise against this.

Brooks sees barring owners from common areas or amenities as very detrimental to the association. “It’s difficult to do in Massachusetts to begin with,” he says. “How do you enforce it? It can become very ugly. If an owner is revoked access, he might say he has an undivided interest in the common areas in the deed. How do you take that away? I don’t like it, but sometimes owners don’t challenge it, so it can in some cases be effective.”

While thinking outside the box is usually a good thing, the pros who contributed their expertise to this article generally feel that boards should avoid getting ‘creative’ when it comes to rules enforcement. “The board cannot discriminate in its application of the house rules,” says Hakim. “Eighty percent carpeting generally means 80% carpeting. The Business Judgment Rule does permit a board some flexibility depending on reasonable facts, allowing them to enforce or delay enforcement from time to time, including the issuance of a warning rather than a fine, for example.

“That said, it’s important never to show or have favoritism in rule enforcement,” he continues. “Residents are generally accepting when the enforcement of a rule differs slightly based on facts, the board wishing to seek an amicable solution, and similar items.”

Brooks also cautions against even the appearance of discrimination. “There are legal consequences for unequal enforcement,” he warns. “If you don’t enforce rules equally, and go to court, an owner could have photos and evidence that they were treated unfairly. It looks bad for a board. A court will research the matter—and it can create a terrible environment and often results in a board being removed. If it’s discriminatory, it could bring a lawsuit—a very serious one.”

Who Should Do the Enforcing?

“The board enforces the rules,” says Hakim. “The building staff are the eyes and ears, but should generally stay out of enforcement. However, if a resident is not permitted the use of an amenity, for example, it would be acceptable for the staff member to remind the resident of that. If the resident refuses to leave, then it should be reported to the board. I prefer that staff members who are involved in the daily lives of residents not get into confrontation with anyone.”

Brooks further cautions that “traditionally, a unit owner or a board member would report a violation to the full board and/or management, and management will then provide an enforcement letter. It’s less personal than a board member getting involved. With respect to the current COVID crisis, this is very important. In all cases, building employees should not get involved in enforcement—and board members should use discretion before commenting themselves. That really depends on the situation as well. If it’s minor, okay, but it should be done in a very polite way.”

Community rules are there for the benefit of all residents. They may not be universally liked, but they must be obeyed in the spirit of community harmony. Boards must consider all options when seeking enforcement, but always make sure that enforcement is within the law, the community’s documents, and in the best interest of the community.

Nancy Higgins on Where Does It Go?:
I would like to subscribe to your newsletter but when I enter my info as above it keeps getting rejected. Please let me know how I can succ…
joyce nathan on The Water Way:
I have a problem in my condo in greenwich ct. Water is leaking into the top floor unit, (mine) and I need to find a licensed engineer to as…
Bonnie on Living By the Rules:
Can a Board limit the number of renters inside a unit to a number that is less than the legal limit defined by local town occupancy laws?
Lorraine Downing on Universal Design & the ADA:
I appreciated your column on "Universal Design and the ADA". While I do not have mobility issues, at this point in time, I am a person with…
Mark Shoe bow on When Associations Borrow:
Interesting article you know anybody in the metropolitan Detroit area specifically Farmington Hills Michigan that are versed in condo loans…