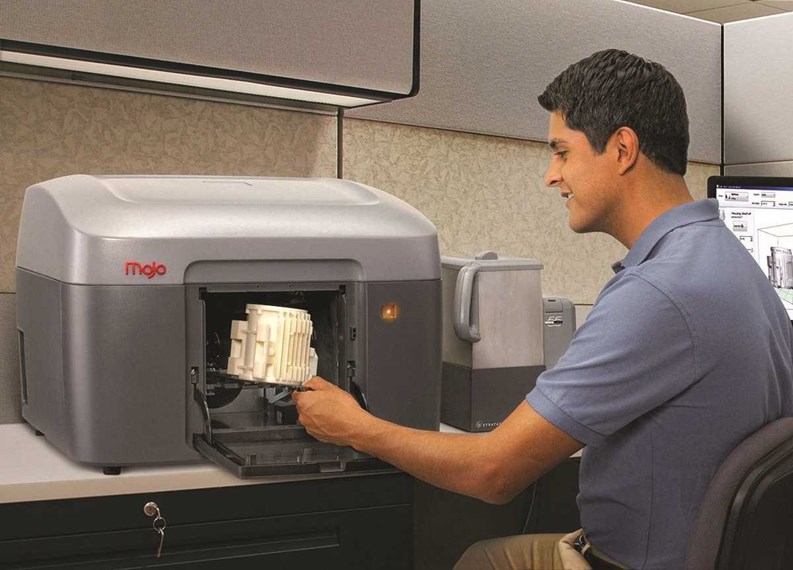 It’s a sad fact that the artisans and craftspeople who created some of the most  beautiful, distinctive interior and exterior architectural elements for  residential buildings are an endangered species. The proliferation of sleek,  glass-and-steel architecture, combined with the rising cost of materials and  labor have made the ornate, heavily-ornamented facades and interiors of prewar  buildings truly things of the past. Now, the stonemasons, sculptors, and other  craftspeople are aging or gone; fewer and fewer are taking up their trades as  demand for them has dwindled.

“Stonemasons that used to carve stone—that type of person is very hard to find nowadays,” says Joakim Aspegren, a principal with New York City-based Architecture  Restoration Conservation. “There’s not as great a need as there used to be fifty or a hundred years ago.”

While the near-extinction of architectural artisans themselves is cause for  concern, there is a silver lining here. The availability and affordability of  old-fashioned architectural elements is changing, thanks to new technology and  so-called '3D printing' that enables designers and architects to use digital  imaging software and cutting-edge fabrication techniques to create not only  exact replicas of ornate cornices, moldings, and other building elements, but  to create them from scratch, custom-built for brand new construction projects.  Indeed, in the future, the technology may be used to diversify and enrich  residential architecture in ways that up to now have been cost-prohibitive.

The diversity of American architecture, from the ornateness of the early  twentieth century, the celebration of modernism in Art Deco and contemporary  styles in later decades gives urban centers their personalities. And preserving  the older buildings has a great deal to do in maintaining that diversity. The  artists who restore building elements, whether using 3D printing or more  traditional methods, provide the elaboration that collectively makes cityscapes  as interesting as they are today.

Jill Kenik, for example, the president of Rhode Island-based Acropolis Studios  and a pioneer in computer-based fabrication technology, often works in  miniature. “My role in recreation of historic building components is primarily in  replication and reproduction of the smaller fine details, such as door knobs,  discreet signage, door or drawer pulls, window latches—things along those lines,” she explains. “Most often I work in metal and am tasked with reproducing metal components. I  sometimes refer to what I do as ‘jewelry for the buildings.’ It’s the attention to those little details that help to make the historical  buildings so wonderful.”

What is 3D printing, why does it work, and how is it different from what was  used previously?

“Digital scanning, or 3D scanning, is a system for capturing surface information  into a computer program, where details can be reconstructed, duplicated or  enhanced,” Kenik explains. It is an additive process, and is therefore distinct from  traditional techniques, which involve removing material by cutting and  drilling, and are subtractive.

Kenik’s company created a replica gas valve for a restoration project pertaining to an  African School house. “The lighting manufacturer brought in bits and pieces of several original gas  valves,” she recalls. “None were complete, but we used scanning technology to capture a detail here and  there, and ultimately developed a good reproduction, with an adjustment to  carry electrical lights instead.”

Just how she managed to do this is something that, not long ago, was the stuff  of science fiction. “I use several software packages to work on the reproductions. The most  fascinating for me is a Sensible Technologies product called Freeform. It is a  haptic system—I can actually feel what I'm working on digitally,” Kenik says. “I can roll it around on my computer screen and literally sculpt, but most  importantly for me, I can feel the surfaces.” Freeform is, in effect, virtual sculpture. “I am first and foremost a sculptor and have an intense need to feel the surfaces  of the parts as well as see them. I know this sounds corny, but my fingers are  really like a second set of eyes.”

Moreover, just as the writer of freelance articles does not have to re-type  edits but can cut, paste, delete, and replace text with a few clicks of the  mouse, Kenik can easily modify her changes to the sculpture—an ability that would have made Michelangelo drool. “The Freeform system gives me a tool to speed along my processes and allows me to  quickly make and undo a variety of changes that would take hours of handwork.”

That’s just the model. When that is done, there is the matter of translating the  computer rendition into something real. For this, Kenik uses CNC Machining—which stands for computer numerical control machines. “This process starts with a block of material and cuts away until the desired  part remains,” she says. “It allows for a wide variety of material selection, such as brass, silver,  plastics, waxes. The big advantage is the high quality of the surface details  and the smooth, precise finishes I can obtain.”

Another option is the aforementioned 3D printing. “The digital model is sliced into very thin layers and then output to build the  model layer by layer,” she says. “It works a lot like an inkjet printer, but an inkjet printer just sits one layer  of material on a piece of paper, where a 3D printer stacks layers upon layers  to develop a three-dimensional item.” There is a wide range of materials to use, mostly polymers and waxes. “3D printers require a commitment to a particular type of material—materials can't be easily changed and in most cases can’t be changed at all. You can’t go from plaster to plastic on the same machine.”

There are advantages and disadvantages to each method. For 3D printing, Kenik  says, “a big upside is speed, but compared to CNC milling, the surface quality is not  nearly as good. For example, I needed to make a particular model—ultimately, the project required about 40 pieces of similar size, but completely  different designs. I CNC milled the first one; it took seven days and hours and  hours of writing tool paths. Not to mention that as the part become thinner and  more fragile as it moved closer to completion, the risk of error or failure  increased exponentially—along with my blood pressure. The piece was really nice when it was finished,  but there was no way time would allow for that level of processing. The same  piece 3D printed in five hours and I was able to sleep. The printed part took a  few more hours of surface finishing, but 3D printing made the 40-piece project  happen. It was the only possible solution.”

As these new methods evolve, traditional techniques are used much less. “A lot of the work that’s being replicated these days is done in a way that doesn’t require too much craftsmanship,” says Aspegren. It might be tempting to write off this sort of computerized  assistance as less than artistic. Nothing could be further from the truth. Just  as a fancy set of clubs doesn’t make every weekend golfer into Tiger Woods, so technology is so substitute for  artistry.

“My shop has five CNC mills, one 3D printer, three 3D scanners, multiple seats of  high end software, 15 computers,” says Kenik, who did fabrication for the U.S. Senate gift shop. “At the end of the day, all these technologies are simply tools in my shop and  there are days when pliers and silversmithing hammers are far more valuable.  These are tools, not answers. People that think technology is the ultimate  solution to problems are wrong. Technology is nothing more than a tool to allow  me to do better, or do quicker. It is not a replacement for me or my  traditional skills.”

However well-honed the traditional skills, technology continues to grow. Just as  VCRs once cost $600 and gave way in time to $30 DVD players, replication  equipment that once was prohibitively expensive has become affordable.

“About three years ago, I attended a seminar where the speaker said soon people  would have a 3D printer sitting on their desks, right next to their regular  printers,” Kenik recalls. “That is happening right now! There are probably at least half a dozen 3D  printers in the $1,000 to $2,000 range, vs. three years ago, when low end entry  was $30k to $50K. That’s amazing. The outputs aren’t half bad — not up to my needs, but well worth watching and certainly good training ground  for the upcoming generation of students.”

And, yes, there is an app for it—a free one: 123 Catch, by Autodesk. With it, you can take a series of photos,  upload them to the server, and within minutes, the company will return a  digital model. Mario Caicedo-Langer, an artist who tested the app, writes, “It’s all about what do you want to do, how do you want to do it and what is the  best option for your project. There are a lot of things you will never achieve  without a computer. But there are a lot of things a computer won’t be better than the human hands, too.” He calls the 123 design app “just another tool in my toolbox. A powerful, fantastic and awesome tool in my  toolbox.”

All of this is fine and dandy, but boards of trustees of condos, co-ops and HOAs  tend to have three criteria in mind when choosing how to implement a  restoration project: money, landmark designation, and aesthetics. “The desire to stay true to organic use of materials is very much driven by the  client’s objectives,” Aspegren says, “and also by their financial requirements. It is also driven by whether the  building is landmarked or not. Those are the three factors.”

Greg Olear is a freelance writer and a frequent contributor to New England  Condominium. Editorial Assistant Tom Lisi contributed to this article. 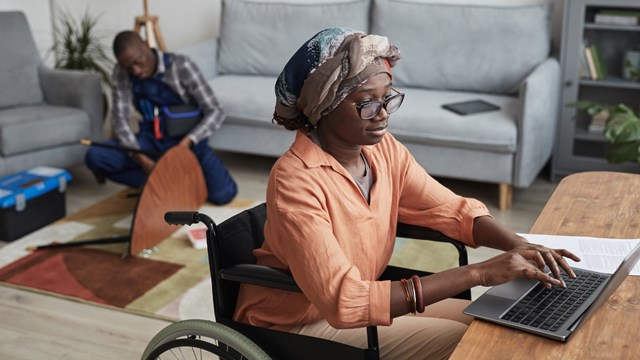 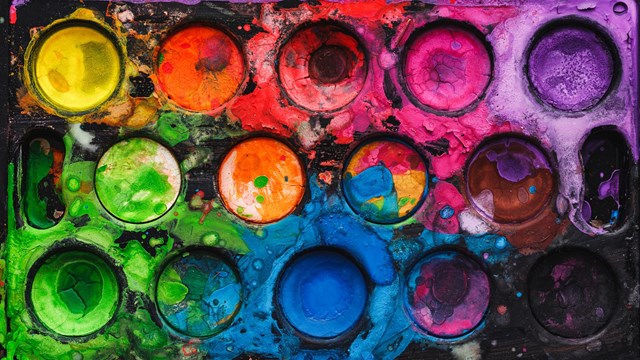