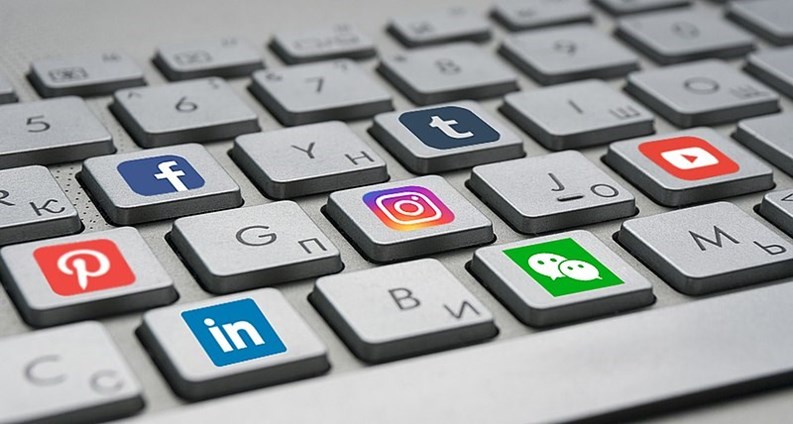 From news to politics to finding that ultimate barbecue recipe or just staying connected to family and friends, social media has become entwined in the fabric of our lives. In fact, it’s so ubiquitous that it may come as a surprise to learn that when it comes to the world of co-op and condo communities, social media – whether it be a Facebook group, an Instagram account, or even a Twitter feed – has yet to really reach critical mass. In fact, social media is glaringly absent from communication channels in residential communities. That’s not to say co-op corporations and condominium associations don’t use web-based technologies to communicate; they definitely do – just not the big-name platforms most people take for granted in their individual lives.

Stuart Halper, Vice President of Impact Real Estate Management in New York, attributes the lack of social media in residential community life to its tendency to become a platform for grievances. “It can be harmful to a co-op or condo,” he says. “You don’t want residents airing ‘dirty laundry’ in a forum that anyone can see. There’s always the possibility of a disgruntled owner or shareholder misusing it. And frankly, board members could misuse it as well.”

Michele Schlossberg, a property manager with Gumley Haft, another New York-based management firm, and president of her co-op in Brooklyn, agrees. “In co-op communities, people talk to each other,” but social media is another thing altogether. “Shareholders ruminating on Facebook or Twitter can get pretty ugly pretty quickly,” she says, “[and] misinformation gets disseminated.”

The management pros consulted for this article were generally of the view that the temptation to unload on social media is too great – especially in the rarefied, insular world of a co-op or condo building – to be worth the effort of establishing, maintaining, and moderating official profiles for buildings or associations. Giving residents the opportunity to say online what they wouldn’t (and probably shouldn’t) say in the hallway could quickly set not just a bad precedent, but could also create a toxic atmosphere in the community as a whole.

Led Black, a social media consultant in New York, says he has never encountered an official Facebook group for a co-op or condo – but he has seen the platform used in the sales and marketing of co-op and condo units.

“As far as real estate is concerned,” he says, “social media is a cost-effective way of reaching potential customers. I would advise sales agents, managing agents, and brokers to maintain active social media accounts where they broadcast their listings, but more importantly also listen to what their customers are looking for in their online comments. I also would advise them to look into advertising on Facebook and Instagram, because you can set your own budget and get very granular with your targeting. A healthy mixture of organic and paid engagement can get more properties sold.” (For more on what next-gen home buyers are looking for, and how they’re finding it, visit https://cooperator.com/article/younger-buyers-new-approaches)

Bobby Woofter, a real estate agent with My Boston Condo in Boston concurs. “Social media leans more towards advertising,” he says. “Condo associations themselves are not looking to hook in new people. When units are for sale, you see social media used by marketing teams. The social media presence for a unit or an entire building generally isn’t maintained after the property is sold, or after the project is sold out.”

Tech That Co-ops and Condos Do Use

Web-based technologies are primarily used by co-op and condo residents, boards and managers for the purposes of communication about building issues, and for notifications. As Halper points out, the main means of communication for many years has been email. In addition to regular email, there are web-based applications such as BuildingLink that provide an ‘intranet’ of sorts for individual buildings or associations as a way to communicate with each other in a completely private, secure forum.

Meryl Sacks, President of Sacks Real Estate Management in New York City, describes BuildingLink as “an information and communication software system. Its most heavily-used aspect is communication between building residents and management through email – especially emergency notifications, which can be broadcast through email or cell phone.” The key to success for any building when using this technology, she explains, is to have current, up-to-date contact information for each resident in each apartment.

Schlossberg also uses BuildingLink. She says the four most useful modules in the application for her client buildings are E-blast, which sends out messages; the package delivery module, which notifies a resident when a package has arrived and is being held for them; the security module, which adds an additional layer of security through KeyLink to guard spare keys left with the building super; and work orders, which can track not only work being done in the building and in individual apartments, but can also tip maintenance staff off to potential developing problems like chronic drain clogs in a particular line of apartments, which might indicate a larger plumbing issue.

One real-life example of how connective technology has improved the operation of a building comes from Ann, the president of a 56-unit co-op in New York’s Upper Manhattan. When she began serving on the board some seven years ago, she says, “We were still carrying around piles of paper and folders to meetings. We were looking for ways to communicate better and to access documents. For a while, we were using Google Drive, and that worked well, but with BuildingLink we have better access, and shareholders can also access documents themselves. If someone needs an alteration agreement, they can access it.” But, she stresses, many still call the managing agent and ask for items they could find themselves on BuildingLink. Ann also mentions that the board members still communicate pretty much through direct email and text.

Ann’s remark about people defaulting to calling the manager even when a few keystrokes could answer their question highlights the challenge that’s often folded into the convenience of web-based management tools. For any management support software to be successful, residents have to be willing to actually use it. Residents must be technologically willing participants, and must also be diligent about checking email, since that’s how the bulk of notices, alerts, and other information is broadcast via these apps and systems. If you don’t check, you don’t get the notice. All of the experts who weighed in for this article indicate that they still slide paper notifications under apartment doors as a backup, although with some online services, one can select out those residents who haven’t received their notification via the service, and deliver paper notifications to those units only.

Other technologies used by residents in co-ops and condos (as well as tenants in some newer rental buildings) are phone-based applications for things like answering the intercom, setting heat and A/C temperatures, and managing package delivery in the absence of a doorman or lobby attendant. While these applications are popular, they are in no way related to social media.

Is There a Future for Multifamily Social Media?

The future of social media in the co-op/condo/HOA arena is a bit of a question mark. As Ann, the president of the Upper Manhattan co-op points out, who’s following it? Schlossberg doubts that it is something that will ever become embedded in community lifestyles. What information would be shared there that can’t be shared more directly (and with less chance of toxic crosstalk) via email, text, or flyer? “When people come home from work, they are tired,” she says. “They may want to check their own social media accounts, but I doubt they want to join a discussion online about the new scratch on the wood in the elevator and how it got there.”

Alternatively, as younger owners, particularly millennials, enter co-op and condominium buildings, some pros predict they’ll find a way to adapt their already considerable social media habits to the lives of their buildings and HOAs. Woofter suggests that the first place where social media may show up in the life of residential real estate outside of sales and marketing is in new, ultra-luxury buildings with very young populations. From there it might spread to co-op and condo communities – but that’s a long way off.

In the meantime, keep checking under your door for those notifications. Because most likely, you won’t be receiving a tweet about the end-of-summer barbecue on the roof this Saturday. 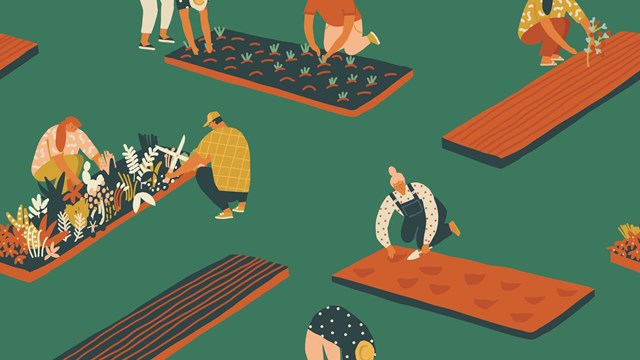 Planning and Maintaining a Community Garden