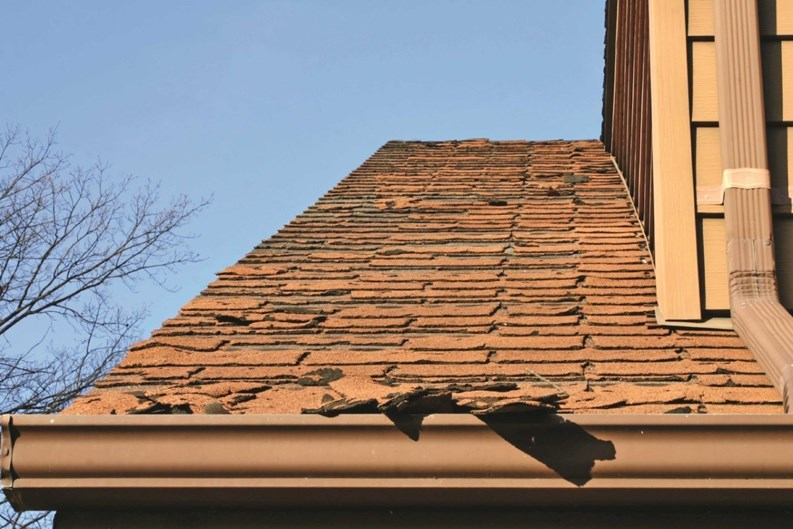 "We see a wide range of reactions" when association board members and owners are presented with the cost of repairs, Fernandes says.

"Most associations don't have the money on hand," says Stephen DiNocco, CMCA, AMS, principal of Affinity Realty & Property Management, LLC in Boston. But, he adds, "Your first obligation is to maintain the property."

Save for a Rainy Day

That leaves associations and owners with a limited array of choices when reality strikes. In addition to using therainy day fund that should be waiting for such an event, associations can impose special assessments—often running well into five figures per unit —or borrow the money and raise monthly condo fees to repay the loan.

"The fairest approach is to save money in advance, or do a supplemental assessment at the time you do the work," DiNocco feels. "The people that used (the component) up should pay for it."

But with escalating costs, few associations have enough funds tucked away for even the most anticipated of projects, Fernandes says. "Material costs alone have increased by 40 percent just in the last few years," he says. "Rising costs of petroleum affect everything, not just material costs, butalso contractors' costs and supplies. It's a snowball effect."

Faced with those burgeoning costs, associations are increasingly borrowing money to bridge the gap between what they've saved and what they need. "We see a lot of associations that have been in existence for 20 or 25 years, and for whatever reason, they weren't able to save enough to cover today's cost for roofing, asphalt, siding," says Daniel A. Picha, vice president/portfolio manager of community association banking at Rockland Trust in Plymouth, Massachusetts.

Rather than shock homeowners with huge special assessments, he says, associations frequently turn to loans to spread out the costs. "A loan can alleviate that burden, especially if there's a pressing problem like a septic replacement or a roof. Associations are taking advantage of the fact that today there are banks willing to work with them."

It wasn't always the case. When condominiums were new on the New England scene, financial institutions weren't open to association loans because they didn't view the common fees that owners are obligated to pay as collateral. "They didn't always understand the value of the collateral," Picha says. As condominiums have matured and the market has grown, that situation has changed and a number of banks have entered the community association funding arena, though Picha says that "not every bank has gotten to that point yet."

"A lot of associations opt for special assessments, and they're fortunate if they're in a situation where they can do that and collect the money," Picha says. But, he adds, "I live in a condominium. I'm on the (association) board where I live, and I'd have a hard time putting a special assessment on my neighbors."

A few years ago, homeowners in a Georgia condominium community tried to oust the entire board over a $24,000 per-unit special assessment they said they couldn't afford. Last year, owners at two Chicago condominiums were shocked when hit with $100,000 special assessments to cover multi-million dollar repairs they claimed stemmed from shoddy construction. In December, unhappy homeowners at a Farmington, Connecticut community gathered at a board meeting after learning they had just a few months to come up with about $10,000 each to pay for a siding replacement project.

Special assessments clearly capture the attention of homeowners—so it's no wonder that boards are looking for alternatives.

"No one really wants to borrow money, but in many cases, it may be the best solution—especially now, with a downturn in interest rates. It's a good time, if people want to take advantage of those rates," Picha says. "Association boards are managing a large asset, worth millions of dollars. Their goal is to keep that asset going, and borrowingmoney for these large projects may be a good solution for them."

How to finance a major project "really depends on the mindset" of the community as a whole, DiNocco says. When faced with an expensive project, one association he manages decided to implement a supplemental budget and charge homeowners $6,000 to $7,000 each to cover the cost. Others have borrowed funds and then increased monthly fees. "A loan can be a useful tool when you have to come up with a million dollars," he explains.

An association that was facing millions of dollars of work over a five-year period—making homeowners responsible for as much as $140,000 each—talked over the options and decided on a combination approach involving increased fees, loans, and a special assessment. There were, he admits, some owners for whom the bill was simply too high. "I told the board president, some people can't afford that, and he said, 'they'll have to sell.' And five people did sell." On the other hand, doing the work and accepting the expense that went with it improved the property and benefitted everyone. "It may be a bitter pill to swallow, but as a board, you have to do what's right for the property as a whole, not a few individuals. The majority of the ownersdeserve to have the property maintained," DiNocco says.

But, he cautions, associations would do well to avoid getting into such situations to begin with. While there's always the possibility of an unexpectedexpense, most condominium projects can, and should, be anticipated. "We watch things; it's rare that you get caught off guard about having to replace a roof. With most issues, you know what's happening and you have time to put it together," he says.

Key to the process, everyone agrees, is staying on top of things as a propertyages. A reserve study is not meant to sit on a shelf after its creation. It's a document that needs to be reviewed, and updated, on a regular basis.

The initial reserve study for many associations was conducted when the community was just a gleam in the developer's eye, Fernandes says. Long before any concrete was poured, a study was done that laid out the replacement costs of various components as part of a public offering statement prepared by the developer. But those numbers can have little relationship to the final project, which may have undergone any number of changes along the construction route. And it's likely that those numbers relate to developer costs—not the prices that an association will have to pay down the road.

"The prudent association will do its own reserve study when it takes control of a site (during the transition phase)," Fernandes says, "and it should be updated every three to five years." Some components may hold up far longer than their original anticipated life spans. Others may fail more quickly. And some may age unevenly, due to weather conditions on different surfaces of a building.

"You have to look at how things are wearing," Fernandes says. "The other purpose of a reserve study update is to keep pace with inflation. A lot of problems associations are facing today are because the reserve funds didn't keep up with rising costs."

"If associations updated their studies every three to five years," he concludes, "they might be a little under-funded, but not as dramatically as what we're seeing in the last few years."