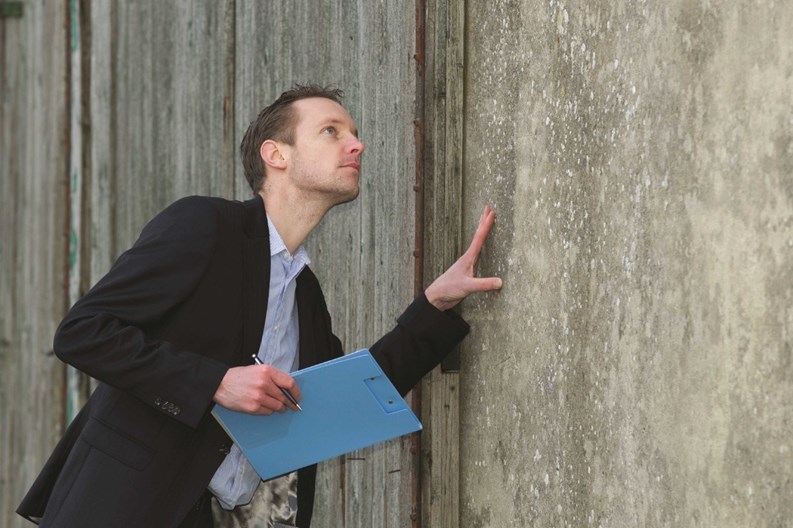 Remember the old jingle, ‘it takes a licking and keeps on ticking’? It was the famous tagline from the Timex watch advertisements. The gist of the ad is that no matter what you threw at it, a Timex watch kept working.

If you think about it, a building’s exterior is almost like a Timex watch. Each year, Mother Nature throws its best curveballs – intense sun, high winds, fierce rains, heavy loads of snow and ice, and frigid temperatures – at the outside of your condo buildings. Don’t forget the pollution, dirt from such animals as pigeons and, of course, any items that accidentally hit the exterior. The exterior continues to stand and takes it all in. Well, almost. A building’s exterior can take a lot of abuse, but after time, it does begin to show wear and tear and needs some TLC.

“New England is located in a very harsh climate made up of many different regions,” says Jeff Barnes, building envelope consultant at Atlantic Restoration Corp. in Woburn, Massachusetts. “The areas that make up the seacoast see more wind and salt/sand damage from extreme weather events such as Nor’easters. The western and northern regions go through harsher freeze-thaw cycles, which can put severe strain on the components that make up the building envelope.”

The Root of All Evil

Due to this harsh climate, Russ Fernandes, principal/senior vice president of Becht Engineering BT, Inc., in Boston, says that most common problems are probably storm and/or weather damage to roofing and siding.

“Water is the root of all evil when it comes to buildings, so such damage must be identified and repaired in a timely manner,” he says. “Lately, we have been finding problems with wood decks and balconies, especially on buildings built in the 1980s or early 1990s. Many were not properly constructed to begin with and, given their age and exposure to the elements for that period of time, are becoming problematic. During spring inspections, we also find asphalt paving and concrete that has been damaged by the elements.”

Barnes says that the most common problems he’s seen in the area during reviews include “waterproofing deficiencies, such as failed flashing systems, cracked/split sealants, clogged weep vents, peeling/cracked deck coatings and vertical coatings; masonry deficiencies such as cracked/spalled brick or stone, and missing/failed mortar joints, along with concrete deficiencies like spalled or cracked concrete, and delaminated concrete.

“Roofing and siding issues also become evident as missing or loose shingles on sloped roofs and punctures in low-sloped roof membranes, along with failures in their components, such as sealants, adhesives and the like,” says Barnes. “Siding deficiencies can be seen as peeling or blistering paint, rotted wood trim, missing sections of siding, etc.”

When Bill Leys worked for a condo management firm in Newport, Rhode Island, doing maintenance and repairs, he commonly found missing or loose shingles on roofs, rusted flashings on decks and roofs, wood rot, clogged gutters and roof valleys from leaves and pine needles. “It doesn’t take long for leaves to break down, turn to a rich, moist growing medium and allow seeds to start sprouting in a gutter or a roof valley,” says the owner of Central Coast Waterproofing in California, whose company specializes in waterproofing decks.

Paul Capobianco’s company, Alpha Weatherproofing, located in Somerville, Massachusetts, does a full restoration on building exteriors, including recaulking, concrete repairs, balcony repairs and more. “Usually in the springtime, we do inspections, after the extreme cold weather and snow and rain,” he says. “When water gets into masonry and concrete it freezes and expands and loosens things up. You may find pieces of brick and stone when doing your spring landscaping.”

He uses aerial lifts for an up-close inspection, looking for areas that look suspicious. “You can do a binocular survey off the ground, or get on the roof of an adjacent property and look down on yours,” he suggests.

“The basic principles are the same in all locations,” says Fernandes. “However, the harsher environments, such as along the coast or at higher elevations or areas with more snowfall, will typically cause problems sooner than would be expected in more protected environments. Along the coastlines, even up to a few miles away, damage from salt corrosion is quite common on anything metal — from light fixtures to structural connectors and fasteners on balconies and decks. Care must be taken in those locations to select the proper materials for any repair projects.”

Once problems arise it’s important that associations have the extra cash around to fix them before they get worse. The Federal Housing Administration (FHA) requires that condominiums set aside at least 10% of their operating income towards a capital reserve account. For example, if the annual budget is $200,000, then the association must set aside $20,000 for its capital reserve fund.

Just as an individual needs an emergency fund in case of a job loss or an unexpected car repair, an association needs a financial reserve to take care of such major repairs as roof leaks or other exterior issues. Interestingly, a Community Associations Institute (CAI) study in 2012 found that cash-strapped associations are trying everything to make do. To compensate for a cash shortfall, the CAI study shows 38 percent have postponed planned capital improvement projects, 35 percent have reduced landscaping services, 31 percent have reduced contributions to their reserve accounts, 23 percent have borrowed from the association’s reserve account, 16 percent have levied special assessments, 12 percent are allowing residents to perform minor tasks in the community and 6 percent have borrowed from banks and other lenders.

It is recommended that reserve studies are updated every three to five years. “However, that is way too long to wait to inspect buildings for standard, exterior wear and tear,” says Fernandes. “We typically recommend inspecting at a minimum of twice a year — spring and fall. However, board members and managers, and really all homeowners, should be keeping their eyes open and reporting any damage or potential issues they see so that they can be addressed proactively.”

Weather varies each year, so the frequency of these inspections should depend on the severity of the weather. “If the winter is mild and the rainfall is within normal ranges, a building envelope review could be done every five years,” says Barnes. “If, however, the weather was extreme (high winds, heavy rains, major snowstorms, tornadoes, hurricanes, etc.), then the building envelope should be reviewed as soon as it can be performed safely, and then a year after that initial review to determine if there was any hidden damage that wasn’t readily observable during the first review.”

However, there are some parts of the exterior that should only be examined by professionals. “For example, roofs should only be inspected by qualified, trained and insured inspectors or engineers,” says Fernandes.

Barnes also cautions associations that building envelope studies shouldn’t be performed in-house as there are numerous safety factors to consider and OSHA guidelines to follow.

There isn’t an optimal time of year to perform a building envelope review, per se, as all that is needed is a span of a few days, or more, depending on the size of the property. “The timeline for signing contracts will really boil down to the budgets and the fiscal calendar of the association for a particular property; with that in mind, the sooner the better, as contractor prices typically increase as the construction season progresses,” says Barnes.

Not Everything is Mandated

There aren’t any laws that mandate inspections for typical townhouse, garden or mid-rise buildings. “Certain jurisdictions may require inspections on the local level for fire code conformance,” he says.

Boston and several big New England cities have façade inspection ordinances that require inspections of the exterior walls of high-rise buildings, typically on five-year cycles. In addition, Boston has a high-rise ordinance (Ordinance 9.9-12). Covering “Exterior Walls and Appurtenances,” it requires that any exterior wall of a building over 70 feet in height, or classified as a high rise structure, and excluding residential buildings that are classified as three family, two family, or single family except as required by the commissioner, be reviewed every five years. “This was enacted in 1995 and it affects roughly 600 buildings within Boston’s city limits,” explains Barnes. “Per the City of Boston, these inspections are required to be performed by an architect or structural engineer or personnel under their direct supervision.”

As far as local laws mandating these types of inspections, municipalities typically follow the Massachusetts’ state building code along with any code/law/ordinance specific to a certain municipality.

Although new materials and products are almost always being introduced into the marketplace, they have to be tested over a sufficient period of time as to provide any level of comfort. “That being said, Atlantic Restoration does use infrared cameras and moisture meters to check for the presence of moisture behind surfaces and beneath roofing systems, as well as using infrared cameras to check for heat loss,” says Barnes. “Infrared cameras and moisture meters have been around a while and produce consistent results. As with anything, whether it is a product or method, the result is based on the knowledge and experience of the individual using the correct material or product for the intended application.”

There have been many changes in exterior materials. “Many associations are replacing deteriorated wood-based siding with vinyl-type siding products and most wood trim is being replaced with PVC trim or trim made from composite materials, since they are far more durable in outdoor environments,” says Fernandes. “Also, there are many high-efficiency lighting fixtures available now, so the replacement of site and common area lighting fixtures will often save an association money over time.”

Over the last few decades, Leys says that his industry saw “a rise in ‘new, better, cheaper, faster’ materials, such as siding made with pulp, composite decking that fell apart when exposed to sun and rain. Today,” he adds, “we are seeing more products made of concrete that when installed properly has an excellent track record. Composite deck manufacturers have come out with new materials that are much better in life spans and weather resistance.”

In a tough economic climate, it is becoming more common for associations to hold off on repairs until absolutely necessary to save money. That’s the biggest mistake, says Capobianco. “Associations that are underfunded or very tight on budgets tend to defer things, but I try to tell them to acknowledge the issue and take care of it. It’s not going to go away and it compounds itself. As a result, it’s more expensive to fix when you’ve ignored it than when it’s first identified.”

Staying on top of exterior maintenance prevents a problem from going from bad to worse. In addition, a well-kept exterior sets the stage for beautiful curb appeal which actually increases the value of the association’s property. 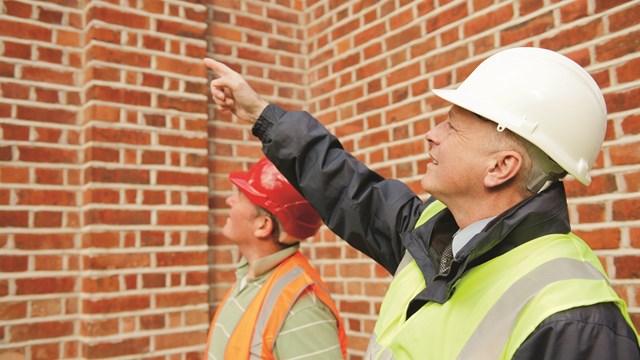 Keeping the Outside Safe 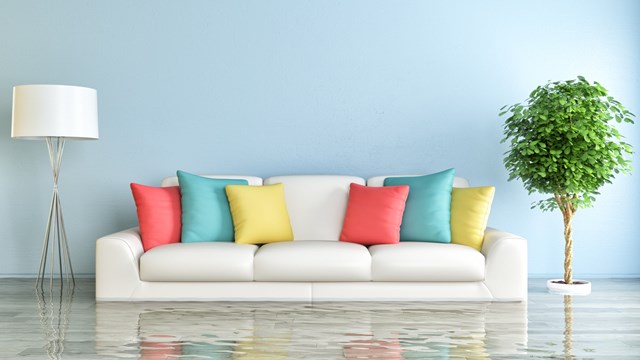 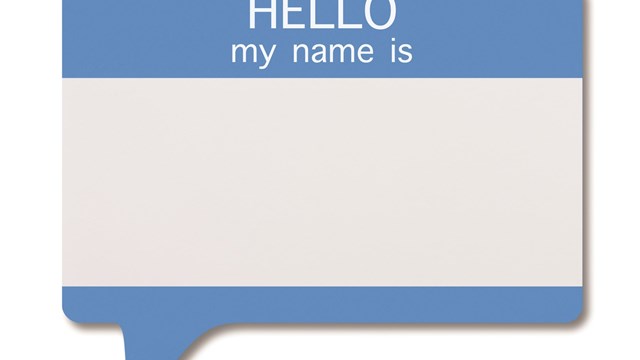