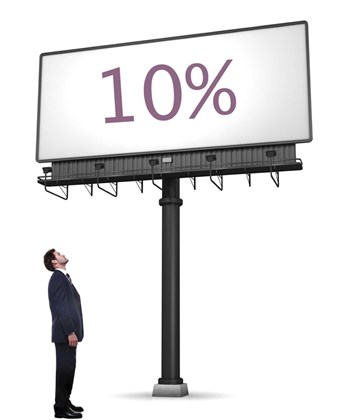 lthough they are supposed to have a so-called reserve account to cover anticipated capital expenses—roof replacements, exterior maintenance, elevator upkeep, and the like—many condominiums, especially in the last few years of economic hardship, have scrimped on reserve funding in order to ease the monthly burden on unit owners paying condo fees, leaving many reserve accounts under-funded.

This is risky enough—an unforeseen problem with the roof could pose an enormous special assessment—but now the Federal Housing Administration has imposed tighter restrictions on its guidelines for condominium/ homeowners associations.

The rules went into effect in 2010, and this year—which some fear might be the high mark for foreclosures—HOAs will have an important decision to make: to comply or not to comply.

Now under the bailiwick of the Department of Housing and Urban Development (HUD), the FHA was an offshoot of the National Housing Act of 1934. Its purpose was to insure the home mortgage loans made by banks—like the FDIC does with individual deposits—and thus both stimulate and stabilize what was, in the Great Depression, a shaky and moribund housing market.

Witnessing a financial and real estate crisis of depths not seen since the days of its creation, the FHA took action in 2010, changing its compliance requirements for condominiums. The changes were twofold. First, every HOA must put ten percent of its operating budget in a reserve fund.

“The other is a gray area,” says Alan Seilhammer, senior vice president at the Hartford, Connecticut office of First Associations Bank and an active member of the Community Associations Institute (CAI). “The association’s resources should be adequate to support upkeep of common elements.”

To make sure of this, a financial institution, before making a loan to the HOA or any of its individual unit owners, may demand a reserve study—a meticulous calculation of how much an individual community may need to spend on capital projects in the near future.

“In my view, that’s too frequent. Three to five years is a rational requirement.”

This may not sound like much, but the changes—and the ten-percent rule in particular—have tremendous effects on how HOAs do business. “The ten percent guideline dropped on the industry like a bomb,” says Orest Tomaselli, CEO of National Condo Advisors, LLC, a condominium project approval service for FHA and FNMA financing in White Plains, New York. “It puts developments in a position to make a choice. If they don’t comply, there’s no chance of FHA financing.”

There is a certain new type of condominium that must, by law, yield to the FHA rules of reserve compliance. “Specifications are for newly converted, non-gut-renovated, apartment building conversions to condo,” says Tomaselli. “It’s a popular conversion in New England. What is means to that kind of condo is, they have to abide by the new policy that requires them to obtain a reserve study.”

Otherwise, the FHA has no direct jurisdiction over a community association. It can’t force a development to get compliant. What it can do—and is in effect doing, in much the same way the federal government compelled individual states to raise the drinking age by staving off highway money—is make it “Reserve studies were a ‘best practice’ before any of this,” Clark says. “Some states have laws requiring reserve studies, but you shouldn’t do this because it’s the law; you should do it because it’s a ‘best practice.’ It’s been difficult for the management side to even understand what they have to do. People are talked about satisfying the law—but it’s not just about checking a box, it’s about being properly funded.”

If the board knows that the roof will need replacing soon—because that’s what the reserve study determined—then they can plan ahead, rather than hit the unit owners with a huge assessment from out of left field.

On this point, Seilhammer agrees. “The biggest problem in the condo world is over-deferred maintenance,” he says.

More often than not, FHA compliance winds up being scarier in theory than in practice.

“There’s very little guidance for how to put up their reserve funds,” Tomaselli says. Because of the rule, HOAs assume that they have to tack on ten percent of the operating budget to be compliant. “That’s not necessarily the case. Sometimes they’re reserving right, but it’s in different line items in the budget.”

Often, Tomaselli says, associations need only to “tweak” the budgets to get compliant. “Seventy-five percent of the time, we’re not adding money to the budget because the funds are already there.” The money just needs to be shifted around the spreadsheet (his company, incidentally, offers a no-cost reserve review for the developments).

Just as every condo is unique, so, too, is every reserve study. “The only way to determine the correct amount is to have a professionally-conducted reserve study done,” says Seilhammer. “There is not a standard operating amount. There is no rule of thumb.”

For example, a 100-unit building with a shingle roof and wooden siding would need more money in reserve than a 100-unit building in a glass-and-concrete high-rise because roof shingles and wood deteriorate faster than glass and concrete. Likewise, Clark describes two identical buildings, one of which is more “upscale” and offers a wider range of services, and thus has a much higher operating budget—although none of those budget items involve capital improvements.

That said, not every condo will, or should, get with the program. Seilhammer, for one, advises against it. “I personally advocate that they don’t become FHA-compliant,” he says.

The front-end work, he suggests, is not worth the end result. “You have to go through a process of getting your community approved by FHA. It’s so complicated, there are services you can hire just to get approved. Once you’re approved, you have to keep up with FHA guidelines. That’s burdensome. These are volunteer boards.” Furthermore, he says, “once you succumb to government regulation, it only grows; it never contracts.”

Perhaps in this case—as it was back in the Great Depression—government regulation is not a bad thing.

“All in all, it’s a good idea,” says Tomaselli. “It prevents special assessments to condo owners; that’s the intent of the rule.”

Greg Olear is a freelance writer and a frequent contributor to New England Condominium.