Do not show again [X]
By Jonathan Barnes   2013 October Maintenance 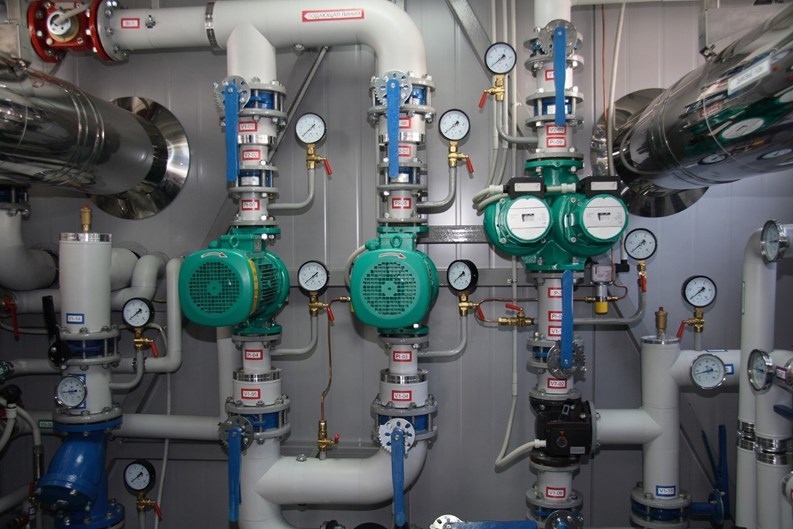 Modern cities are amazing creations, pulsing with life 24 hours a day, and built to cater to every need of residents. Take away just one of any city dweller’s basic necessities like plumbing, electricity or heating and air conditioning, though, and the big city quickly becomes a nearly unlivable concrete jungle.

The discomfort and inconvenience of being stuck without plumbing or heat for just a few days can seem unbearable to many people. Sometimes these inconveniences are just part and parcel of life in New England—such as during a heavy storm, for example—but often, energy stoppages can be avoided. Murphy's Law might suggest that a condo or co-op building’s boiler will inevitably break down on the coldest, snowiest day of the year and leave all of the residents freezing. But even Murphy can be foiled if you understand the workings of your building’s boiler and its maintenance needs. Knowing those basics will help ensure that you’ll never need to use the electric space heater stashed in the back of your closet.

Keeping a boiler humming requires off-season maintenance and regular checkups. Boilers are machinery that are in near-constant use when they are needed most and, like any equipment, sometimes they have problems. But regular maintenance can prevent many of those problems, such as when a boiler is not cleaned properly or regularly and residue builds up in the equipment.

To prevent excessive residue accumulation, a building’s superintendent or chief engineer can open the boiler’s blow-down valve for a few seconds each day, which cleans out the residue. A boiler’s motors should also be cleaned and lubricated monthly.

A building’s chief engineer or superintendent also should clean an oil-burning system’s oil strainer once a week. If this task is not done, dirt will clog the strainer and shut down the system. A building engineer/super should visually inspect the boiler at least weekly, though some pros suggest checking it daily. When checking the boiler, remember to also inspect the bolts on the pump, check the water level and always check for oil leaks or water leaks.

A new boiler should last 15 to 20 years. However, lack of proper maintenance will shave years off the average life, says John Ambrosino, president of Total Temperature Control, Inc. in Wakefield, Massachusetts. Surprisingly, many owners neglect this crucial piece of equipment.

“The biggest problem with boilers in general is caused by a lack of maintenance. What happens is they lose efficiency and operational integrity because they’re not running at the manufacturer’s specifications,” he says.

Water circulation issues and sediment buildup and leaks are the two main factors leading to boiler problems. Corrosion at piping connections, flue pipe erosion due to acidic fumes in the flue, a blocked flue due to nests or bricks in the chimney, or blocked flues on direct-vent heaters due to things being placed against them also lead to boiler problems if not properly treated, saysTimothy Griffin, the president of Patriot Plumbing Heating & Air Conditioning in Rockland, Massachusetts.

Many water treatment companies offer services of regulating and maintaining the water in the system, and achieving its optimum chemistry. Symptoms of problems with a boiler could be excessive sediment in the boiler and lack of heat transfer. ‘Scale’ or sediment buildup on the boiler tubes or the burner will make the equipment work improperly and can cause soot accumulation, which lowers efficiency and can become a fire hazard.

With proper maintenance, a boiler can last for decades. But because the machinery uses water, which is corrosive, boilers must be regularly checked for leaks or malfunctions. Ideally, the building engineer or the superintendent and the boiler servicing company should work together to keep an eye on all of the boiler system’s parts, including the radiators. Boiler servicing companies can teach the building’s engineer or any other employees who oversee the boiler’s operation how to troubleshoot the system. Some service companies will provide this training when they install a new boiler, or when a new building engineer or super is hired for the building.

Boiler systems need a watchful eye because even a few pinhole leaks could escalate into twenty tiny leaks, eventually draining away a building’s reserve funding.

Boilers should be regularly treated chemically, to neutralize any corrosive agents that are coming into the system from the water. The boiler’s water should be tested and chemically treated at least six times per year, depending upon the type of boiler. Chemical treatments are essential because they neutralize the oxygen content in the system, which is important because oxygen also is a corrosive agent. Excess oxygen in the system means faster corrosion of the equipment.

Checking boiler efficiency is another essential aspect to inspection, regardless of the type of system used, Ambrosino recommends.

“In both [oil-and-gas-based] boilers, you should get a computerized efficiency operation test performed on it and you should ask for that read-out. We compare the [boiler] efficiency to the manufacturer’s spec efficiency and we make sure that boiler is working to its peak,” he says. “You don't want to see a boiler with a 96 percent efficiency rating working at 80 percent because it’s not tuned up proficiently. The cost of operation would be so much greater for that. It would defeat the purpose of buying the higher end and more efficient products by not maintaining them.”

A building’s boiler and heating system should be checked on at least once a year, Ambrosino says. That number moves up to twice a year if it’s an oil boiler used to heat domestic water year round, he adds. And at least annually, a boiler should be cleaned by a professional, including vacuuming the fireside of the boiler to remove soot and ensure the machinery will run efficiently.

The type of boiler plays a part in to how often a boiler should be checked as well. For instance, a gas boiler is usually low maintenance in comparison to an oil-based system because, as Ambrosino explains, it doesn’t soot up as much — but owners with gas-fired heating systems should not just complacently sit back and relax. “People get into trouble when they think they don’t have to do maintenance on a gas system,” says Larry Sweet of Lawrence V. Sweet Plumbing & Heating in Lexington, Massachusetts. “It should still be done yearly.”

During the annual servicing, a boiler’s oil burner should be overhauled. This involves breaking down the oil burner and checking all of its operating parts and replacing worn parts that are likely to fail, before they become a problem. A boiler’s efficiency should also be tested at that time.

In addition to checking the boiler’s water level, a technician should skim the boiler if needed. “Skimming” is the practice of overfilling the boiler, boiling the water and then opening the boiler. If any oil or sediment is in the boiler, it rises to the top and is pushed out.

Annual servicing of a boiler should be done before the cold weather season begins, preferably in the summer before September 15th (the day heat is required to be turned on in New England) in case repairs are needed. Regulations require temperatures of at least 64 degrees at night and 68 degrees during the day from September 15 to June 15. Temperatures should not exceed 78 degrees. There can be exceptions, so be sure to read the regulation for details.

“Heating inspection should begin approximately one month or more before heating season starts to avoid the long wait for service when the first big rush of ‘no heat’ calls come in, for the first month of the heating season,” Griffin says.

The average annual maintenance call to service a boiler takes about six hours and should be done by a service company, not by the building’s engineer or the superintendent. The engineer or the super can monitor the boiler, keeping an eye out for motor or oil leaks, or any gas odor that might indicate a leak. The boiler room should be visited daily during the winter months so that building staff can assure that the machinery sounds okay and is working properly.

With steam systems, a variety of steps are performed during annual inspections, including ensuring that the low-water safety cutoffs work, and dismantling and cleaning the associated pipes. The pressure release valve should be checked to make sure it’s clear and it should be manually opened to ensure it’s functioning. A technician should also check to see that the gauge glass is functioning, and should clean and flush the bottom of the boiler including the water return lines.

If the flame isn’t burning properly or the chimneys aren’t drawing properly, it could produce a dangerous amount of carbon dioxide.

With winters as nasty as they’ve been recently, having the boiler working efficiently is essential. No one wants to wake up in a cold room and feel stuck there with the heater broken down. A thorough pre-winter maintenance visit by a professional will ensure that this won’t happen.

Pre-winter maintenance should start with a thorough brushing out, vacuuming and cleaning of the boiler. The smoke pipe and chimney should be cleaned at the time and the boiler should be inspected for any signs of leaks. Leaks should be repaired and worn parts replaced during an overhaul of the burner. Finally, the burner should be fired off and tested to verify that it is working properly.

The final but most vital part of the boiler check-up is making sure inspections and maintenance work is done by qualified, licensed professionals. Under Chapter 146 of Massachusetts Law, for example, boiler inspectors must be certified and boiler engineers must be licensed. Massachusetts laws regarding boiler inspection were made stricter in May of 2012 in an effort to ensure boilers and pressure vessels meet safety standards. The Massachusetts Department of Public Safety is now solely responsible for the issuance of all Certificates of Inspection for boilers and pressure vessels.

Whatever type of boiler system keeps your building warm, be sure to have it serviced and checked out if it hasn’t been done already. After all, Old Man Winter is just around the corner.