Do not show again [X]
By Jennifer Grosser   2010 August Insurance 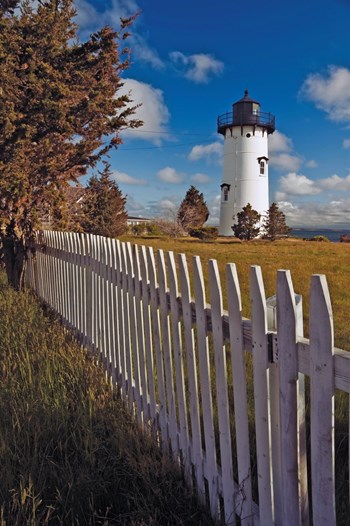 At the second of two northern tips of the mostly triangular island of Martha’s Vineyard perches the town of Oak Bluffs. It is one of the smallest communities in the Commonwealth of Massachusetts, but it packs a powerful personality. The name alone conjures up images of summer days and ice cream and windswept, tree-bordered beaches. Much of Martha’s Vineyard as a whole caters to the transient seasonal community, and Oak Bluffs is no different... but then again, maybe it is.

An Overview of The Vineyard

Martha's Vineyard has been a destination for adventurous voyagers for 10,000 years, when it was still seventy-five miles from the beach. Summer hunters first visited then, but didn’t stay because of the inhospitable weather. Two thousand years later, after the deer, elk and smaller mammals replaced the mastodons and mammoths, they moved here permanently. A few thousand years after that, they became the original Islanders when the ice age glaciers began to melt, the ocean level rose and the low-lying land that connected it to the mainland was flooded. Native Americans welcomed the first white visitors in the early 1600s, 20 years before the Mayflower arrived in Plymouth. The Vineyard has for 150 years been a resort community, first attracting Methodists to summer religious revival meetings under the oaks of Edgartown (now Oak Bluffs.) Today, it is the home of about 15,000 year round residents, a number that swells to roughly 100,000 in summer, when those who either own or rent real estate return to enjoy the Vineyard's beaches, six towns, beautiful water and inland vistas, and to find entertainment that is quintessentially "island," according to an historic overview provided by Edgartown-based Sandpiper Realty.

Dennis DaRosa, vice president and co-owner of DaRosa’s, a printing and retail shop on Circuit Avenue in Oak Bluffs, considers himself “an island person.” He says each small community on the island has something to offer and it all “enriches my life.” All the same, he grew up in Oak Bluffs, and along with his day job, he also serves as the volunteer president of the Oak Bluffs Association. The Martha’s Vineyard Chamber of Commerce describes the association as “a voluntary membership group of over 140 businesses and community members established in 1991. They are dedicated to promoting the natural beauty and historical charm of the Oak Bluffs area, while fostering economic health though a strong and vibrant business community.” The enthusiastic DaRosaclearly takes his role seriously. After almost an hour on the phone with him, it would be impossible not to want to visit the town at the next available opportunity.

“We say we’re the most diversified town on the island,” says DaRosa, “and not just ethnically.” He does, however, point out that ethnic diversity is a part of Oak Bluffs’ distinctiveness. He says that even before any Civil Rights Act, Oak Bluffs was ethnically diverse, and that even as long ago as the Civil War, African American freedmen would come to the island to vacation. They found, according to DaRosa, that the residents of Oak Bluffs are a friendly and open-minded people, and the black and white communities have grown together and influenced each other for the good. A significant Portuguese population also moved into the community, impacting the town particularly through an annual Portuguese Feast in July. An international crowd has been converging on Oak Bluffs since the early 1800s.

Getting to Oak Bluffs, as to any island community no matter the time period, requires a bit of a twist on the traditional road trip, but it is still relatively simple. Nowadays people with private planes or boats have the advantage of the private Trade Winds Airport or the Oak Bluffs Marina, respectively. But there are also a number of ferry options available, leaving from Hyannis, Falmouth, and Nantucket, Massachusetts, and QuonsetPoint, Rhode Island. Within the island there is public transportation, including within Oak Bluffs itself, in spite of its reputation as a self-sufficiently pedestrian-friendly location.

Oak Bluffs is also a hub of architectural diversity. Like most New England towns, it has its share of Cape Cod-style houses and colonial structures. But it is best known for its “Gingerbread Cottages.” Unlike the other towns on the Vineyard, which originally had an industrial focus, Oak Bluffs was planned very early on as the center of tourism for the island, with developers buying up land and creating parks and squaresand making the town entirely traversable by foot.

As it was developing this role, it also became the center of the Methodist movement, which was burgeoning at the time. “The Campground” area of Oak Bluffs (officially Wesleyan Grove) was where Methodists would come in the summer for open-air religious meetings. Initially they pitched tents around a central meeting area, but eventually the entire enterprise became more architecturally permanent. A central structure known as “the Tabernacle” was built, to shelter the speakers at the revival meetings from the elements. The pilgrims themselves, meanwhile, began to build quaint and ornately decorated cottages circling themeeting place. The brightly colored buildings were dubbed “Gingerbread Cottages” and are now each historic landmarks (as is the entire Camp-ground) and expensive real estate. Some cottages have been passed down through family generations since the original Methodist meetings. Others are available to rent to visitors during the peak tourist season. Still others have been snatched up by relative newcomers to the island.

Alan Schweikert, president of Ocean Park Realty, Inc., which is located right across the street from DaRosa’s printing store, says regarding the Gingerbread Cottages, “You don’t own the land, as it is leased from the Martha’s Vineyard Camp-meeting Association on a year-to-year basis... [it’s] been that way since the 1850s.” The annual lease does not seem to be a deterrent to property owners, however. Schweikert says that “seven cottages soldthis past year ranging from $260,000 up to $462,000.”

As for other properties, Schweikert says that Ocean Park Realty sells both to seasonal and year-round people, but that most sales are to people who use their properties in the summer. Compared to this same quarter last year, he says, Martha’s Vineyard sales as a whole are up 110%. Last year’s median price for a single-family residence was $567,000 and has risen to $600,000 this year. On the other hand, the recent credit problems in Europe have created something of a plateau in sales as of early summer. He is cautiously optimistic for the immediate future of Martha’s Vineyard real estate. “This past year,” he outlines, “eighteen condominiums sold, ranging from $160,000 to $708,000. Those in the lower range tend to be renovated motel or hotel rooms while those in the higher range were built as condos in the last twenty-five years. The higher range units have water views. There really are not a lot of condos comparedto single-family homes, as zoning on the Island has always been strict.”

Some of this zoning in Oak Bluffs in particular is surely due to the original plan to make the town tourist-friendly. DaRosa says that although many of the original town developers went bankrupt, in the end the growth of Oak Bluffs into an attractive place to live and visit was successful, with both locals and seasonal residents buying up properties and planting deep roots in the community. He describes the bond that is forged between the people who live in Oak Bluffs all year, and theones who come back again and again in the summer. Even if they only stay for a week or two, he avows, there is “a hook that’s created,” as friendships are formed, and people return, not just to a location but to a community.

Kristina England of Worcester, Massachusetts, a corporate communications specialist and part-time writer, is one of the “seasonal people” who keep coming back. In the early 1990s her grandmother purchased one of the Gingerbread Cottages, which has now passed on to Kristina’s cousin. The cottages originally all had “themes;” this one is still known as “Angel Cottage.” Kristina and her extended family return to their island haunts almost every summer, escaping city lives and enjoying a change of pace on Martha’s Vineyard. An amateur writer and poet of some talent, Kristina particularly enjoys visiting coffee shops like Mocha Motts, where she can enjoy a caffeinated brew and work her literary magic. She also enjoys walking and frequenting the beaches, which, as anyone will tell you, are within immediate walking distance from the center of town. DaRosa cites the beaches as another distinctive feature of Oak Bluffs compared to the rest of the island. Whereas the other island communitieshave beaches at their outskirts, Oak Bluffs has its own beaches right in town, as well as easy access to a three- to four-mile state beach.

The diversity of things to do in Oak Bluffs also speaks well for the community. Along with the beaches and coffee shops, the town boasts the oldest platform carousel in the nation (the Flying Horses Carousel), which still functions and is open annually from Easter Sunday through Columbus Day. The Game Room is a family-friendly arcade providing hours of entertainment for visitors and locals of all ages. The Martha’s Vineyard Camp Meeting Association Cottage Museum and Gift Shop offer a glimpse into one of the historic Gingerbread cottages so that even visitors staying in another inn, a hostel or a campground can get a taste of these famous landmarks. A strong artistic community, made up both of local talent and seasonal visitors, also helps to define the town. Galleries, live music, theater, and lectures or readings by thinkers and authors contribute to the town’s culture and nightlife. Island tours, biplane rides, bicycle and moped rentals, and the Waters of the World Aquarium are just a few of the other attractions that Oak Bluffs has to offer.

The Oak Bluffs Marina, right next to the Campground, rents about 150 slips where people can dock their boats and avail themselves of the services of the town-owned marina itself, as well as the rest of the town. The marina andtown offer a variety of annual events, such as the Harbor Festival, the Memorial Day 5K road race, and the Monster Shark-Fishing Tournament.

England cites the shark-fishing tournament as one of the weekends she, personally, tries to avoid Oak Bluffs because she dislikes sharks. But she and DaRosa both rave about the annual Grand Illumination at the Campground. The Methodist meetings may have ended generations ago, and the Tabernacle may have given rise to a present-day community center, but one historic tradition from the camp meetings remains intact and awe-inspiring. Though the event’s timing is never publicly announced, scores of people come from the mainland and all over the island for the one night a year that the Gingerbread cottages are illuminated. England says her cousins make sure they are there every year to participate in the event, and she tries to be there as well, helping to deck Angel Cottage with Chinese lanterns and prepare for the moment when all the lights go out. After the crowds have converged on the Tabernacle for a sing-along, at the appointed time, all electric lights are extinguished and the cottages glow with the radiance of their lanterns. Visitors walk from house to house in awe and, like England, return the next year to do it again. Theevent is almost a picture in miniature of the draw of Oak Bluffs as a whole. The year-round residents and the seasonal visitors come together year after year and create a community unlike any other. 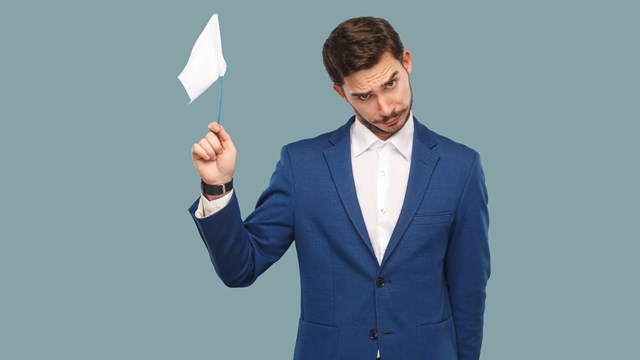 When the Board-Manager Relationship Goes Sour 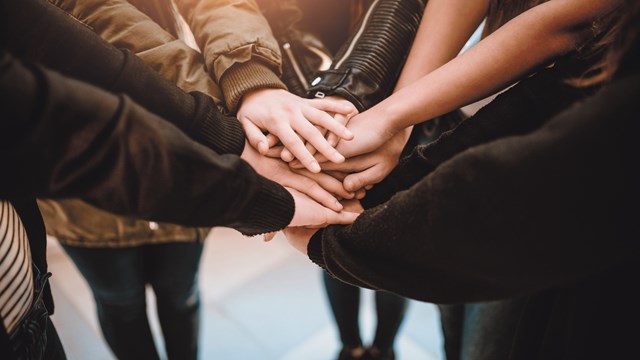 The Upsides of Board Service