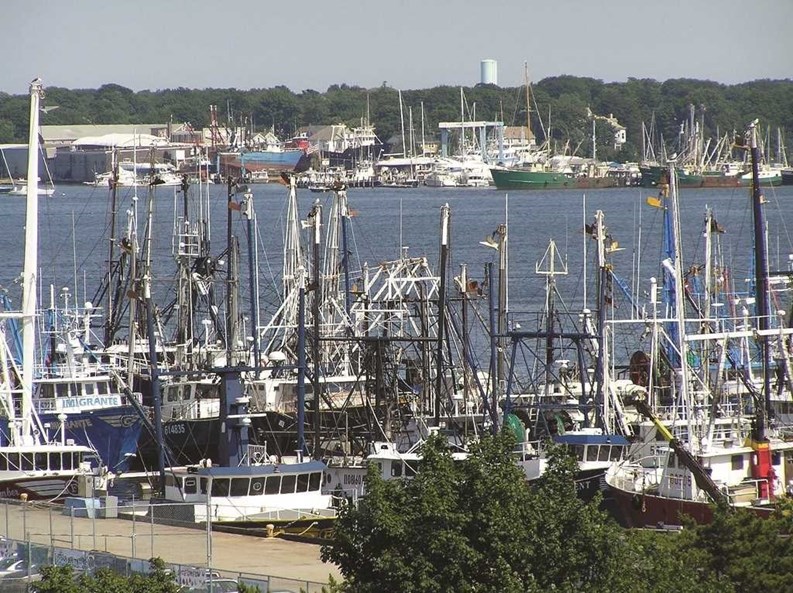 Located in Bristol County, 51 miles south of Boston, and a scant 28 miles  southeast of Providence, Rhode Island, New Bedford’s burgeoning population of 95,072, makes it the sixth-largest city in The Bay  State.

The Whaling City and Moby Dick

Situated on the south coast of Massachusetts, New Bedford has always earned its  living from the sea and is known as “The Whaling City.” During the 19th century, the town was one of the most important whaling ports  in the world, due largely to the fact that in 1848, New Bedford resident Lewis  Temple invented the toggling harpoon, a device that would revolutionize the  whaling industry. His invention, which allowed whaling fleets to capture more  whales gave New Bedford prominence in the whaling industry, edging out its  rival, Nantucket.

Fishing and manufacturing continue to be two of the city’s largest businesses today, with the healthcare industry on the way to becoming  a major employer. Tourism also appears to be a growing industry, spurred on by  the city’s numerous street fairs and festivals. The popular 16-year-old Greater New  Bedford Summerfest has emerged as one of the country’s top festivals that showcase the world’s best in contemporary, traditional and Celtic folk music. New Bedford also  hosts the traditional Blessing of The Fleet and the Feast of the Blessed  Sacrament, the largest Portuguese cultural celebration in the country.

Novelist Herman Melville, who actually worked in New Bedford as a whaler, wrote “Moby-Dick” using the city as a partial setting for the allegorical book he published in  1851. It is considered today to be one of the Great American novels, featuring  the literary concepts of class and social status, the existence of God, and the  theme of good vs. evil.