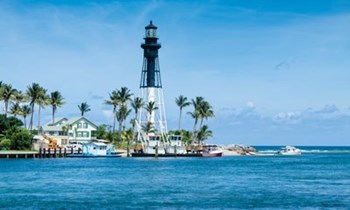 Something Old, Something New…

Q I recently walked into the lobby of my condo building greeted by a new décor theme. I was completely caught off guard as there had been no correspondence to the homeowners that this change would be taking place. I'm wondering if there's any legal precedent that gives my condo's board the power to make such changes without any vote. Is there any way to challenge it now, after the renovations have already been made?

A “Let’s start with the “black letter law” defining the powers of your owners association under UCIOA [the Uniform Common Interest Ownership Act]. §3-102 (a) (3) provides that the association has the power to “hire and discharge managing agents and other employees, agents and independent contractors,” says Attorney John A. Facey III, a shareholder and director of the law firm of Kenlan, Schwiebert, Facey & Goss, PC in Rutland, VT. “§3-102 (a) (7) provides that the association "may make an additional improvements to the common elements.

“The 'lobby of the condo building' is a 'common element' (also known as a "common area") which is under the direct supervision and control of the executive board. Further, assuming that the budget that was adopted, and in place at the time that the money was spent on the lobby of the condo building included funds either specifically earmarked for common area improvements, or there were funds left over from other budgeted areas and the budget was not exceeded, as a result of the project, I think that lobby improvements are within the condo board’s authority to authorize without getting specific approval from unit owners.

“The only way to challenge the improvements after the fact would be to make an issue of it at the next election of directors and vote one or more of the rascals out. You might also make a motion at the next annual meeting to establish a standing committee on common area improvements so that there would be unit owner input into the timing and necessity of non-structural "improvements" in the future.”