While only a few states guarantee a “right-to-dry,” at the time of this writing, proposed legislation aimed to remove bans on clotheslines within condominium associations appears on several statehouse docket lists in New England. Arguments are fervent on both sides of the issue; at the core is the balance of the protection of private rights versus energy conservation for the public good. The wording and intent of the right-to-dry bills vary by state. While as many as ten states currently have legislation allowing energy-saving devices such as solar panels, only a handful – including Florida, Utah, Colorado and Hawaii – currently have laws that specifically protect homeowners’ rights to use clotheslines, according to various reports.

Hung out to Dry?

Connecticut’s House Bill No. 6429, according to opponent Scott Sandler, Esq., and president of the Connecticut chapter of the Community Associations Institute (CAI-CT), would prevent any governing body, including condominium associations, from prohibitingresidents from erecting and using clotheslines and drying racks within their communities. It is aimed at both current and future restrictions.

While the intent of the bill is admir-able, Sandler says there are several reasons why the bill should not be enacted. Physical and practical compliance is at issue, as well as additional cost that would have to be shared by all residents, including those who didn’t use the clotheslines, he says.

Perhaps more importantly, Sandler and other opponents to the bill regard the proposed action as a trampling of homeowners’ rights and expectations. “We need to be very, very careful if we are going to pass laws that override private covenants and allow government to interfere in that. This bill prevents associations from enforcing the provisions of their governing documents. In doing so, it negates the expectations of the homeowners by allowing their neighbors to ignore the aesthetic and uniform standards of the community. Furthermore, it may have a negative impact on their property values.

"While energy costs and environmental conservation pose a challenge of singular importance, there are literally thousands of actions a homeowner or association can take to become better environmental stewards. It is the associations themselves, not lobbyists nor members of state government, who are in the best position to decide what methods will work best for a given community,” concludes Sandler. As of early May, the legislation had passed through the environment committee and was on its way to the full House for consideration.

In the Vermont Senate, bill S.18 seeks a similar lifting of prohibitions of the “installation of solar collectors, clotheslines, or other energy devices based on renewable resources.” An amendment to the bill grandfathered existing prohibitions, and the bill itself applies to any new prohibitions after June 1, 2009.

“This bill is not about clotheslines,” explains Senator Richard McCormack (D-Windsor County), who has been sponsoring this type of bill for years. “It’s about energy conservation and removing prohibitions that would prevent people from trying to conserve energy.

“For years, people have misunderstood the purpose of this bill, and they have even reversed and changed its meaning. This bill is not about government interference, or imposing new rules on private individuals or condominium associations. What it is really saying is that if you want to have a clothesline, or a solar panel, or some other energy-saving alternative, the condominium association cannot prohibit you from doing that.” McCormack elaborates that the rights of homeowners and board members to discuss and make changes to their bylaws have not been taken away, nor are associations being forced to put up clotheslines or provide for their use.

“One of the most important issues we are facing today is energy conservation. We should be doing everything we possibly can to that end. If you’re going to make laws that stop someone from voluntarily conserving energy, then your reason for doing that had better be more important than global warming: more important than our nation’s prosperity and security. I don’t think clotheslines are more important than that,” says McCormack.

Other supporters of the bill, including Vermont Senator Sarah Kittell (D-Franklin County) and Alexander Lee, founder and executive director of  Project Laundry List in New Hampshire, laud the education and awareness that such legislation encourages. “It should be a process,” says Kittell. “Rather than having one entity prohibit the use of conservation alternatives, we should be working together to find solutions to reduce our carbon footprint.” By May, the bill had passed the Senate, was sent to the House, and was awaiting action by the Committee on Natural Resources and Energy.

In New Hampshire, HB 346 sought to require real estate developers to create space for drying laundry without using electricity or gas. In late March, a 14-3 vote against the measure in the judiciary committee, deemed the bill as “inexpedient to legislate,” said state Representative Donna Schlachman. “While it is an admirable goal,” she says, “it was felt that it wasn’t appropriate at the state level; it’s more of a local zoning issue.”

Two other New Hampshire bills of interest to condominium associations met with mixed results. HB 442 required that condominium bylaws be reviewed at the annual meeting at least every four years; and that the bylaws may be amended by a vote of the unit owners’ association. The bill was defeated, said Schlachman, as it was inconsistent with current laws and deemed inappropriate to set the standard for all associations. HB 376, which did pass, requires that minutes of meetings of the condominium board of directors be made available to the owners.

Rhode Island became the 16th state in the country to amend condominium legislation to include superlien laws when it passed HB 7512 in July of 2008. While Connecticut and Massachusetts have had such statutes on the books for years, Maine is now looking to follow suit with its own superlien law, HP 663.

The heart of Rhode Island’s HB 7512 is that it “now allows condominiums to foreclose on delinquent units, wipe out the first mortgage, and collect up to six months’ unpaid common expenses from the foreclosure sale proceeds,” says attorney Frank Lombardi, who was instrumental in drafting Rhode Island’s bill and getting it passed. “Under the new law, unit owners will not have to bear the burden of the uncollected common expenses. Additionally, the law increases the costs that an association can recover as part of its superlien over the first mortgage,” says Lombardi, who is with Goodman, Shapiro & Lombardi, LLC, in Dedham, Massachusetts, and Providence, Rhode Island.

Many in Maine are eager to see their superlien bill pass. Without it, associations are left paying costs every time a unit owner is seriously  delinquent, inevitably passing these costs on to the other unit owners, resulting in increased common expenses and decreased property values.

The pinch is especially acute for smaller associations. Maine attorney Lawrence Clough of Tompkins, Clough, Hirshon & Langer in Portland, who prepared the bill, currently represents a client who owns a unit in a four-unit association. Two of the four units are under foreclosure – and in Maine this court process can take up to 24 months– which means that two owners are now paying for all four units: “These two owners are paying maintenance, heating, all utilities, and taxes, while the lenders are getting a free ride,” explains Clough.

Because of Maine’s lengthy court foreclosure process (unlike most other states), passage of this bill would not be a cure-all – but it would definitely help the situation, says Wells, Maine attorney Joseph Carleton. “Without this [superlien] bill, Maine has no protections for its condominium associations. It’s a partial remedy and it won’t fix everything – but at least associations will get a minimum of six months worth of fees and that’s a lot better than the way it is now.” Both Rhode Island’s and Maine’s bills have certain rules of compliance. If the association fails to send the first mortgagee notice of a lien action, the association cannot collect costs or attorney's fees.

The proposed superlien in Maine has come at an opportune time during this troubled economy, a fact that may work in its favor. “A lot of people borrowed money during the higher market times,” says Clough, “and now property values have come way down.” The situation will just get worse without action. “New Fannie Mae laws won’t refinance or lend money to associations that have 10 percent or higher delinquency rates, and we’re seeing more and more empty units because of foreclosure.”

Back in Rhode Island, Lombardi says that so far, there is no question that the new bill has proven advantageous for everyone – including the banking industry that initially opposed it. “We’re not trying to hurt the banks by making them pay,” he says. “We’re in this together – it’s sink or swim. If condominium associations can’t collect their fees for maintenance, utilities, etc., then they can’t be run properly. When property values go down, so doesthe bank’s equity in that property. It’s a symbiotic relationship and truly in the bank’s best interest to do the right thing and pay the fees.”

In what may be the first of its kind, Old Colony Village in Orleans, Massachusetts, is looking to enact a smoking ban that would apply not just to all common areas, but also within the units themselves.

Not surprisingly, this is a very emotional issue, says Attorney Patrick Brady with Marcus, Errico, Emmer & Brooks in Braintree, Massachusetts, who is acting as legal counsel for the association. “You’re trying to restrict what someone can do in the privacy of their own home. Smoking is a legal activity, and what it comes down to is a balancing of rights: What you can do that’s legal in your own home versus your neighbors’ rights to live in a smoke-free environment. Whose rights are superior?”

Old Colony Village was built “garden style,” which makes all the difference. “When you think about smoking, you have to look at the physical nature of the building itself,” Brady explains. Shared walls, hallways, and ventilation systems also allow for the sharing of noise, cooking odors, and cigarette smoke. “Smells travel.”

According to Massachusetts law, a board of trustees can only make rules that apply to common areas; they have no authority to make rules within actual units. In order to enact a smoking ban, the master deed and bylaws would have to be amended through a majorityvote of all unit owners.

At this stage, says Brady, several provisions have already been added to the original proposal. Existing smokers are grandfathered, but when they vacate a unit, it then becomes smoke-free. If neighbors of smokers are particularly sensitive, steps must be made to minimize the smoke infiltration into adjacent units. HEPA filters can be installed, drafts can be blocked, and possibly, the ventilation system can be re-circulated.

“There is no definitive legal case that says smoking is a nuisance,” says Brady. “It really comes down to a matter of consideration.”

Laura V. Scheel is a freelance writer and a frequent contributor to New England Condominium magazine.

Legislative activity reported in this article was current as of early May 2009. 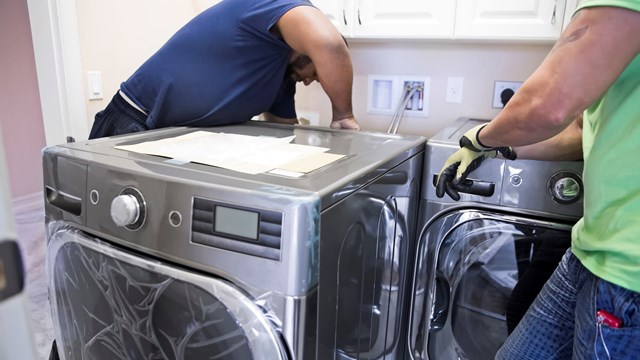 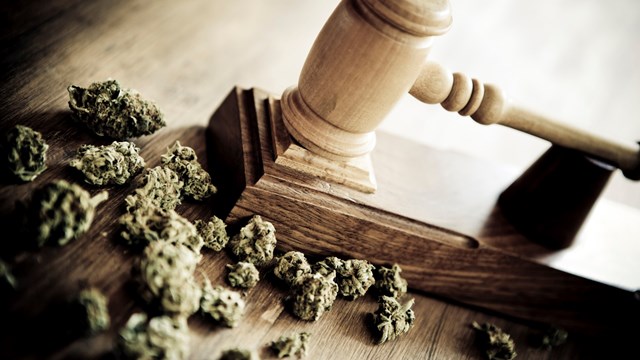