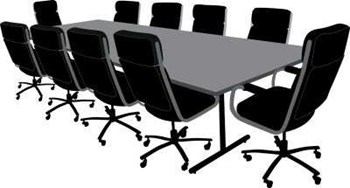 It's a numbers game. As association homeowners gather for their annual meeting to discuss important issues and elect new board members, the count is on. Maybe, just maybe, business will be transacted tonight.

Then again, maybe not.

For several years, board members and interested homeowners at the River Run Condominium in New Hartford, Connecticut, watched in dismay as the numbers failed to add up to that magic plateau known as a quorum. And for years, board members—unable to be replaced through the election process—either stayed on in their posts or were replaced by appointment rather than by popular demand.

Even more distressing to the owners concerned about their property values, vitally needed repairs, including new siding, windows and other exterior upgrades, could not be accomplished because the lack of a quorum meant a budget could not be approved.

"We couldn't even get a quorum of our board members," Kim Keller, current president of the association board, recalled. "The budget didn't get passed for years. We kept going month-to-month on the same budget, while the prices of oil and other necessities went up. Maintenance things were not getting done."

It's a frustration that strikes home at community associations across the region, though not always to the degree that it affected River Run.

"We see this problem mostly at condos that were created before 1984," said Connecticut attorney Scott J. Sandler, of Perlstein, Sandler & McCracken, LLC, in Farmington. That demarcation line in Connecticut is clear because "model documents used in Connecticut after 1984 have, in large part, stated that the quorum is whoever shows up," he said. For older associations, documents tend to require quorums that often range from 25 percent up to a majority of owners in order for business to be transacted, board members elected, or budgets approved. The Connecticut Common Ownership Act lifted that burden for communities created after 1984—but left a large number of older associations struggling under more stringent rules. A South Windsor association that Sandler works with "went seven years without being able to hold a valid annual meeting because the quorum requirement was a majority of unit owners and folks weren't coming out to the meeting."

With state laws and association documents encompassing a wide variety of requirements, the impact of the quorum dilemma varies throughout New England. But it's always a concern to those who are involved with community associations.

Apathy Hits in Massachusetts, Too

In Massachusetts, "a lot of associations need 51 percent of the beneficial interest for a quorum, to conduct business, to pass anything at a meeting," noted Charles A. Perkins Jr., partner in the Chelmsford firm of Perkins & Anctil, PC.

But, he noted, under the Massachusetts statutes, the vote of an owners' meeting is not required to pass a budget; the association board can do that on its own, lessening the impact of the quorum problem for associations. Lack of a quorum does, however, "make it hard to elect trustees."

Documents that Perkins creates for associations generally set the quorum requirement in the 25 percent range, and to get elected, a board candidate needs to capture only a majority of the ballots cast by those who turn out to vote.

To reach even that level of activity, though, "boards work hard at getting directed proxies, to get people to participate," Perkins noted. Through their proxies, unit owners can say they want to vote for a particular candidate or candidates for the board, and then offer a general proxy for other matters covered at the annual meeting.

"You try to get people interested, but it's hard," Perkins said. "There's no magic solution to getting people to participate. The requirements for quorums vary from community to community and from state to state, but apathy is a problem everywhere."

Proxies—and an amendment to the association documents—eventually saved the day for owners at River Run, but it was a long and difficult struggle, Sandler and Keller recalled.

The condominium, which encompassed two separate associations, had begun life as an apartment complex and was converted to condos in the early 1970s. After renting one of the units, Keller decided to buy in 2001. By 2002, he was serving on the board. "Before I was on the board, I went to all the meetings," he recalled, and he began to see the serious issues the association was facing.

"People rely on the board; they think we're professionals, but we're not. I have no particular expertise in managing property; I'm a guitar player," he said with a laugh. But the handful of owners who accept the responsibility of running the association often receive little support from the rest of the community. "We don't see anybody at our monthly meetings unless there's a special assessment being discussed."

That's not unusual, attorney Perkins noted. "Until it involves money, most of the time, people don't care" about association business, he said. "Then, when it's going to cost money, you find out that people care a lot."

But at River Run, even the money issue wasn't enough impetus to roust owners of the 124 units to attend meetings. After struggling with the month-to-month budgets, the board decided that borrowing money was the only way the desperately needed work was going to get done.

Plans were drawn up to borrow $1.5 million for the work, a move that required approval of a staggering 80 percent of the association's homeowners. "We needed a vote, to keep the value of our property up," Keller said. Board members rolled up their sleeves and started knocking on doors, working to convince owners to attend the meeting or give proxies. Taking the "belt and suspenders" approach, they asked owners to sign proxies even if they planned to attend the meeting—just in case something came up and their plans to attend fell through.

But the board didn't waver. With a 30-day window to hold a second vote, they pounded the pavement again, and were successful on the second try. The result: new siding, new windows, sill replacements, and more. The approval meant an assessment of about $12,000 per unit, but Keller said that about 60 percent of the owners were able to pay their assessments immediately.

The results of the effort were dramatic. Keller's home, buoyed by a combination of the real estate cycle and the improvements, "is worth two and a half times what I paid for it in 2001."

Getting that loan approved and the work done, however, was not the end of the story at River Run. With attorney Sandler's guidance, the association updated its documents, bringing them into the 21st century and in line with today's participatory realities.

"It can take a long time to collect the necessary proxies" to accomplish anything, including updating the documents, said Sandler, whose firm represents some 300 associations throughout Connecticut. "It takes a lot of hustle on the board's part." Newer documents allowed under Connecticut law can set the proxy requirement "at whoever shows up," alleviating the problems that communities like River Run have faced.

"I think what we're seeing is that people are more devoted to work and to their family life, and less likely to attend an association meeting. It's been a constant problem. More and more people are moving into condominiums as a matter of convenience and affordability, and if they're looking for convenience, they're not as likely to want to attend meetings," Sandler said.

His own experience with the process has been an eye-opener, Keller added, but he's seen a lot of change, and it's been change for the better. Today, he noted, "our board is very interested and dedicated." And the community has become a more desirable place in which to live.