Do not show again [X]
By Mike Odenthal   2016 March Exterior 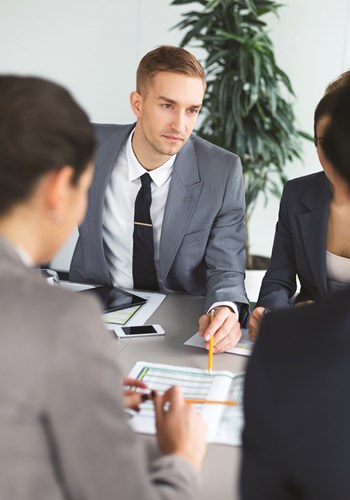 Even if your condominium or homeowner’s association (HOA) is a fortified castle atop a hill and surrounded by a moat, one day, someone will hit it with a really big rock, and thus it’s inevitable: work will be done, repairs will be made, the sun will set. But some projects are of greater consequence than others, and these are often referred to as “capital improvements.”

In the New England area the definition may be more ambiguous, due to the fact that more states/cities /municipalities/associations are in play, but it’s still a term derived from accounting that carries the same basic connotation, not to mention the same substance. These aren’t regular maintenance tasks, but significant endeavors that may involve a dialogue, vote, or even additional financial contributions from ownership on top of the regular monthly assessments and fees. It’s important for a board of trustees to plan from day one for these types of projects, lest it be caught unaware as the sky—or possibly the roof—comes falling down.

To echo the definition above, attorney Mark S. Einhorn, a partner with the law firm of Marcus, Errico, Emmer & Brooks P.C. in Braintree, Massachusetts, explains that the term ‘capital improvement’ was, at the outset, a term found in IRS tax code that referred to property alterations that affected an increase in value.

“Capital improvements under the IRS tax code are distinguished from routine maintenance,” says Einhorn. “Generally, recurring activities (inspection, cleaning, testing, replacing parts, etc.) that are expected be performed as a result of the use of property to keep said property in its ordinarily operating condition aren’t capital improvements.”

While that seems more cut-and-dry than the preamble may have let on, to take just Massachusetts as an example, there are certain semantic details as to what precisely can or should be considered an “improvement” that can have a direct effect on an association’s business.

“In Massachusetts, the word improvement is four letters long,” winks Charlie Perkins, a partner with the law firm of Perkins & Anctil in Westford. What Perkins means is that, something that significantly adds value to a property, thereby “improving” it in this context, requires a 75% majority vote from ownership. For example, were an association not to have a pool, and then it installs a pool, and there’s a pool there, now, that’s an “improvement” that would trigger a vote. On the other hand, “capital repairs or restorations do not require a unit owners’ vote, unless it specifically states such in that association’s documents.”

So what constitutes capital repairs or restorations? Basically, just simpler projects that, while technically adding value and thus “improving” the property, do so in such a way that they fall fully within the responsibility of the board. Perkins cites the example of one type of siding being replaced with a new-and-improved siding, To get more specific—and hopefully more helpful—from a legal standpoint, Perkins’ colleague Scott Eriksen writes the following:

“Determining whether a project constitutes a ‘repair,’ ‘restoration,’ or an ‘improvement’ is not always a simple matter, nor is there a ‘bright line’ test which associations can apply. While there is general consensus regarding certain work (for example repainting existing siding would almost always be considered a repair, whereas installation of a new tennis court would be an improvement), many condominium projects fall into a gray area somewhere between obvious repairs or improvements. Massachusetts Courts have held that the “improvement category ... is reserved for work which does more in the way of new, permanent addition to, or expansion of, the common elements ...”  Bonderman v. Touraj Naghieh, 13 LCR 406, 408 (2005) (emphasis added).  The Bonderman decision also stated that: (1) the fact that work may add elements or features to the condominium common areas which were lacking previously does not, by itself, bring the project within the realm of improvement and, (2) an association need not repair or restore each element of the common area to a particular pre-existing condition, out of fear that doing otherwise might cause the work to be classified as an improvement.”

And Einhorn adds that, in the context of the  law, “a repair or replacement is something that corrects damage due to the ravages of time, or deterioration resulting from normal wear and tear, and occurs by substituting for the damaged, decayed or worn out parts, new material, usually similar to that which existed before it was replaced.  Improvements on the other hand, as used in the Massachusetts Condominium Act, typically means the addition of an element, feature or facility being added to the condominium that did not previously exist.”

At the end of the day, the aforementioned ownership vote requirement is the watchword when deciding where a particular project lands on the repair/restoration/improvement spectrum. As Howard Himmel, a vice president at Avidia Bank, notes, there is no variance in loan rates or terms, no tax implications or advantages, between repairs or improvements. Thus the main distinction is that 75% ownership vote—something that is no small feat to acquire in a large community association.

Once a project has been deemed necessary by all relevant parties and classified appropriately, there is still quite a lot of ground to cover before completion. Almost all of the ground, really. For starters, someone needs to be hired to actually do the work in question. A quality property manager can assist during this process.

“We usually solicit multiple bids from qualified parties and present them to the board,” says Bart Steele, CMCA, a senior regional property manager with Premier Property Solutions in Boston. “We’ll then negotiate and sign the contracts on the board’s behalf as their ‘agent.’ Sometimes, an engineer or architect will be called in should it be necessary and the board approve the added expense. And we’ll also oversee or act as general contractor on the project, should the board be willing to pay us extra.”

Attorneys may pitch in as well. “We’ve closed loans and we’ve certainly provided referrals,” says Perkins. “We make sure that the contracts are drafted appropriately to protect the association. If a board asks us to, we’ll review reports as they come in from a clerk to make sure that they’re worded properly, we’ll help the board convey the scope of the project to unit owners, and help the board prepare any information packets that they may want to send out to the ownership.”

So how does an association fund a major capital project—especially when in-house options, such as budget surplus, reserves, and special assessments of the owners have been exhausted? For that, one must take a trip to the hallowed halls we all know and love to call the bank. And, while, as Perkins attests, it’s not incredibly difficult for an association to get a loan approved for a capital project, there are certainly criteria it must meet.

Dev Singh, vice president of the specialty banking group at Webster Bank, notes that, while policies differ from state to state and bank to bank, there are some guidelines that an association should keep in mind when seeking a loan.

“Typically, we can finance up to 90% of a capital improvement project,” says Singh. “If your association needs, say, $100,000 for roof repairs or parking lots, we can go up to 90%. But we want to make sure that at least 70% of the units are owner-occupied. We don’t like to see too many renters. Property owners have more skin in the game, while renters tend to be more transient.”

Furthermore, Singh explains, banks tend to want to see that associations have a delinquency rate under 5%. “We like a community to have a minimum of 20 units,” he adds. “For anything below that, the enhancements would have to be substantial. We want to make sure they have a very disciplined reserve policy. We don’t want to work with an association that’s running on fumes. Typically we look for 10% of the operating budget to be put away every year.”

“And finally,” he concludes, “we want to make sure that the assessment is at least 1.1% that of the loan payment.”

While governing documents vary from association to association, and the laws vary from state to city to municipality and back again, were an association to keep this advice in mind, it should be able to weather a major capital improvement project with aplomb.

Michael Odenthal is a staff writer for New England Condominium.

Sandra Wiggins on Facade Repair and Restoration:
I am trustee for a two building condominium in Shrewsbury MA.. Total 24 units. Our brick building's were formally apartments and are approx…
Damir on Staying Ahead of Trouble:
I rode my bike through the WorldExpo site back in 2005 when it was still a quinat old neighborhood. They had just started to knock a few of…
Cedar Ed on Get it Done!:
Wood siding, like cedar should not be replaced if unNecessary. Do not let the contractor talk you into replacing what may be siding with de…
Peter Samuel on Go With Your Gutter:
Here in the Mid-Atlantic (Washington DC metro area) much of our rain falls in short sharp torrential downpours during thunderstorms and wi…
Lucky to live in a Brick Condo on Side by Siding:
says Noblin. “Well, feelings are for counseling sessions. That stuff, even though it feels heavy, really doesn’t last on the outside of a b…