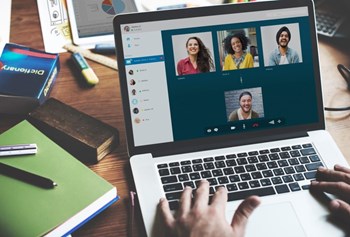 Social distancing, lockdowns, quarantine, remote work, distance learning—these once unfamiliar terms have changed the way we live our everyday lives in the time of a global pandemic. In a society where a handshake is the social gesture that confirms a positive feeling between individuals, the imposed separation between us and our family, friends, neighbors, and colleagues is a heavy burden under which to operate.

Perhaps nowhere is this enforced distancing felt more acutely than in multifamily residential communities such as condos, HOAs, and co-ops. Beyond just isolating formerly tight-knit, engaged neighbors, the need to keep our distance and not gather in groups has made upholding the requirement for communities to convene at least once a year (and sometimes more) to conduct the business of the corporation or association a logistical nightmare.

While more recently drafted condo, HOA, and co-op governing documents may already contain language spelling out the proper protocols for electronic meetings and voting, those established before virtual meetings became a common factor in business life are likely silent on the issue. Ellen Shapiro, an attorney with the Braintree, Massachusetts-based law firm of Marcus Errico Emmer & Brooks, says, “If it’s not prohibited, it’s permitted. Given the extraordinary situation we find ourselves in today, a court would be inclined to favor a board that wanted online meetings for inclusivity, [even if] the documents were written before anyone would have thought of this.”

While it’s true that courts typically defer to board decisions made in good faith as falling under the Business Judgment Rule, given the uncertainties facing boards (and everybody else) going forward, it’s still a good idea to amend your documents to explicitly permit online and electronic meetings, voting, and other administrative functions—and that includes both monthly board meetings and annual association or corporation meetings. “When I draft an amendment,” Shapiro continues, “I specifically include monthly meetings. Most governing docs already provide that the board can act without a meeting by written consent if unanimous, but the better thing is to have a meeting in a virtual medium to flesh out the issues.

“The best solution,” Shapiro stresses, “is to amend your documents to permit remote meetings via electronic means, electronic voting, and the like. It’s the single best thing [the board] can do. Having said that, we know it’s sometimes a difficult process due to unit owner apathy, fear of the unknown, and cost.”

Condominium and co-op boards must hold regular meetings to conduct and transact the annual business of the corporation or association. The coronavirus has made that impossible to do in most buildings—at least in person. Meeting rooms are generally small and often poorly ventilated. Even when people feel fine, or aren’t running a fever, there is the ever-present danger of asymptomatic carriers spreading the virus. As a result, most boards have switched to virtual meetings, a trend that in actuality began well before the COVID-19 crisis.

Andrew B. Freedland is a shareholder with the law firm of Anderson Kill, with offices in Manhattan. He specializes in community law, governing co-op and condominium properties. “Boards,” he says, “have been permitted to meet via conference-type call for a long time. Under Section 708(c) of the Business Corporation Law, unless restricted by the certificate of incorporation or the bylaws, one or more board members can participate by means of a conference telephone. I have personally not seen any bylaws that restrict this type of meeting. That’s not to say that they may not be out there, however—so check your bylaws and certificate of incorporation.”

That said, “The stipulation is that all persons must be able to hear each other at the same time,” Freedland continues. “A Zoom or other type of video call certainly complies with this provision of the bylaws. As a result of that, the vast majority—if not all—of the boards I represent have been meeting through some type of video chat platform since March. Many board members have been away from the city during the summer, and this type of meeting has allowed everyone to participate and board meetings to have a quorum while people may be outside of the city.”

Along with periodic board-only meetings, most residential communities also meet en masse once or twice a year to elect officers, conduct community business, vote on items requiring resident input, and keep shareholders and owners abreast of what’s happening with their most important investment—their home. In virtually all states, these meetings are mandated by law, so holding an annual, public meeting is one of the primary duties of the board. Traditionally, these meetings are held in person, but in the age of COVID-19, close quarters and raised voices (which aren’t uncommon during these all-hands gatherings) are the conduit by which the virus is spread. So what options does a responsible board have?

“Most of my clients have moved to virtual annual meetings as well,” says Freedland. “I think the upcoming annual meeting season, which has been delayed from its usual May/June time period, may be challenging, though. Having Zoom annual meetings for smaller buildings is not difficult, but I think some of the larger buildings—those with 200 or more units, for example—may find a video call annual meeting a challenge. Collecting proxies and ballots also will be different.  Handing documents to a person at a meeting is much easier than hundreds of people emailing/faxing/mailing them back. I had a Zoom annual [meeting] for a seven-unit building, and it was flawless. But the greater the numbers, the more room for complication.”

What if a community can’t—or won’t—hold their meeting entirely in a virtual medium? Shapiro has a hybrid solution. “With some boards, I’ve set up a procedure wherein (assuming their documents allow proxies) one person is appointed as the holder of a directed proxy for the purpose of establishing a quorum, and then a second voting proxy for the individuals who would have voted at the meeting. This must be done individually for each owner. If a unit is owned by more than one person, only one is necessary for proxy—so no splitting votes between, say, a husband and wife. On the date of the meeting, envelopes are counted and opened. A quorum is established first, then votes are counted, and we announce who is on the board. Often, I have been designated the proxy holder, and I’m the only one who knows who anyone voted for.”

Shapiro stresses that if e-voting is already permitted, then a building or HOA should go with e-voting. That said, she recommends a combination of traditional and electronic measures to make sure that people who don’t or can’t e-vote—perhaps because of disability or lack of computer or internet access—are included in the process.

Even with e-voting allowed, it may only go to the vote itself, not with the quorum, as recently happened in the author’s building. In his 54-unit co-op in upper Manhattan, the quorum vote had to be done by paper ballot separately from the actual ballot for the board election. The annual meeting itself was conducted online through Zoom.

During the profound upheaval caused by the pandemic, “I think keeping residents engaged has probably been tough,” says Freedland. In Manhattan, and New York City in general, “Any buildings over the summer saw a significant number of residents who left the city,” he says. “Thus, communicating with shareholders has been a little more challenging. Most buildings keep lists of e-mail addresses and continuing the communications by e-mail has been helpful for day-to-day business. While official notices usually must be mailed, they can be sent by a secondary means in addition, which could be via e-mail as a courtesy.”

Shapiro offers an in-person alternative that some of her clients have successfully used. They held their meeting outdoors, to accommodate social distancing, and everyone wore masks for the duration. Owners brought their own chairs, the board had ample hand sanitizer on hand, and everyone was respectful of the limitations and understanding of the inconveniences of the current crisis. The one potential problem point was the ability to hear others speaking. Passing around a megaphone or cordless mic obviously wasn’t advisable, so some residents brought their own.

“You do the best you can and think outside the box to keep stuff going,” says Shapiro. “You can’t just throw up your hands because of COVID and stop functioning. You have to find ways to succeed.” 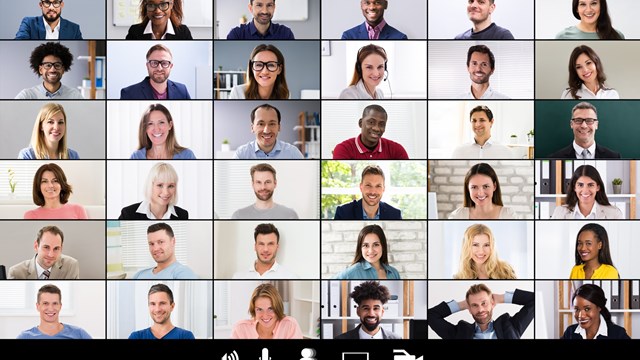 Amy Saunders on Keeping Chimney and Fireplace Safety Upfront:
Phew! It was quite reassuring (for me, at least) when you said that as long as our fireplace is thoroughly inspected by a professional once…
Brenda Partlow Davis on Receiverships & Conservatorships 101:
How long does a receivership last normally. And how do you get out of it.
Nancy Higgins on Where Does It Go?:
I would like to subscribe to your newsletter but when I enter my info as above it keeps getting rejected. Please let me know how I can succ…
joyce nathan on The Water Way:
I have a problem in my condo in greenwich ct. Water is leaking into the top floor unit, (mine) and I need to find a licensed engineer to as…
Bonnie on Living By the Rules:
Can a Board limit the number of renters inside a unit to a number that is less than the legal limit defined by local town occupancy laws?