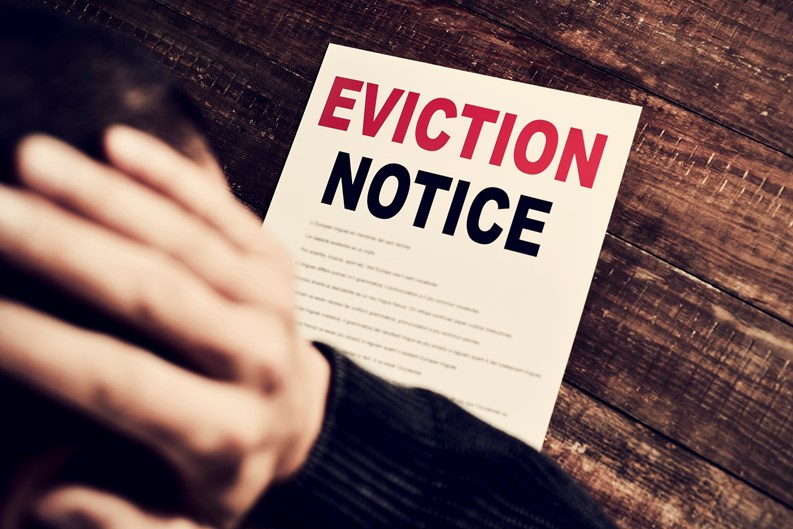 If a rental tenant defaults, persists in violating rules, or breaks the law, they can be evicted from their unit. It can certainly be a drawn-out, acrimonious process, but it’s more or less routine. While much more rare – and more complicated – it’s also possible to terminate a co-op shareholder’s proprietary lease and compel him or her to vacate the building for compelling financial or administrative reasons.

By contrast, removing a condo owner from a building or association and effectively wiping out his or her equity position as a member of the community is extremely difficult, and subject to very narrow legal interpretation. For example, while theoretically a co-op shareholder could be evicted from residency for non-monetary defaults, the same is virtually impossible in a condominium. Condos are pure real estate, not shares in a cooperative corporate entity.  As a matter of fact, from a legal standpoint, the word ‘eviction’ cannot be used in reference to removing a condo owner (though it can be applied to removing a rental subtenant in a condominium unit—a point we will return to later.) The closest we can come to a legally recognizable term for this type of action in a condo association is removal.

Points of law on this subject are consistent from state to state, with only slight variations. The important distinctions relate to who is being removed; the actual owner of a unit, or that owner’s tenant.  In both cases laws are consistent on the most basic matters, with slightly differing approaches and nuances in some states’ statutes.

Julie Schechter is a partner with Armstrong Teasdale, a law firm based in New York City. She explains that a condominium association, unlike its cooperative corporation cousin, has recourse against a unit owner only for monetary default issues – which in turn almost exclusively refers to non-payment of common charges. Unlike in a co-op, condo owners cannot be removed for bad behavior.  Schechter outlines the process as follows:

Alternatively, Schechter continues, “An action can be brought to foreclose the lien that is similar to a mortgage foreclosure action. If the action is successful, the result is a judgment to sell the unit and apply the proceeds to payment of the debt.  It’s important to note that in the event there is a first mortgage on the unit, the bank’s lien is superior to the condominium’s.  There may be one other step that can be taken to encourage the unit owner to pay the money due: depending on the community’s bylaws and rules and regulations, it may be possible to suspend certain non-essential services that the unit owner receives.”

According to Scott Piekarsky, a principal with the law firm of Piekarsky & Associates, located in Wyckoff, New Jersey, “In terms of getting a condo owner out of their unit, it’s not like a landlord/tenant situation.  The only way to remove an owner is if he or she defaults and you can get a lien, foreclose the lien, get a sheriff’s sale, and dispose of the unit.” And he echoes the previous caveat: it has to be for monetary default. “If It’s non-monetary, you can get sanctions and fees, and maybe some monetary relief, but it’s virtually impossible to remove someone if they own the unit.”

The statutes governing this in Massachusetts are pretty much identical.  Eric Thulin, an associate with the firm of Goldman & Pease, based in Needham, Massachusetts notes that “First and foremost, the association would have to establish a lien against the unit.”  However, “The board isn’t left without remedy though.” He explains that in the event of non-monetary default, an association can seek what’s called an ‘execution for possession,’ which gives the association the right to take back possession of the unit, though it would not wipe out the owner’s equity position. That said, execution for possession isn’t a common action; Thulin has them brought before the court, but says hes’ never brought one himself.

Removing an owner is extremely tough – but evicting a tenant from an investor unit is not particularly easy either. According to Schechter,  “Condominium boards lack legal standing to remove unit owners’ tenant, regardless of how offensive their behavior may be.  Even if the tenant were to be in constant violation of a provision of the condominium’s bylaws or rules and regulations, the condominium is still unable to remove the tenant because the condominium is not in privity with tenant.  The condominium unit owner, however, is in privity with its tenant and can take action to evict the tenant.”  (Privity is a relationship between two parties that is recognized by law, such as blood, lease, or service. -Ed.)

Some states – like New Jersey, for example – add another layer to the resolution process in condominium disputes: alternative dispute resolution, or ADR, which refers to a formalized mediation and/or arbitration process that disputing parties must go through before resorting to litigation. In New Jersey, state law requires that all owners in condominiums be offered mediation or arbitration before escalating their case to court.  “The association can seek injunctive relief,” Piekarsky says. “I’ve never seen anyone forced out of a condo association through injunctive relief though.  If they are a danger to themselves, others, or the property, you can get a civil commitment, which would get the resident out.”

Thulin recalls a case that went before Boston Municipal Court involving a condominium owner in an association in suburban Boston. Prescribed medication for a psychological condition, the owner at some point stopped taking it, and subsequently underwent an alarming personality change.  She harassed both the association staff and her neighbors to such a degree that community employees and residents feared for their own safety. The troubled owner also fell behind on paying her common charges.  Eventually the situation became untenable for everyone, and wound up in court. However, in lieu of proceeding to a foreclosure, the court was sympathetic, and directed a settlement called an ‘agreement for judgment,’ which functioned as something like a stay of the foreclosure action. The owner resumed taking her medications, agreed not to engage in further offensive behaviors, and consented as a stipulation of the agreement that if the behaviors resumed, the association could proceed to foreclosure.

Not all situations end so neatly. The rights of the owner are squarely in the path of an association trying to remove an offending resident, whether a unit is leased out or owner occupied. The legal pros spoken to for this article are in general agreement that the path to removal is substantially blocked if there is no monetary default.  The optimal situation for an association is when the unit owner is in default on monthly common charges. When that’s the situation, the association has the right to request a receiver to step in and collect rent from the tenant which can then be turned directly over to the association for both current charges and to make up arrears.

A similar tactic for a non-paying owner is described by Schechter: “While a unit owner in a condominium cannot be removed for non-payment of common charges, there are tactics that boards [of trustees] can use to accomplish the same result.  For example, during a foreclosure action, a condominium can request the court appoint a receiver to collect rent from the unit.  If the unit owner is still living in the unit and refuses to pay the rent ordered by the receiver, the condominium board can bring an action to remove the unit owner for failure to comply with the receiver’s order.  If the action is successful, the unit owner can be removed.”

Overall, the power of an association is very limited when it comes to removing troublesome or non-paying owners and/or their tenants. When a situation does arise, associations should act quickly, turning the issue over to their attorney for resolution.  Dawdling will only cause unpaid charges or offensive incidents to pile up, adding to both the material and the social cost to everyone involved.  Ownership comes with rights and responsibilities, as does the stewardship of board trustees.  Both are to be taken seriously and acted on with alacrity.

Nancy Major on Understanding Fiduciary Duty:
When my friend sold his condo in April of 2020 his association falsely listed that he had not paid condo fees, pet fines, inspection and leg…
Richard Monteiro on Rental Remedies:
We have a 17 unit (one building) condo property in Rhode Island, can we restrict all Units to be owner-occupied? HELP!
Lynn Frazier on Going Overboard:
Association just changed condo docs to allow commercial vehicles. An unfriendly neighbor's guest is parking his truck in her deeded space b…
Ronald Wallis on The Condo as a Legal Entity:
How many condo units can u own legally in Massachusetts
trish on Building a Better Board:
This is such BS....Board members are there to serve the owners oft the corporation. Matters are personal. Learning to strike the balance a…