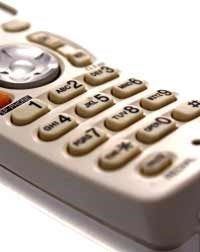 One of a management company's most important responsibilities is to be there when something goes wrong — but that doesn't necessarily mean that a building or association manager needs to be on-the-spot for every minor mishap. Sometimes trustees and residents alike forget that their property manager can't (and shouldn't) try to do everything and be everywhere. It's important to prioritize issues, pick your battles, and resist the urge to phone or e-mail the manager for every broken light bulb or sticky door hinge.

"Some [residents] feel that the management company works directly for them, as opposed to their board or the organization that they belong to, and they will call every day," says James Connolly, a property manager with Port Property Services LLC in Peabody, Massachusetts. "Past a certain point, we will let them know that they can't be calling every day. If they have issues, they can put them in writing and we will be happy to address them when the appropriate time comes."

Every property manager has a horror story about some pesky resident who constantly calls the office about every little thing. Worse still are the rants that include cursing, screaming and a complete disregard for the manager's feelings.

There's a flip side to the problem of a constant caller: the trustee or resident who doesn't call the property manager when they should. These are people who may see a legitimate problem in their condo or co-op, but wait to call management until the situation is out of hand — and by then, it's usually too late.

Although there are no exact written guidelines, common sense usually dictates what is the right time and the wrong time to call your property manager. According to the pros, building residents need to learn how to control their impulses to reach for the phone at every turn and understand what instances require fast attention.

Obviously, when something goes wrong, people want it fixed right away — if that's not possible, the frustrationcan get the better of them. Then they take it out on a property manager.

According to managers, their pet peeves include residents making mountains out of molehills, or calling their office to rant and take all their pent-up frustration and angst out on whomever picks up the call. "And it's not just residents," says Kristin Smith, a property manager with Nissitissit Group Ltd. in Pepperell, Massachusetts. " You would think that the board would call at the appropriate times, but they don't always."

Everybody jumps the gun sometimes, as calling someone over a problem is a natural reflex. But the manager's power is limited. "People who live in condos don't always truly understand how the condo operates and who's responsible for what," says Stephen V. Lewis IV, owner of Harvest Properties in Melrose, Massachusetts. "I think that's from not really reading the condominium documents or being involved in the condo at all."

"You never want to say 'don't call,' but sometimes they call to complain about a neighbor situation and there's really nothing you can do about it in some cases," says Marie White, a property manager for Certified Property Management in Brookline, Massachusetts. "I had one case with someone doing construction and they had all the permits and followed all the rules, but their neighbor worked nights and was adamant about me stopping [the project.] I explained that their neighbor was well within their rights and there was nothing I could do to stop them."

The woman in question fired back at her, "You're not willing to help me!" to which White responded, "I'm certainly willing to help, if it was something within my power and control."

So when is it okay to call your manager? "The best time to contact the management company is when you have a question or are unsure about the running of the building," says Connolly. "The worst time to contact us would be after you've made a decision about something, because then it's too late to do something about it."

Smith adds that residents should act early on problems they see. "The right time to call is when you first notice something is wrong," she says. "When the problem is small and manageable, it's much easier to nip it in the bud. We can get someone to look at the problem sooner rather than later."

Smith gives the example of a condo building resident noticing water stains on their ceiling. The proper time to call is on that first sighting —not two weeks later after a rainstorm has caused that ceiling to fall in, wrecking your living room.

If you live in a larger development, don't assume that someone else has called about a problem that affects the entire building. "I've found that a lot of people are reluctant to call in the larger buildings," White says. "If the lights go out or the elevator is out, it's not always the case that someone has notified us."

Sometimes managers feel like their residents may have a little too much time on their hands and are just looking to vent.

"We have these imaginary plaques on the wall that say we are licensed social workers," laughs Smith. "Depending on what the call is and really what the demeanor of the person is, if they are the type of person who just needs to call every six months and complain for five minutes and they are happy for another six months, we let them complain."

But there are people who sometimes aren't so nice. Many times residents call screaming and upset that there is a problem, and they demand immediate satisfaction. Each manager has his or her own way of dealing with such a person.

"You need to defuse their anger," White says. "Sometimes we've had people where we've had to tell them to tone down their tone of voice or language or we would have to end the phone call. Sometimes we put them on the phone with someone else in the office if they won't calm down on their rant, and that might help."

In this communication age, there are obviously lots of ways to contact a property manager, be it by phone, cell phone, e-mail or text message. Most managers have a preferred method and it's probably a good idea to stick to the one that they request.

"The biggest benefit of e-mail is an instantaneous ability to put the problem in the forefront, but the drawback is thatpeople expect an immediate response," says Connolly. "In

emergencies the best thing to do is call, but the problem there is that everyone thinks that their problem is an emergency."

Although White prefers e-mail from her residents, the method has some disadvantages.

"E-mails don't waste time and are a lot quicker," White says. "The problem is with the tones in the e-mail, people tend to be nastier. They say things that they wouldn't say to you on the phone. Sometimes it's the way it is presented. We try to reply immediately or sooner. If you don't, you'll get one the next day asking why you didn't reply."

Smith believes that a call is fine for the first time you are presenting a problem, but it's probably best to put repeated complaints or the more serious things in an e-mail so that there is written documentation and it's easier to explain exactly what has happened.

"If it's something that is a repeatedviolation or a serious matter or something that you have been monitoring, then we prefer it in writing," she says. "That gives us something specific we can take action on because we have the facts in front of us."

Since the manager is the first in line in an HOA's administrative hierarchy, calling the manager when problems happen is usually the right choice, as long as it's a real problem and something that falls within their jurisdiction. It's important to remember to be nice and explain your problem and let the manager do their job to help.

"Really it's better for us if people call us and let us know what's going on in the building if they have problems, rather than us find out about people who are upset and have been for the past six months because we didn't know about it," Lewis said. "For those people that do call all the time about every little thing that comes up, I think they diminish when they realize that we do solve their problems."

Keith Loria is a freelance writer for New England Condominium.