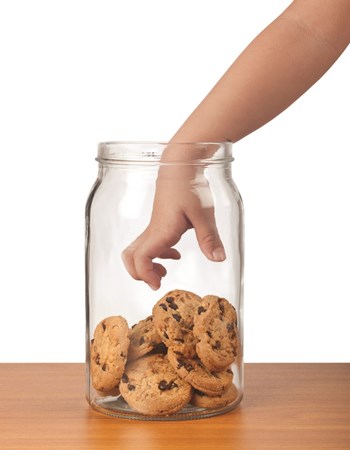 Sometimes the future seems like it’s an awfully long way away. If a roof is going to last 30 years, why should we worry about it today? Same with that shiny new boiler or that flat, crack-free pavement just poured two summers ago. Eventually, though, everything new grows old. Wear and tear sets in and soon, those elements we thought would last forever are in need of repair or replacement.

That is where a reserve study comes in handy—very handy, in fact, because it means the condo or co-op community has been socking away savings for years in order to pay for those replacements and repairs. Unfortunately, regular deposits to the “future needs” cookie jar have not always been a popular idea among owners, says reserve study specialist Mitch Frumkin, PE, RS, CGP, president and founder of Kipcon, a full-service engineering firm headquartered in North Brunswick, New Jersey, with offices in New England and around the country.

That attitude changed, though, as the number of mortgages backed by Fannie Mae, Freddie Mac and the Federal Housing Administration (FHA) began to grow. “Today,” he says, “75 percent of condo mortgages are guaranteed by FHA, Fannie Mae and Freddie Mac.”

This shift has tilted the scale in favor of reserve studies because “they have regulations for insuring mortgages and in order for it to be guaranteed, there are certain requirements that have to be met,” Frumkin says. One of those requirements is that 10 percent of the budget must be set aside on an annual basis for future repairs, or the board must do a reserve study that shows they can afford to put aside less.

“In a high rise, you can have a $7 million budget, and ten percent of that is $700,000” so that is what must be set aside each year, says Frumkin. If a reserve study is done, though, analyzing exactly what replacements and repairs must be made in the years to come and how much needs to be saved to pay for them, the number will likely be significantly less. “You can pay $15,000 for a reserve study and spend hundreds of thousands of dollars less,” Frumkin says.

Reserve studies are usually performed by engineers or architects who have earned specialized designations known as Reserve Specialists (RS). These specialists examine the condition of the common elements such as the building’s exterior including the roof, façade, sidewalk, roadways, storm water drainage and more. After evaluating the building or association, the reserve expert will prepare a report including a 30-year expenditure page that shows prospective costs for each year—the amount the association should be tucking away. On average, it takes about 60 days to have a reserve study performed. Studies can be updated every three to five years.

Replacement of roofing, siding, decks, roadways, walkways and retaining walls are among the biggest components funded by an association’s reserves, says Ralph Noblin, PE, of Noblin & Associates Consulting Engineers in Bridgewater, Massachusetts and Dover, New Hampshire. “These aren’t situations where you’re just ‘tweaking it’—not the day-to-day things like painting, fixing a leaking roof or seal-coating a parking lot.” And the price tag of a job isn’t necessarily a deciding factor on what fits in to the reserve category. While owners facing a six-figure bill for painting their buildings might consider that a capital expenditure, he notes, “the IRS still says no, painting is not a reserve item.”

It pays, then, to know which projects to budget for—and how much to set aside each year. “That’s why you need a condo accountant,” someone who is experienced with the intricacies of condominium finances, Noblin stresses.

Knowing which items are covered by reserves is just the first step. Figuring out how much to set aside is more complicated. An association can’t, for example, assume that since the original roof had 20-year shingles, tucking away 1/20th of the cost for 20 years will prepare it for the next roofing job. The quality of those original shingles, the weather they’ve been exposed to and other factors can affect the actual lifespan of the roof—and the costs of materials and labor change over that lifespan, too.

“The deterioration of a roof, or siding or pavement, is not a straight line,” Noblin says. “The rate of deterioration is variable. This winter, asphalt really took as bad a beating in New England as I’ve ever seen.” With that in mind, revisiting the reserve study every three to five years makes sense, he says, “to re-do the math and update the replacement cost. Asphalt pavement and shingles, for example, have spiked dramatically lately.” Materials alone for some jobs, he says, have increased 100 percent in the past five years.

“You really should do it every five years or so,” says James Butler of J. Butler Property Management in Tewksbury, Massachusetts. “A lot of people don’t see it that way; they just want to add an inflation factor.”

Regardless of where a community’s bank account stands, it’s never too soon to start down the reserve study path. “We do a lot of transition inspections and reserve studies,” Noblin says. “Sometimes, they’re done so early that the homeowner board still hasn’t taken control.” On the other hand, he laments, “We’ve had discussions with groups that had never done a study; the condo was built 24 years ago, and they suddenly realized the buildings were getting older.”

Clearly, it isn’t always easy for condo professionals to get clients to understand the importance of long-range planning. Too often, owners (and board members) at recently-built properties don’t want to think about problems down the road when they’ve just made large investments in shiny new homes. Sometimes, residents at 55+ communities figure they won’t be around by the time the roof needs replacing; it will be someone else’s problem down the road. First-time homeowners may simply not be thinking about the long-term costs of their “carefree living” condos.

But property managers know that planning for the future is essential for every community. “As a management company,” says Butler, “we feel that if they’re not willing to participate in a reserve study and fund it, we just won’t manage the property.”

To ensure that funds are available when the inevitable rainy day arrives, the board should constantly be reviewing their situation. Despite the “10%” rule of thumb that grew out of the FHA mortgage requirements, though, reserves at various properties don’t fit neatly into a simple formula. “A lot of condos get hung up on that 10% … but it’s such a vague formula. It means nothing if a building has a pool, or a slate roof that’s going to be expensive to replace,” Butler says. Faced with reality, though, “a lot of board members are afraid to bring it up” at annual meetings. “You really have to educate unit owners, and the annual meeting is a good place to do that,” Butler says.

At some point, boards and homeowners have to bite the bullet. “It’s different for every association, but there are different ways to get to where you need to be,” says Frumkin. “If you’re underfunded, you can change how much you’re putting aside.” And boards and managers also can enlist the talents of industry experts who have experience in reserve studies and solid, prudent planning. “There are ways to get there if you work with someone who understands the different types of plans,” says Frumkin.

Paying for it Wisely

Planning is everything when it comes to the successful upkeep of a condo community. “Even if you don’t set aside the money, you’ll still need to replace the element. It’s not going to wait for you to get the money,” Frumkin says.

For those associations that either were not putting money away or that ran into unexpected circumstances that set them back in their saving, there are options for rebounding and still ensuring that the work is done—some of them more palatable than others to residents.

If the money is not sitting in the bank, there are basically three choices. Borrow the money, delay the work—generally not a good idea—or assess the unit owners.

For years, banks were reluctant, to say the least, to offer construction loans for associations facing major expenses. For many condominiums, the only answer was a large special assessment—often faced not by the original owners who had enjoyed the property as it slowly deteriorated, but by subsequent owners. “Some people who bought condos in the ‘80s skated along with low (monthly) fees, then got out” before reality hit, Noblin says. The new owners faced huge assessments, and “people were in tears; they were going to lose their homes.”

As difficult as it may be to set aside extra funds or as intimidating as it may be to inform a building’s residents that cash must be raised and saved, these alternatives still come out way ahead of finding out too late that there is no cash, no resources and few options for replacing a leaky roof during a rainy spring or a broken-down boiler in the dead of winter.

As with everything in life, thinking ahead can help alleviate stress and put management in the driver’s seat for a safe, well-funded and well-planned future—an approach every homeowner certainly can endorse.

Liz Lent is a freelance writer and author and a regular contributor to New England Condominium. Associate Editor Pat Gale contributed to this article.