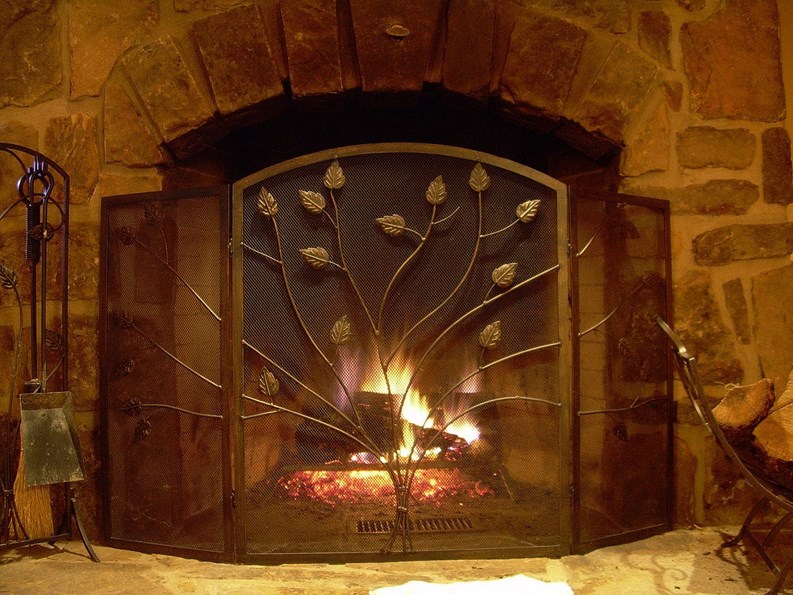 Yours may not be this grand, but whether it burns real logs or is powered by gas jets, a fireplace is a beloved (and valuable!) amenity.

Some lucky apartment owners can come home from work on a cold winter’s night and warm their feet by a roaring fire while drinking a hot toddy.  A working fireplace is a coveted amenity for many, adding a dash of vintage charm to prewar apartments, or a touch of luxury in sleek newer buildings. But hot toddies aside, maintaining a fireplace in your apartment is no small task. From regular cleaning to proper venting, taking care of a working fireplace is a serious responsibility – and crucial for the safety of both people and property.

While fireplaces may be considered a nice touch today, at one time they were necessary components in every home, warming the house and providing a place to cook.  But that was a century-and-a-half ago.  Today, wood-burners are most commonly found in converted townhouses built in the second half of the 19th century and in upper-floor and penthouse apartments in prewar luxury buildings, while newer construction generally features gas-powered or electric hearths. They are also very common in townhouses, reports David Levy of Sterling Management Services located in Holliston, Massachusetts.  Some units may even feature multiple fireplaces.

John White is the sales manager of Boston-based Billy Sweet Chimney Sweeps, which serves Boston, the North Shore, and Portland.  “Maintenance requirements for a fireplace in an apartment building are no different than for a single-family home,” he says. “Solid fuel fireplaces should be swept and inspected once a year.  That recommendation is made by the Chimneysweep Safety Institute of America (CSIA). They are the most accepted certification in the industry.”

“If you use it, it needs to be swept,” White stresses. “Additionally, throughout the entire year, thanks to heat and snow, freezing and thaw, a chimney’s masonry can become damaged, and can deteriorate over time. Annual inspections are not only to make sure the fireplace system is clean, but also to make sure it’s in good working condition.”

As with any element in a multifamily building that involves components that penetrate into both private homes and common areas, it’s important for co-op or condo owners with fireplaces to know whether the component parts to be maintained are under their purview, or that of the co-op or condo association.

The answer will depend on what it says in your proprietary lease or condo documents. In many cases, the fireplace, flue and other parts of the fireplace system are the sole responsibility of the shareholder or owner. In others – particularly in a building with multiple fireplaces in a single line of units – the flue may be considered a common element, but the mantle, hearth, and firebox within the apartment itself would be the responsibility of the shareholder or owner.

“When considering annual maintenance,” says Eddie Delgardo, sales manager of Westchester Fireplace and BBQ, located in Elmsford, New York, “the apartment owner usually pays us directly. In terms of arranging the maintenance visit though, that depends on the building and the overall situation. If there’s a large number of fireplaces in the building, the managing agent may arrange to have all inspections done at the same time, and schedule maintenance work similarly. Otherwise, apartment owners arrange the annual visits themselves. In both cases, we are paid directly by the owners.”

Another interesting point is that unlike a wood-burning fireplace made of stone or brick, gas-powered fireplaces are like cars; they come in many different models.  When a gas-burning fireplace requires maintenance, the maintenance company will ask for the make and model of the unit. Not all gas or electric units are equivalent, and not all components interchangeable; they may require specific replacement parts from the original manufacturer.

If you’re lucky enough to have that rare find – a wood-burning fireplace – Delgardo has one important piece of advice for you: Learn how to build a fire safely. “The problem is that when they build a fire, most people want to start with the Yule Log right off the bat,” he says. “This is an amateur mistake. Start your fire small.  There is a finite amount of smoke you can put into the flue before it spills out of the front. A flue is like a reverse funnel, it can only handle so much smoke.  You don’t want smoke to flow back into your apartment.”

Both White and Delgardo say that older fireplaces are trickier to maintain, and often require a good amount of TLC. And both pros stress that residents, building staff and others should never attempt to do fireplace repairs or serious maintenance by themselves! It’s just too dangerous to both the unit owner and the building.  Always use a licensed professional chimney sweep. While there is no formal certification or degree for chimney sweeps, they must be members of a chimney sweep guild, be properly licensed in their state, and carry the necessary and appropriate insurance, like any other contractor.

White also suggests that fireplace owners make use of the CSIA website, www.csia.org. “There are blogs that cover everything from how to start a fire to where to find a chimney sweep. It’s a very complete resource.”

Lovely and value-adding as they are, at the end of the day, a fireplace is essentially an open blaze in close proximity to any number of flammable materials, as well as foot traffic, kids, possibly pets – and so operating them in an apartment building poses obvious safety challenges. Fireplaces by their very presence in a home increase the probability of a fire, or of smoke- or ventilation-related problems.  That risk has moved some co-op buildings to simply ban owners from using their fireplaces entirely – and some insurance companies will not insure a multifamily building with fireplaces.

“Inspections can be arranged independently by unit owners,” Seaman continues, “but a better way is to have one contractor [inspect] all the units in the building at one time. That way they can confirm that everything has been done according to requirements, and that no individual unit has been left out.” Seaman says that when a building board or management chooses the inspector and maintenance people, it’s crucial that they verify that the chosen pro is properly licensed and carrying proper and adequate insurance that contains risk transfer language.

According to Delgardo, electric fireplaces have been growing in popularity in recent years. “They are very popular with millennial buyers,” he says. “Many new rental buildings are opting for them as well.” While clearly not the ‘real thing,’ many electric units do a very good job of mimicking the sound and look of crackling logs and flickering flames. The technology is remarkably simple: light from an LED bulb bounces off a rotating metallic silver refractor (a bit like a rotisserie) cut with three-dimensional patterns that create the illusion of a random flickering flame. Some models feature an audio element that makes a crackling noise, extending the illusion even further. Delgardo says that other popular features include programmable optical effects – like changing colors, for example – that users can control with their smart phones and other devices.

Whether you’ve got a turn-of-the-last-century conversation starter featuring a three-foot deep mantelpiece held up by carved lions, or a sleek new electric model you can switch on and off from 1,000 miles away, it’s important for your own safety and that of your neighbors to know how your fireplace works, and make sure it gets all the care and maintenance it needs to function properly – and safely. 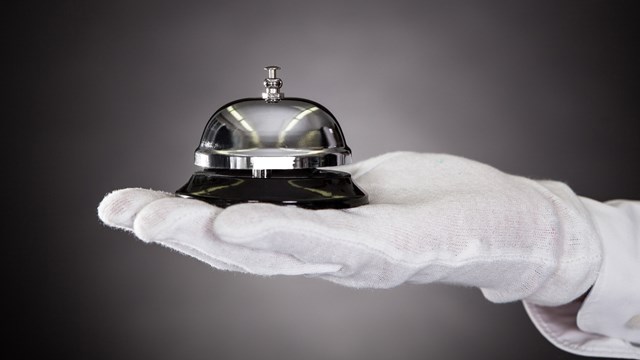 How Much Value Do They Add to Your Community?