Do not show again [X]
By Keith Loria   2012 January Management 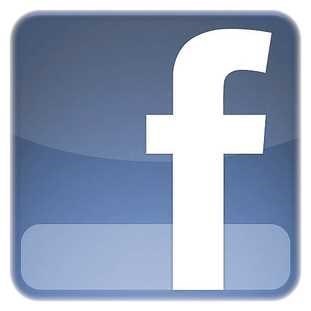 As the calendar approached the start of 2012, more than 800 million people were  on Facebook, 200 million people sent updates on Twitter, around 125 million  were chatting away on MySpace and around 120 million people were registered  users networking on LinkedIn. It’s no wonder that condominium and homeowner associations were using social media  outlets to communicate with their residents, market themselves and build  community.

Technology has transformed the way that people communicate with email, message  boards, and social networking websites, and the arrival and popularization of  smartphones has enabled nearly everyone to carry the Internet and all its  conveniences in their pocket.

Facebook, Twitter, and other social networking sites and mobile apps have also  made inroads into condo, co-op, and HOA communities, enabling managers,  residents, trustees and board members to stay in touch and communicate with  each other on a more regular basis.

“Many communities are discovering that Facebook, in particular, allows them to  convey information, encourage owner involvement and build community more  effectively than the websites, newsletters and e-mail on which they now rely,” says attorney Stephen Marcus, a partner in the Braintree, Massachusetts law  firm of Marcus, Errico, Emmer & Brooks, which handles condominium law throughout New England. “Younger residents, especially, don’t monitor their e-mail regularly and they’re not likely to visit a community association’s website, even if it’s a good one. But they live on Facebook and Twitter.”

While growing in popularity, not everyone has taken to the sites as quickly.

“Seniors, for one, aren’t going to jump on the social networking bandwagon,” says David J. Levy, president of Sterling Services in Holliston, Massachusetts.  “Social media is a way to have super communication and transparency, but it’s just one tool in the tool kit to get there and hasn’t caught on that much with our properties.”

And Stephen DiNocco, a principal at Affinity Realty & Property Management LLC in Boston, says that as of yet, none of the 55 condo  associations his company provides services for is utilizing social media sites.

AtHomeNet is dedicated to serving the community association industry through  providing the most recent technology coupled with user-friendly interfaces and  works with over 650 management companies nationwide.

“A lot of time we get contacted by condo associations looking for not only a  website but how can we tie in social media as well,” says Mike Curtis, At HomeNet’s director of sales and marketing. “People are looking to use social media as a way to build community around their  community.”

Facebook, YouTube and Twitter are the sites gaining the most traction, according  to Curtis, who watches the growth of these sites on a daily basis. The website  is the core for hosting information and private communication between boards  and residents, while the Facebook and Twitter integration lends to the  communication side of things for instant gratification.

“If they are following Facebook, like most do, at some point they will check out  the news feed. It’s that easy,” Curtis says. “We find that managers are using Twitter, so there’s three or five posts of tweets of interest to the people who live there.”

Communications through the site often deal with monthly meetings, events, issues  with the building or just notifications typical to a community.

YouTube is growing as many condos use the video element as a marketing tool.

“We have seen a large increase in those using YouTube and linking it to their  websites,” Curtis says. “It’s another great social media site that can help your association grow.”

If social media represents the communications vehicle of the future, it also  creates a whole new set of liability risks for associations.

“The most obvious risk is that someone will sue the association for libel based  on something posted on its Facebook page, tweeted or blogged via an association  platform,” Marcus says. “But libel is by no means the only exposure association boards need to consider.  Communities that maintain social networking sites incur the same liability  risks as any company that distributes information.”

That list includes, but is not limited to: Copyright infringement (for  reproducing content without permission), plagiarism, interference with  contractual relations, emotional distress, and invasion of privacy.

“The risk of saying something that will trigger a lawsuit also exists with  personal websites and email, but the risks are magnified on social networking  sites where information can be instantly catapulted beyond the site into  cyberspace, increasing both the audience and the association’s potential liability,” Marcus says.

There are some protections under Federal law for operators of social media  sites. Section 230 of the Communications Decency Act eliminates liability  (primarily for defamation) for information posted by third parties and Section  512(c) of the Digital Millennium Copyright Act eliminates liability for  copyright infringement claims involving content posted by third parties.

While Facebook is known for its open framework, allowing designated “friends” to both read and respond to information posted on an owner’s page, the community associations can use Facebook’s privacy controls to make the association’s page in effect “read only.”

“Community associations that establish social media sites can protect themselves  further by strictly controlling access and use,” Marcus says. “Associations that restrict access in this way should direct owners who want to  comment to attend the next board meeting or contact board members directly.”

If the goal of the Facebook page is to establish an open forum and wanting  owners to communicate in this way, it’s a good idea to post a disclaimer stating that the goal is to encourage an open  exchange of information, but that the views expressed do not represent the  official position of the community association or condo.

“Boards should also establish standards for any social media site they establish,  specifying, for example, that conversations must be civil and prohibiting  comments using foul language or deemed to be libelous or offensive,” Marcus says. “Boards allowing third party postings should monitor them closely and remove any  comments that violate their rules. The need for monitoring and the difficulty  of doing so consistently are among the potential problems boards should  consider in deciding whether to create a social media platform and how to  structure it.”

While social media applications are exploding and becoming more popular in these  realms, it’s important to be careful of not getting too comfortable with these sites and  revealing too much. What may seem like a harmless post or comment on a message  board may be something that can harm the reputation of the management company  or condo.

“We are part of a leadership forum and one thing we hear most about the downside  of social media is the concern everyone has about negativity that may take  place,” Curtis says. “You can have a resident unhappy and they go straight to a Facebook page and it’s an open forum and they can create a negative post or comment.”

Levy shares a story where one of his residents used a blog feature on a website  to say some nasty things about the board president, and because it wasn’t policed post by post, it was out there for everyone to see for an entire day.

“By the end of the day, the board had shut it off, but that’s something that can be very dangerous and drive people away,” he says. “These are modern day bulletin boards and I have found the echo chamber of  positive or negative can get out of hand.”

Because the conversations and information is flying so fast on social media  sites, issues with confidentiality have become an issue and open boards and  associations up to risk.

Human nature often causes a board member to get defensive and fire back to a  negative comment, but that’s unwise.

“For board members on the receiving end of these barbs, the urge to respond to  every negative tweet and refute every critical blog is understandable, but  usually unwise,” Marcus says. “There is little to be gained by getting into a tweeting or blogging duel with  owners. By responding in kind to an owner’s cyber-rant, board members sink to the ranter’s level and run the risk of bringing it to the attention of other owners who  might not have seen it.”

Those contemplating starting a social media site for their condo or HOA should  review their insurance policies to assess what coverage they provide, if any,  for potential social networking exposures.

While some general liability policies broadly cover defamation, there are really  no set rules as to how social media is viewed in this landscape. If an  association’s D&O policy covers defamation and does not specifically exclude social networking,  then the coverage would apply to the community’s social networking activities.

Just as an association’s website is often run by a volunteer of the board, handling a community’s Facebook or Twitter account is often run by someone who is social media savvy  in the building.

“We originally had a lot of unit owners working on the websites but they  frequently got tired of doing that work and they became stale and not  interactive,” Levy says. “These sites are a little easier to maintain and information can get up and  distributed in an instant.”

There’s no denying that social media is here to stay and can be a great communication  tool for a condo or HOA. Just be sure to be proactive in protecting the  reputation of the community and establish rules for everyone to live by. 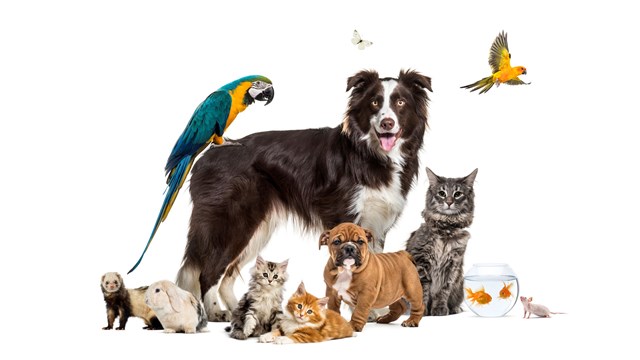