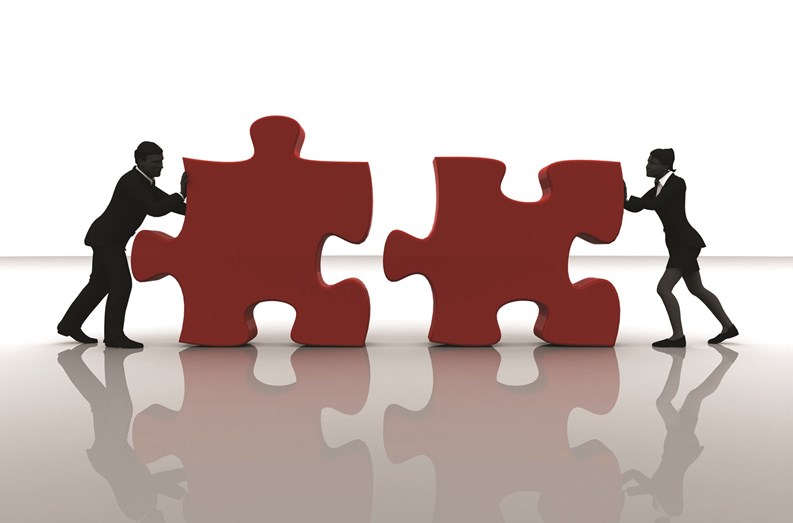 At almost any job, whether it involves running a multinational investment firm or flipping burgers at a chain restaurant, employees are given periodic reviews of  their performance. Common elements of all reviews are that they assess how the job holder is doing, what his or her strengths are, and what areas need improvement.

For property managers, however, performance evaluations can be challenging because of the sheer variety of people they deal with, from boards of directors and boards of trustees to disgruntled owners, and hectic schedules that can push periodic reviews down the road indefinitely.

A lot of employers who don’t bother with appraisals decline to do so because they are “too busy.” The excuse is that there is always a more productive use of their time. While this is rarely true, as best practices have consistently shown, it is excusable if the job is being done well. But what if it’s not?

Although part of being a good property manager is anticipating the needs of a building before the board even realizes the need arises, property managers are not, strictly speaking, mind-readers. They may think that no news is good news. Maybe they’re right, but maybe not.

A formal performance review is a way for both parties to sit down, talk about the period that ended and the period that is beginning—be it a week, a month, six months, or a year—and make sure that they are both on the same page.

“A performance review is a formal feedback mechanism which highlights employee accomplishments and areas for improvement,” explains Madhu Maron, a New York-based human resources consultant and career coach who moonlights as the treasurer of her co-op board. “Reviews are accompanied by a discussion about the past year's performance, as well as what's coming up for the next review period.”

The directional aspect of the review is critical.

“It’s important to determine that the employee is meeting the goals and going in the direction that’s been set out,” says Stephen DiNocco of Affinity Realty & Property Management in Boston. “If they’ve strayed off course, you can get them back on track. It’s a measuring stick—or a GPS system.”

Property management is a service job, and in service jobs in particular, communication is critical. Generally, boards and managers will not have problems communicating, but even so, a performance review is a formal opportunity to make sure. Even little things can grow into big problems if not addressed in a timely manner.

“It gives employees that opportunity to evaluate performance and to make sure the level of expectation is being upheld,” says Lauren Davis, LCAM, CMCA, AMS, and president of Desired Results Consulting in West Palm Beach, Fla.

The benefits of a periodic review are manifold: “Better relations between board and management, improved building operations, creative ways to solve challenges, and keeping the managing agent on his or her toes,” says Maron.

In order for a performance review to be fair, the property manager must know, formally, what is expected of him or her. You can’t lambaste a manager for something if he or she didn’t know that that something was in the job description.

“First and foremost, the criteria for evaluating managers should be guidelines that were agreed to in advance,” says DiNocco. “If you’re going to evaluate someone, everyone has to know the score up front.”

Guidelines could include areas like responsiveness, knowledge of the building’s needs, professionalism, and the ability to meet the needs of the property.

Keeping that in mind, managers should prepare for a review—and this is prudent business practice anyway—by keeping good records.

“I’m a big pusher for managers to keep documentation,” says Davis. “This way they can tell the board, ‘Here’s what I do every single day.’”

Davis, who wrote an e-book called “Tricks of the Trade” to help community association managers enhance their performance, stresses the importance of relaying information during the review.

“It’s all in the communication,” she says. “There’s no fine line when they have to tell a manager he’s not doing a good job.”

Maron agrees. “The goal of feedback is to support the employee in performing well,” she says. “If an employee is off track, it's best to address the issue when it first arises with an emphasis on improving performance. The employee may need additional training in certain areas or simply to better understand what's expected. The employer should be clear about what's not working, why the issue is important, what must improve and in what time frame the improvement must occur.”

One suggestion: pair the positive with the negative. Before you bring up an area that needs improvement, highlight something the manager did well.

“I’ve sat in on things where it’s a meeting to bash,” DiNocco says. “I don’t see the purpose of that.”

Another tip: discuss whether the job got done or not—not the manager personally. Performance reviews can inspire managers, if done properly.

“If you establish guidelines up front, use the analogy of a course,” suggests DiNocco. “If it’s put in that formulation, it’s not uncomfortable, it’s constructive.”

Most companies do formal performance reviews once a year, with informal feedback coming more regularly.

Reviews should be given “at least annually,” Maron recommends.

“More frequently than once a year,” DiNocco recommends. “I try to do it weekly, depending on what results I get from the previous meeting. Some employees are more self-sufficient. Some people are less efficient and need more guidelines usually due to inexperience.”

Desired Results Consulting, Davis’s company, will act as a liaison between boards and managers, in order to, among other things, help with communicating negative feedback to the manager.

“The best way is for an unattached outside party to do it,” she says. “Managers take it too personally if it comes from the board.”

A board of directors might suspect that its property manager is not getting the job done. But with no real means of comparison, how can the board know for sure? How can you tell that your manager might be asleep at the wheel?

“If action items are not being performed in a timely manner,” DiNocco says. “Coming unprepared to meetings. A lot of owner complaints are about responsiveness.”

Complaints, of course, are like tea leaves and tarot cards—they can be read in different ways. There will always be complaints—some people just like to complain—and the board should take that into consideration.

“Complaints from residents, that’s not necessarily a red flag,” says Davis. “That’s the norm. I don’t know if I’d hold that against them.”

But complaints from owners who don’t usually complain—and complaints that usually go to the manager but find their way to the board instead—constitute “a different kind of red flag,” DiNocco says.

“If they can never find the manager,” says Davis. “If the manager is not getting projects done on a timely basis. If the manager can’t provide supporting documentation.”

For example, the board may ask how a search for a new landscaping vendor is going, and the manager might reply, “I made some calls but they didn’t call back.” If the action is documented, the manager can say, “I called XYZ Lawns on Tuesday, Dominick’s Landscaping on Wednesday, and then XYZ again on Thursday. No one has called back yet, but I plan to follow up next week with ABC and DEF.”

That said, the number one issue that affects management performance, or the perception of that performance, is money. Specifically, the budget.

“The guidelines come down to this,” DiNocco says. “You look at the management plan, formal or not. That goes in lockstep with the budget.”

Property managers are not magicians. If a board asks them for fifty dollars worth of services and gives them a twenty, it’s not necessarily the fault of the manager that residents aren’t happy.

“Boards don’t give managers that much room for discretion,” DiNocco explains. “If a property isn’t doing well, it’s usually [lack of] resources more than the manager didn’t do the job.”

Directors and trustees are usually elected, and as we know from watching the last year of campaign coverage, politicians spend a great deal of time offering to expand services and cut costs at the same time. Great for a stump speech, not so good at an association.

“Boards underfund and then want services they should have funded from the beginning,” DiNocco says. “Just one problem will throw everything off. Then it’s March, April, and the funds are already used up.”

This is something boards should consider when reviewing a manager’s performance: they can’t, as Paul Simon would say, find an acre of land between the salt water and the sea strand, or reap anything with a sickle of heather.

“Managers,” DiNocco says, “can be in an impossible position from the get-go.”

And that reality should be recognized and factored into the property manager’s review. 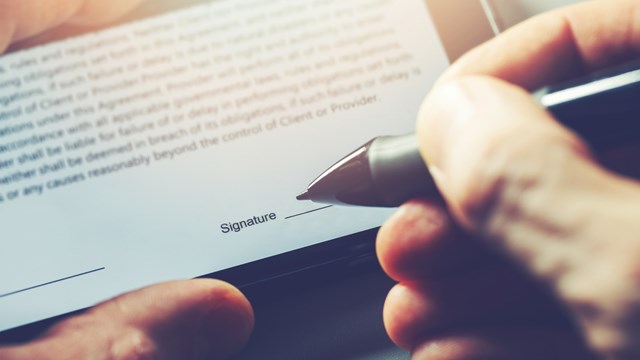 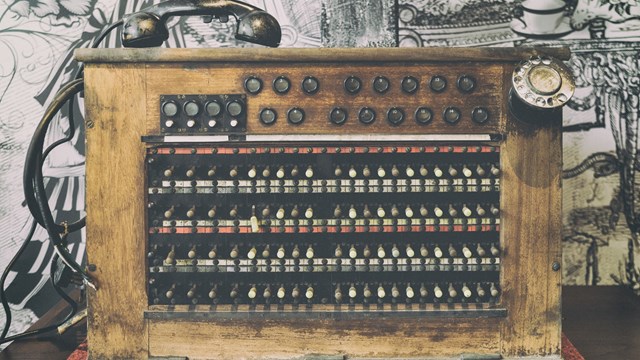 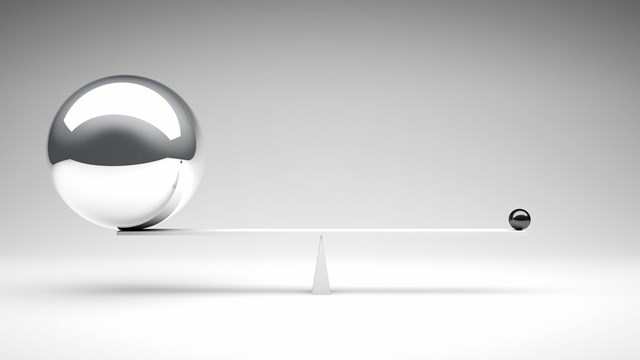