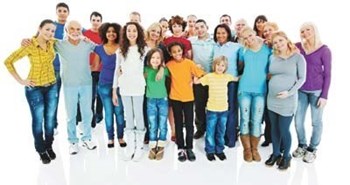 Aside from death and taxes, there is one other variable every person can count  on: change. For condominium managers and boards of trustees change comes in  various forms, be it a varying age gap or cultural divide. In the end, how  change is handled can determine how a community is perceived and defined.

“In many respects, we are like therapists,” says property manager Barbara Vieira, CMCA, AMS, of the Rhode Island-based  Bilodeau Property Management. “The fact is, though, we are managers and we have to address all age groups,  ethnicities and cultures equally and fairly because there are so many different  types of condo owners.”

According to 2010 U.S. Census statistics, 49.8 percent of infants under the age  of one are members of a race-ethnic minority. This marks a 42.4 percent spike  since 2000. It is now estimated that more than a quarter of these infants are  Hispanic, while Blacks and Asians comprise 13.6 and 4.2 percent, respectively.  The report also found that large minority gains occurred in New England states  such as Connecticut, Rhode Island and Massachusetts, marking a new wave of  future homebuyers.

With diverse demographics come disparate needs which require that boards change  with the times. In some cases, boards and property managers may cater to the  needs of a new minority population. For example, in a predominantly Latin-based  community, signage in Spanish may be added to common areas. However, a board is  first guided by general operation regulations from which they cannot deviate.

“It cannot be the goal to treat everyone equally. The goal has to first meet your  legal obligations and then if resources are available, then to treat everyone  fairly,” says David J. Levy, PCAM, with the Holliston, Massachusetts-based Sterling  Services. “Equally means that you could need to have the rules in 5, 10 or even 20  languages in a large community. To treat the residents fairly, the top two  languages would be considered more than the industry norm, and thus nearly  everyone thinks that they are being treated fairly.”

While Vieira says that most boards are “quick to act” when addressing new unit owner concerns, Attorney Frank Flynn of the  Boston-based law firm Downing & Flynn explains that new rules and regulations require understanding by all  related parties or confusion will arise.

“I have been working in this industry for 24 years. In the condominium area,  there are rules and regulations passed in what equates to a top-down management  style,” says Flynn. “The regulation is passed; property managers expect that unit owners will simply  follow the new rules. In Massachusetts, rules about common areas can be passed  by trustees by a majority vote, but what should happen first is a campaign of  education.”

Whether the case is making a common area non-smoking, an area that would exclude  outdoor grilling or a new pet ordinance, rules require notice and more  importantly, enforcement. Since many newer residents might be from a different  culture, speak a foreign language or be considered elderly and thus not always  able to attend meetings or review regulations, it would make sense that  additional assistance is provided to these individuals.

“On language diversity, at the townhouse properties it is assumed that all of the  residents are fluent in English, so there is no need to attempt multi-lingual  communications,” Levy says of the properties he manages. “Yet in some garden-style properties with high investor ratios, to reach the  non-English speaking tenants, most informal mailers, such as flyers, are done  in Portuguese, the primary language needed. For our largest garden-style  property, the rules are in English, Portuguese and Spanish.”

In recent years, managers and boards have seen an influx of different cultures,  explains Vieira. A property manager since 1988, she has seen changes in those  properties located in college communities such as neighboring Brown University.  “I have seen a growth in the Asian community, for example, but I haven’t experienced boards changing literature or making any changes to necessarily  accommodate this population,” she continues. “Mostly it is parents buying units for their children in college, and those  college students can present problems.”

Aside from typical college hijinks and all-night parties, a major problem  created is not a language or cultural barrier but rather an age barrier. “We have many elderly unit owners that are co-habiting with younger professionals  or college students,” says Vieira. “Many of these people are sick, on medication or lost a have loved one. They can  become confused or annoyed by change, and we deal with these types of issues  often.”

Property managers asked if all their properties were “problem free,” would likely roll their eyes and laugh, as it is impossible to mediate all  issues among neighbors. There are, however, ways in which a manager can have a  positive impact when change occurs, an approach that requires care and insight.

“What I am seeing more and more is condos that have all their documents on a  website that unit owners can access,” says Flynn. “This may include upcoming meetings and votes. If there are different cultures  and languages, there might be translation in other languages, but that is not  common as it requires translation services,” say Flynn. He adds that in New England, culture is a regional issue. For  example in Massachusetts, Lowell and Lawrence have a higher Hispanic  population, whereas Quincy has a larger Asian population.

Embracing and welcoming new community members can be enhanced in a number of  ways including hiring a manager that is bilingual and encouraging board meeting  attendance and visits to the association website. These steps might not be  enough, so in most cases it is best to take a family-friendly approach. “Having flyers and the rules in the top two languages goes a long way to making a  reasonable accommodation. We even allow Portuguese and Spanish spoken at rules  violation meetings, as well as board meetings, on a few properties, at no extra  cost to the property,” says Levy. “Beyond the language accommodation, we have an annual cookout, where we serve  traditional American food and traditional Brazilian food. The residents love  the extra effort.”

He adds that unit owners, when treated with respect, return it. For most people,  it comes down to common courtesy. “For my firm, I believe in treating people the way that I would want to be  treated. That is with respect and if needed, creative flexibility. Thus the  language accommodation has allowed our firm to create a niche-service within  our growing firm, with 100 percent client retention on those accounts, as our  competitors are not even trying to make even the basic accommodation. So while  our staffing costs are a bit higher, this growth and perfect client retention  in that niche does create, in the long-term, an appropriate financial return.”

As the housing market slowly rebounds, deals are ripe for cash-strapped  investors who are entering the condominium markets in regions across the nation  including New England. Whereas property managers and boards have dealt with  unit owners of varying backgrounds, investors are one subset that can be looked  down upon.

“Another area in Rhode Island where I have seen change is in the sales of old  units. Investors are buying them and either renting them or flipping them for  sale,” says Vieira. “This is an area where rules and regulations needed to be tightened,” she continues. “Rental procedures, for this reason, are being reviewed by many associations  right now.”

Flynn said that while he rarely fields questions about how a board should handle  changing demographics, he does receive queries about investor-owned units. “Due to FHA regulations, boards become concerned because if there are too many  investor-owned units it can impact the ability to obtain low-cost mortgages,” says Flynn.

Moving forward, New England condominium management companies can expect an  uptick in minority populations. Vieira sees this as an opportunity to  positively affect change. “While some boards do act quickly when it comes to changing rules and  regulations, people have to keep in mind that nothing happens overnight,” she continues. “It’s important to keep in mind that regardless of the background of any tenant, all  rules and regulations have to be enforced equally. Education goes along way and  this can be achieved with a detailed welcome packet that includes all necessary  information for new owners.”

From a legal perspective, there are on occasion issues related to tenants who  for any number of reasons do not get along and thus cause problems in the  community. “There can be cases where a unit owner feels they are being discriminated  against. The case could be that they feel they are in the minority if the  majority is a different race or ethnicity, for example. “Everyone has to be cognizant of different races, ethnicities and cultures and  treat everyone the same. If one group is treated differently than another, that  is where you will have problems,” says Flynn adding, “Any discrimination against race or ethnicity should be outdated thinking.”

W. B. King is a freelance writer and a frequent contributor to New England  Condominium and other publications.