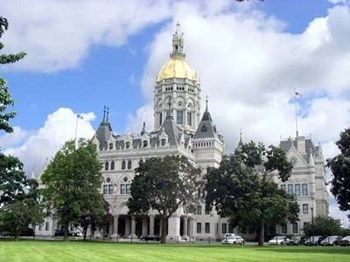 In today’s troubled housing market, it’s little wonder that condo associations are facing more foreclosures and tricky  mortgage entanglements than ever before. A roundup of pending condo legislation  for 2013 finds changes to notification and foreclosure laws as common themes  throughout the New England states. Some serve to strengthen the health of local  communities, but others could put association rights in jeopardy.

Rhode Island’s H5232 would alter the requirements for the publication of condo-related legal  advertisements. If no public daily newspaper exists in the municipality where  the affected condo unit is located, then the bill would seek to outline  alternate requirements for publication. “What it’s basically doing is saying the advertising requirement would be less onerous,” says Frank Lombardi, a principal at Goodman, Shapiro & Lombardi, LLC, a firm practicing condominium law with offices in Dedham,  Massachusetts and Lincoln, Rhode Island.

Under the proposed provisions, if there is no suitable city newspaper available,  publication would occur in a public newspaper published daily in the county in  where the condo is located – or, as a last resort, in a Providence-based local daily.

Also, notes Lombardi, who is the co-chair of the Community Associations  Institute’s Rhode Island Legislative Action Committee, the act would extend the right of  redemption to defaulting unit owners. Under the provisions of H5232, within  seven days of a foreclosure sale, the association would face the additional  requirement of sending written notice to a unit owner’s last known address.

“It’s been tried before, and we opposed it,” says Lombardi. “I want to bend over backward to make sure everybody gets notice, but we opposed  the initial bill because we didn’t want anything to go before the legislature that might give the banks a chance  to hinder the super lien.”

Legislative observers say the bill is likely to face revisions to the “last known address” provisions prior to a floor vote. “A good suggestion,” notes Lombardi, “would be to add a requirement [stating] that when any unit owner purchases a  property, he must tell the association where he wants his notices sent. And, if  he doesn’t do that, the association would be allowed to use the tax assessor’s address.”

Among currently-pending legislation, likely the most financially significant to  unit owners is “An Act Relative To Construction Defect Claims by Condominium Owners,” the state Legislature’s attempt to carve out specific condo provisions for the length of time  homeowners have to file lawsuits against fraudulent contractors. “Under Massachusetts law, the statute on when you can file claims against  developers is sort of a general statute–it’s not a condominium-specific statute,” says Matthew Gaines, an associate with the Braintree, Massachusetts law firm of  Marcus, Errico, Emmer, & Brooks, PC.

Under current law, homeowners have between three and six years, depending on  circumstances, to file claims against substandard developers. “A basic problem is that, depending on the condominium documents, the developer  maintains control of the association for quite a while. Sometimes it may be  until 75 percent of the condominiums are sold. Some documents may even say 100  percent,” notes Gaines, who chairs the Legislative Action Committee for the New England  chapter of CAI (CAI-NE).

“During that whole time, the developer is in control. He is the entire board of  trustees—a one-man trustee. And clearly, he’s not going to sue himself.” Under CAI’s proposed legislation, the actionable three-year period would not begin until  75 percent of a property’s units are sold.

The pending bill faces opposition from the Home Builders Association of  Massachusetts, which has proposed counter legislation. “Their bill—and I’m being a bit facetious here—basically says you have to give the developer a chance to sell everything and  move to Bermuda before you can sue them.”

Other CAI-backed legislation includes a bill to ease communication headaches  between condo associations and banks, many of which, as first mortgage holders,  may have voting rights with regard to condo bylaw amendments. “Back in the ’70s and ’80s, when most mortgages were held by local banks, it was much easier to get in  contact with someone who could make a decision,” says Gaines. “Obviously in this day and age, where mortgages are held by Bank of America or  Chase or Wells Fargo, good luck finding someone down there at that bank who can  consent to a condo amendment in Massachusetts.”

The pending bill would allow HOAs to move ahead without mortgage holder consent  following a reasonable waiting period. “If there is no response from the bank within sixty days, consent is deemed to be  given.”

Other proposed legislation includes the “home rule occupancy tax,” which would allow local municipalities to collect up to six percent tax on  short-term condo rentals, effectively treating them under the same guidelines  as inns and hotels. The so-called “condo tax,” as introduced by State Reps. Sarah Peake, D-Provincetown, and Cleon Turner,  D-Dennis, is being supported by Gov. Deval Patrick, who has introduced the tax  into his supplemental budget for 2014. (The current legislative session marks  the fourth time the condo tax has been introduced into the Massachusetts  legislative schedule. Patrick’s move, however, signals the first time the bill has garnered executive  support.)

In a move that could threaten the finances of many condo associations in the  state, the District Court Appellate Division has ruled that the lien for HOA  fees is limited in its priority over a first mortgage to one six-month period. “Up until now, it’s been the norm in the industry for associations to file multiple priority liens  at six month intervals, to the extent a unit owner’s delinquency continued,” says Gary Daddario, a partner in the Westford-based law firm of Perkins & Anctil. “The banks have never been OK with the notion of multiple priority liens, but, if  it was a choice between that and a protracted legal battle, then they would  just begrudgingly write the checks.”

The decision of the Appellate Division of the District Court has been appealed  to the Massachusetts Appeals Court, and CAI-New England has filed an amicus  brief with the appeals court, including input from a number of major  condominium law firms in the state. “This one District Court case created a chink in the armor,” says Daddario, “and now everyone is trying to jump on it. And the same thing happened in  Connecticut.”

Much like the pending Massachusetts case, a recent ruling from the New Haven  Superior Court could have costly consequences for many Connecticut condo  associations. Under the new ruling, a bank or other mortgage lender would have  no obligation to pay more than six months’ HOA fees in the event of a foreclosure—a finding that runs contrary to long-established practice in the state. Past  precedent held that lending organizations were liable for all condo fees  accrued during a bank foreclosure, despite the length of proceedings.

The new ruling could be particularly problematic for smaller associations, many  of which do not have the reserve funds to absorb unpaid HOA fees from a unit in  foreclosure. The association at the center of the issue is the Lake Ridge  Condominium Complex of Meriden, a 56-unit association that lost the Superior  Court ruling to Bank of America.

New Hampshire is among the states considering several pieces of condo-specific  legislation, the most significant of which seeks to create a statewide  condominium law review board. The new 11-member board would hold the authority to hear complaints and determine the need for changes to existing  condo legislation. Under the proposed legislation (HB 154-FN), New Hampshire  condo dwellers would be allowed to petition the board regarding potential  amendments to state condo law. If unit owner petitions are deemed to be valid,  the board would be tasked with crafting proposals for new condo legislation.

Other condo-specific bills include HB 108, a bill permitting associations to  access local dog registration records, and HB 158, which would seek to allow  the Department of Environmental Services to issue waivers for lot loading or  setback distances in condo conversion projects.

HB 463-FN, an act requiring property managers to be certified, would seek to  impose limitations on property managers throughout the state, requiring them to  obtain certification, although the exact requirement has not been spelled out.  While Daddario does not anticipate passage of the bill, he feels that many in  the management community favor confirmed standards. “We don’t think it is very clearly pinned down yet as to where the standards would come  from,” he says, “but I don’t think this issue is going to go away.”

HB 339-FN, an act relative to consumer credit, while not targeted specifically  to condo properties, could place onerous burdens on many HOAs. “This one’s really sort of a nightmare. It included, as the definitions were stated in the  proposed legislation, condominium assessments,” says Daddario. “Some of the provisions would have imposed a five-day period for putting  settlements with a debtor into writing. And aside from the fact that there  appears to be no reason for the [time] prohibition, it really doesn’t work for condos because most boards meet on a monthly basis.”

Barring a late entry into the legislative calendar, Pine Tree Staters can expect  no condo-related legislation in the current session. “So far nothing has really turned up,” says Wells-based attorney Joe Carleton, who heads the Maine Legislative Action  Committee for CAI. “Unless something [adverse] is filed in the legislature this year, we have no  plans for submitting legislation on our own.”

A bill pending in the Vermont General Assembly desires to give unit owners the  ability to demand arbitration in challenge to newly adopted association  rulings. Under the proposed legislation, any unit owner who is adversely  affected by “a provision of the declaration, bylaws, or rules” of an association, may, within 45 days of the adoption or implementation of  said rules, submit a written demand for arbitration to the condo board. The  bill (H.7) was first introduced by Rep. William J. Lippert, D-Chittenden, in a  similar form last year, but the measure failed to reach a floor vote. The 2013  bill was sent to the committee on Commerce and Economic Development in  February, and as of mid-May, remained there.

If experience is any measure, the fate of the various laws proposed this year is  likely to be a mixed bag. Condominium boards and owners will be watching  closely to see the effects of the governmental action on their properties and  pocketbooks in the months ahead.