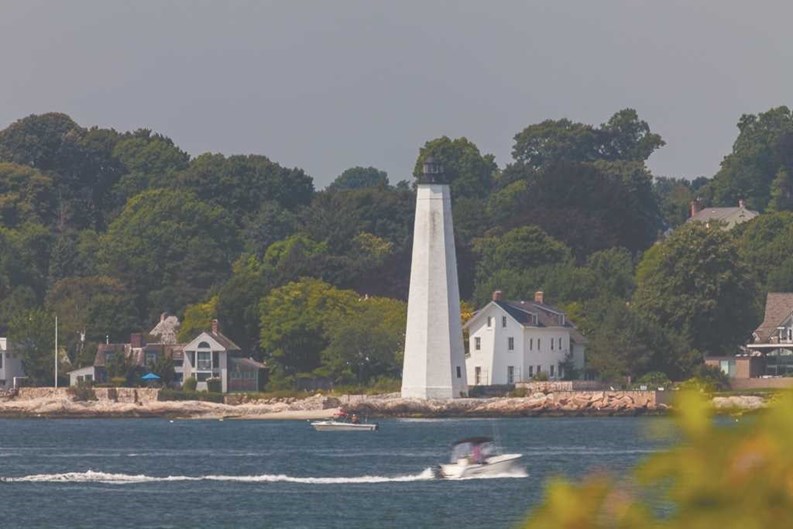 Known for its links to the sea and the home port of the U.S. Coast Guard  Academy, New London, Connecticut sits on the banks of the Thames River, and is  also home to two well-known colleges and some notable academicians, politicians  and patriots.

Everyone thinks of Nantucket or New Bedford as the whaling capitals of New  England. But few non-Nutmeggers know that for several decades beginning in the  early 19th century, New London was the world’s third busiest whaling port after New Bedford and Nantucket. The money that the  whaling industry brought into the city’s coffers furnished the capital to fund much of New London’s present architecture. New London subsequently became home to other shipping  and manufacturing industries but over the years had gradually lost its  commercial and industrial base. The city is home to Connecticut College,  Mitchell College, the United States Coast Guard Academy, and The Williams  School. New London Harbor is home port to the U.S. Coast Guard Cutter Chinook  and the Coast Guard's tall ship Eagle. Nearby Groton is home to the Electric  Boat Corporation, which builds submarines for the U.S. military, and the U.S.  Naval Submarine base.