Do not show again [X]
By Yvonnne Zipp   2010 August Insurance 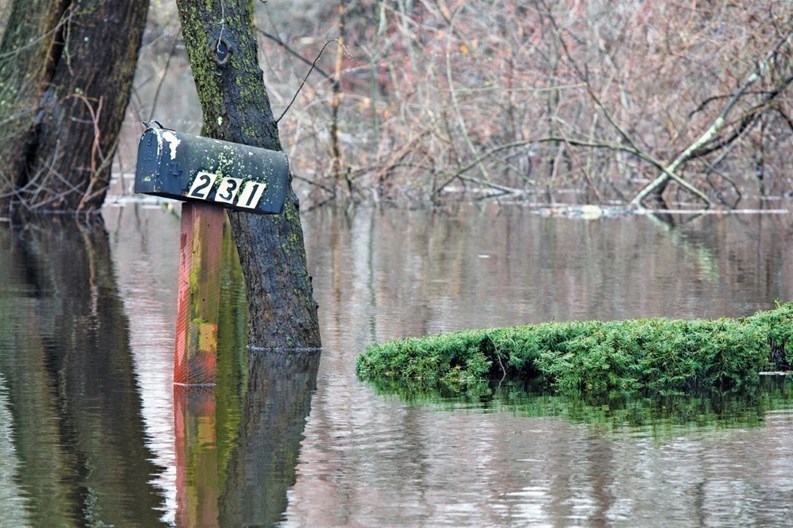 In April, Massachusetts officials estimated it would take $38 million to repair the damage to infrastructure caused by the deluge, and tens of thousands of residents across the region applied for disaster relief from the Federal Emergency Management Agency (FEMA).

In short, if ever anyone thought thatflood insurance was optional, this spring disabused them of that notion.

“I would say it’s a good idea for everyone to have them (the policies),” says Matt Brady, director of media relations for National Association of Mutual Insurance Companies, who is based in Washington, D.C. “As we just saw… a lot of people who didn’t think they were in flood plains, were. You can’t predict where and when floods are going to happen. This year is a great example: Rhode Island and New England are not areas that you think of when you think of flooding.”

At the time of the torrential rains, which lasted for a three-week period, only about 20 percent of homeowners in the Northeast had flood coverage, said Michael Barry of the Insurance Information Institute in Associated Press reports. That number may go up, as even homeowners not in officially designated flood zones contemplate buying the insurance.

The reason for the low take-up rate can be laid at the door of cost-cutting, experts say. Buying a house or a condominiumis a “big expense. A lot of people try to find a way to lower the costs as they can,” says Brady. “Flood insurance, unfortunately, tends to be one of the popular ways people cut corners.”

Complicating matters for those trying to pay for damage to their property, water damage from a storm does not necessarily qualify as a flood, insuranceexperts say.

“The National Flood Insurance Program (NFIP) defines a flood as two football fields of water,” says Herb Segal, CPCU, of the Richard Endlar Insurance Agency in Needham, Massachusetts. Two acres of land and two or more buildings need to be “inundated” to qualify.

If it’s determined that the water did not reach that threshold, as far as the NFIP is concerned, says Segal, “you just had groundwater.”

Also, he explains, after natural disasters like this spring’s record rainfall, condominium associations have to prove the water damage was, in fact, caused by a flood and not by previous flaws in the building construction.

“What we had (in Massachusetts) were heavy torrential rains,” says Segal. “Certain buildings, unfortunately, just have leaks. All of the insurance companies are going to want to see wind-storm damage. First, you have to show that you have flashing torn because of heavy winds, shingles ripped off because of heavy winds. If your building just leaks due to poor construction, poor maintenance, an unrepaired roof, or seepage, you will have very little opportunity to collect against the master policy. All master policies have wording that will exclude interior damage unless the exterior sustains a covered claim. Unfortunately, seepage and faulty construction are not covered claims.”

Flood insurance is underwritten by the federal government, but purchasedthrough write-your-own companies, which are private insurance carriers that get paid a fee from the NFIP to service the policies. Many large insurance companies, such as Hartford and Travelers, have a separate arm that specifically handles such insurance. But you are still insured with the NFIP under the same policy, same rates and same coverage.

For condominium owners, responsibility for making sure there is adequateflood coverage lies with both the association and individual unit owners.

“Generally, as I understand it, with the structures and buildings, the condoassociation will purchase coverage for that,” says Brady. Unit owners should “supplement with a contents policy, to cover the contents should they get damaged.”

“If you’ve got 20 buildings, you’ve got to buy one for every building. It can get expensive if you are in Flood Zone A,” says Segal. Most condominiums will be purchasing the residential condominium building association policy (RCBAP).

That policy has a co-insurance clause. If you are an association for a $5 million building, for example, you have to carry at least 80 percent of the value of replacement costs. (In many cases, banks are required to comply with federal registry guidelines that require 100 percent of the replacement cost be insured on your flood policy.) If you don’t carry the 80 percent, you might invoke the penalty even on small claims.

Thus, Segal explains, it is a bad idea for an association to gamble and say, “We’re not on open ocean here, we’re near a brook.”

In addition to the RCBAP policy, condominium unit owners should purchase a dwelling policy through the National Flood Insurance Programto cover their personal belongings, says Segal.

Owners of basement units will find it more difficult to obtain adequate coverage, says Segal, because, under the National Flood Insurance Program, the types of items that are covered in abasement are limited to a specific list.

In general, the premium an association will pay will depend on two things: What zone the building is located in and whether the lowest floor is above the Base Flood Elevation (BFE).

The BFE is how high above sea levelthe Federal Emergency Management Agency predicts the water will rise if there is a 100-year-flood, like Rhode Island saw this spring. However, Segal says, “National Flood uses 100-year flood events, but they do not have 100 years of records. Many people question the accuracy of what FEMA has established.”

But that measurement only applies to buildings built after the flood map was drawn.

“In New England, there are a lot of older buildings. They were there prior to the flood map – they have been there forever,” says Segal. These are considered pre-FIRM – constructed before Dec. 31, 1974, the effective date of an initial Flood Insurance Rate Map (FIRM) – and can still get flood insurance without elevation certificates,but may pay much higher rates.

“Generally, those properties are those in high-risk areas,” Brady says. “If you had a home when the (flood) program was created, the government wasn’t going to punish you.”

“The problem is, the pre-FIRM rates are high,” says Segal. In essence, the NFIP is saying, “‘We don’t know if your lowest floor is above or below BFE –we’re going to give you a rate without accurate information.’ Pre-FIRM rates are not cheap.”

To try and mitigate flood-insurance costs, an older building could still get an elevation certificate. If they find they have a positive rating elevation, they can use this to reduce their flood premium.

Just to make would-be policyholders more nervous, in the past six months, the National Flood Insurance Program has lapsed three times – once in December for a few hours, in February for a few days, and, most recently, in March, for two weeks. At that time, Kentucky Sen. Jim Bunning’s one-manfilibuster held up extending unemployment benefits, and renewing the flood program was part of that bill.

But if there is another lapse in program coverage, Brady says, there is no need for people who already have flood insurance to be concerned.

“Generally, for unit owners… it’s not a big deal,” he says. “You’ll still get your claims paid.”

People who are closing on a condominium during a lapse, however, mighthave a delay before they can purchase flood insurance.

In terms of the level of deductible that’s best for an individual unit owneror an association, there is no one right answer.

“As with anything, you have to consider your situation and consider what you can do,” says Brady. “The big lesson is that you shouldn’t believethat you are not at risk. That’s the big problem with flood insurance.... It’s one of those things, everyone thinks it won’t happen to them.”