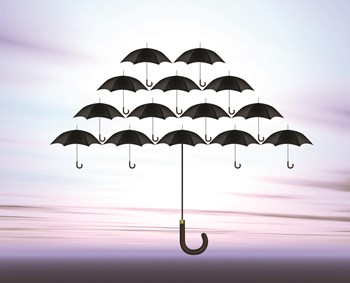 Insurance is cyclical; there are hard markets and soft markets, and insurance companies typically make money in two ways: underwriting profit, and investment income. When the market is soft, insurance companies are looking for market share, so they lower their premiums and relax their underwriting guidelines, which allows them to write more business. New carriers or programs enter the marketplace and charge lower premiums to gain market share, which reduces premiums further. Insurance companies can afford to charge lower premiums, as they typically are making a nice bang for their buck via investments.

In a hard market, it is the opposite. When the market is hard, insurance companies are not making money by investments, and losses start adding up. This makes them unprofitable at the premiums they are charging, so to become profitable, they raise premiums. They also tighten their guidelines to try and write only preferred risks, which limits the number of companies the “average” association can get a quote from. Sometimes they add exclusions to restrict coverage. To make matters worse, some carriers or programs simply stop writing insurance during this time, so there are fewer options for community associations.

We are currently in a full-blown hard market, one of the worst I have seen in my 25 years of being in the insurance industry. What is contributing to this?

In addition, the replacement cost of building materials like brick, wood, cement, etc. has increased. Insurance companies are looking closer at what the actual replacement cost of a building is, and are finding that many buildings are underinsured. Whereas this may have been OK in the past, as the thought process may have been that total destruction was unlikely – especially on multi-building complexes or fire-resistant buildings – now companies are requiring buildings to be insured to their full replacement value. They also have more accurate software these days that can better determine the actual replacement cost. So property limits are increasing.

Reinsurance is just one component contributing to the current hard market. In the liability arena, slip-and-fall verdicts continue to rise – and some carriers are not writing in certain jurisdictions anymore, because while a property itself may be an excellent risk, the jurisdiction it’s located in may be unappealing for less tangible reasons.

An underwriter from one of the insurance companies we use indicated that “Continued multimillion-dollar judgments driven by sympathetic juries and social inflation – defined generally as rising costs of insurance claims resulting from societal trends and views toward increased litigation – broader contract interpretations, plaintiff-friendly legal decisions, and larger jury awards are all playing a large role in carriers increasing premiums.”

In addition, in some markets labor laws are extremely unfriendly towards property owners, who are almost always held responsible for injury to a contractor or employee of the property. Unless all I’s are dotted and all T’s are crossed (and sometimes even when they are), the property owner is held responsible – and the judgments can be astronomical, easily reaching seven figures. The president of one of the insurance companies we deal with recently indicated that in just the past seven years, they have had more labor law claims that have exhausted the $1M policy limit than they had in the previous 40 years combined. Also, in response to grim social trends, active shooter claims have increased dramatically.

Market conditions are wreaking havoc in the commercial umbrella arena as well. Whereas rates used to be extremely low for high-limit umbrellas of $100M or $200M, the risk purchasing groups that write them have had difficulty renewing their programs at rates anywhere near expiring. In addition, some of the programs are losing layers, so what was $100M limit last year may be $50M this year, at a higher cost. One of the largest program managers has been offering renewal quotes on umbrellas that are about 400% higher!

According to Robert G. Mackoul, Chief Underwriting Officer of New Empire Group, a program manager specializing in commercial umbrellas for community associations, “Judgments...are getting larger and larger, and carriers are running scared. The ones who are still around are raising rates by leaps and bounds. Others are exiting the market entirely. The long and short of it is that the umbrella market rates are starting to rise, and may eventually get to the level of the standard market rates that have traditionally been for larger or tougher-to-place risks.”

Because premiums are increasing, more insureds are shopping – or ‘remarketing,’ in industry parlance – their insurance. Both standard and wholesale carriers are seeing increased submissions.  One underwriter I spoke with said the submissions she has received are up approximately 30% in the last few months, and she’s overwhelmed. This is allowing underwriters to be more selective in their risk selection.

In addition, because less standard markets are willing to provide a quote, insureds are getting quotes from excess and surplus lines carriers through wholesalers, which tend to have higher premiums. Sarah Dolce, one of our Senior Account Managers says she has noticed “significant increases from not only our direct markets, but from excess lines carriers through wholesalers as well.”  Vanessa Pupa, another of our Account Managers indicates that “Insureds on the low end are seeing five to seven percent increases, but many are seeing 10 to 15% on their renewals. If the property has unfavorable claims history, the insurance company is either canceling coverage or raising the premiums substantially, taking a take-it-or-leave-it stance.” This is causing many insureds to remarket their insurance – but there simply is no place to go. Courtney Ferretti, another of our Senior Account Managers concurs adding that “The carriers are tightening up their guidelines, which makes it harder to place business.”

I tell everyone I talk to, if you are budgeting flat for your insurance premiums in 2020, you are making a BIG mistake. Budget 10% at the very least. If the insurance premiums come in less than 10%, you’re ahead of the game. As mentioned above, risks with losses or issues, such as the building containing Federal Pacific Stablok panels, which are known to be defective, may see more than 10%.

Eventually, the market will soften again, but I would not plan on it happening in 2020.

Ed Mackoul is the Owner and President of Mackoul Risk Solutions in Island Park, New York.