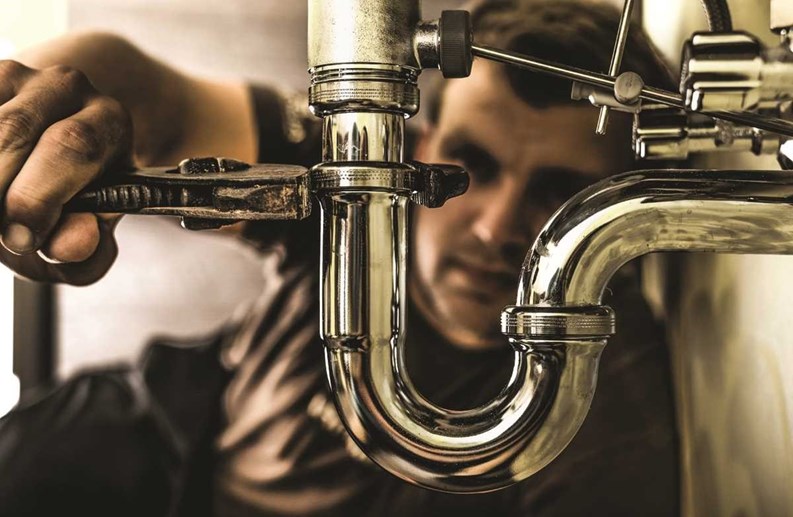 Though mostly unseen, a building’s plumbing and piping network is one of its most important systems—as anyone who has ever had to endure a freezing February shower, or who has come home to a flooded floor, can attest. Plumbing includes not only hot water delivery, but water and waste removal—and not all plumbing is hidden. Some pipes snake across ceilings, or down walls inside individual units, making the plumbing more visible than the HVAC or electrical wiring in most buildings.

Plumbing is something many of us take for granted, until a faucet leaks, a sewer pipe bursts, a hot water heater dies, or another type of disaster befalls us.

The word ‘plumber’ comes from the Latin root plumbum, meaning lead, which is why the chemical symbol for lead is PB. From its earliest days until the last century, plumbing systems were made almost exclusively of this soft metal, mainly due to its malleability. Lead, of course, can be poisonous—the use of lead pots and pans in ancient Rome contributed to its fall – and in the last half-century, plumbers have used other materials in its stead.

According to Linda Veiking of The Plumbing Museum in Watertown, Massachusetts, waste piping consisted of extra-heavy cast iron, joined together by lead, as recently as the 1970s. During that period, copper tubing was “Type M,” the thinnest available. Lead-based solder was eventually prohibited, once it was found to be leaking into the water supply, and Type M tubing was banned in favor of the wider Type L.

Certain changes in plumbing customs were dictated by economics. A boon in copper usage, for example directly stemmed from iron and steel becoming cost-prohibitive. By the late ’70s, plastic was incorporated into residential properties, although it remains illegal for use in commercial buildings.