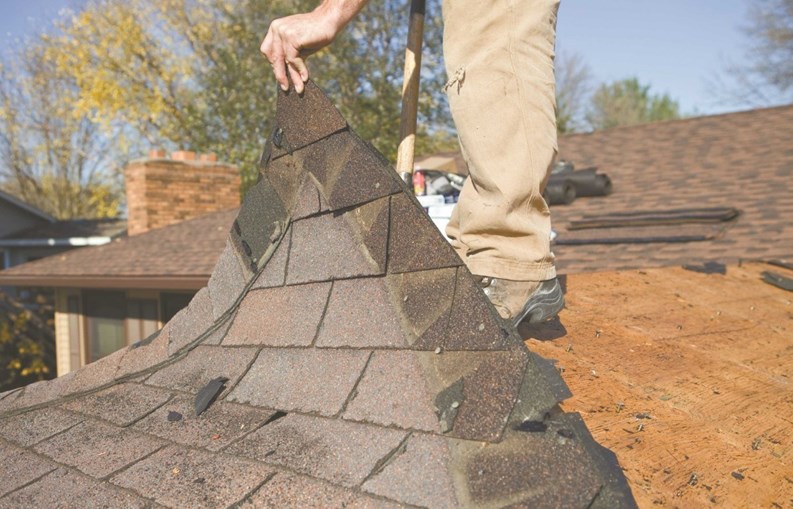 Condo owners don’t generally exude enthusiasm over their roofs. In fact, they don’t pay much attention to them until there is a problem. However, a roofing  problem can cause a major expense.

Roofs in New England condominiums break down to two categories: flat and  pitched. Pitched roofs are constructed with shingles and flat roofs have either  plastic or rubber material, referred to as a rubber membrane. There is also a  mansard roof which has a shingled pitch around the perimeter and a flat surface  in the interior

“The type of roof depends on the design of the building,” says Mike McDuffee, a project manager at Corolla Roofing, located in Winthrop,  Massachusetts. Corolla re-roofs 8 to 10 condo buildings each year and does a  lot of repair work, primarily in eastern Massachusetts as well as Worcester,  Cape Cod and .New Hampshire. Most of the buildings average 30 units, but range  up to 60 to 80 units in some cases. According to McDuffee, “a pitched roof with shingles is better for water runoff, but can be prone to  buildup of ice dams. But if done correctly, it doesn’t matter if a roof is flat or pitched. It’s not cost effective to change from one to the other.”

There have been a number of changes in roofing materials and practices in the  last 15 to 20 years, the span in which most New England condos were built. “The rubber membrane for rubber roofs are made of a better grade and hold up  longer,” according to Michael Pasquino, senior portfolio manager at Barkan Management  Company, with offices in Boston, Connecticut, Rhode Island and Washington, D.C.  “They have also made a better way of seaming the membrane,” says Pasquino, who manages six condos as well as several subsidized apartment  buildings. “They also have rivets and ice shields so that if water gets in the rubber, the  ice shield will absorb it. There are asphalt shingles for pitched roofs.”

In addition to better seaming, McDuffee points out there is also a plastic  rubber hybrid which is fire retardant. Rubber roofs, he notes, are the way to  go for flat roofs. “Nobody does tar and gravel anymore,” he notes. For pitched roofs, he says, there are now laminated architectural  shingles that are thicker, heavier, easier to install and have curb appeal, in  addition to new shingles that are resistant to green and black algae. Perhaps  the biggest change for pitched roofs is the introduction of ridge vents. “They ventilate air space, get out the hot air, they’re not expensive and they add life to the shingles because they’re not getting heat from the bottom,” McDuffee explains.