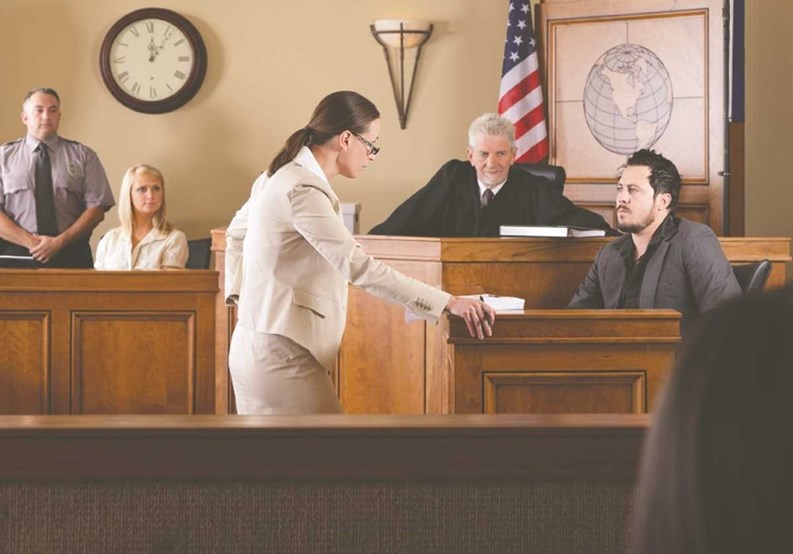 Imagine your own family, if you will—each person with his or her unique personality, attitude, experience and background. It’s inevitable that occasionally you might clash with sister Susie, brother Bob or even an uncle or an aunt. In an association or building, hundreds, if not thousands, of people live together, sharing common areas and trying to abide by the same rules and regulations. That’s hundreds of different backgrounds, experiences and personalities coming together and, like your own family, occasionally having disputes and disagreements.

When it comes to disputes between boards and owners or between two unit owners, Lisa Anderson, a partner in the law firm of Bender, Anderson and Barba in Hamden, Connecticut, says that every aspect of shared community living can be a source of disagreement.

“The most frequent disagreements I see are over maintenance and repair responsibilities and governance issues,” says Anderson, who is a trained mediator and facilitator. “There are often different opinions on how the community should be governed, and those erupt into board recalls and contested elections. It’s not unlike what we see at a national level with how much government there should be, the role, etc.”

Anderson says that boards and owners often have bitter disputes regarding the role of the management company. “The board’s job is to select and supervise the professionals it retains, but owners have a different perspective on this,” she says. “I’ll often hear, ‘I pay their fee, they should do what I ask,’ but the board is tasked with looking at the common good.”

For example, Anderson shares one true-life dispute in which a resident complained to her board about a tree outside her unit that she says ‘was going to kill her.’ Management looked into the situation and determined that the tree wasn’t in danger of falling, so they put out a bid for someone to take it down.

“But it was after the big storm we had, and many tree companies in Connecticut were overscheduled,” she explains. “So while the board waited for the bids she complained again through letters, emails and more. In her mind they were doing nothing about it.”

In scenarios like these, Anderson recommends community mediation, where community members are trained to serve as volunteer mediators. The members chosen reflect the diversity of the community and provide mediation and conflict resolution services.

“I work for the board and explain that the 25 hours of time they have already taken on this situation is a tremendous loss to them in terms of productivity,” she says. “Mediation works.”

Attorney Brian R. Jerome, director of Massachusetts Dispute Resolution Services in Boston, says that the most common issues that his arbitration firm is involved in are disputes between owners and condominium boards of trustees or associations having to do with alleged substandard financial management by the board or association.

“Unpaid monthly condominium fees, special assessments and disputes over expensive repairs and capital improvements are most common,” explains Jerome. “Often transitional issues also arise during the shift in ownership and control from the original developer to the unit owners.”

Henry A. Goodman, principal in Goodman, Shapiro & Lombardi, LLC, a law firm with offices in Dedham, Massachusetts and Providence, Rhode Island, says that condominiums can be looked at as a microcosm of society. “They are similar to tiny towns and have many of the same problems that occur in towns,” he says. “For example, there are personality conflicts, territorial fights and people who just cannot live with rules.”

In his experience, the most common owner-to-owner disputes include “neighbors who create too much noise, too much garbage, cause leaks and take actions that detract from the beauty of the common property.”

It’s Not Just the Economy

In today’s economy, money is a huge underlying factor in disputes. “Some unit owners cannot afford to live in the condominium,” says Goodman. “Therefore, they either stop paying the condominium fees or pay less than is due. The economy has seen a rise in common fees litigation. It’s possible that stress brings out people’s frustrations and anger, but I do not believe that the economy is to blame for disputes.”

Many of these disputes, if not resolved internally, can result in litigation in the courts, which is expensive, frustrating and time-consuming. “Often the adversary process of litigation further damages the relationship between the condo disputants,” says Jerome. “Nothing can be more unsettling than having to live in a condominium setting where an ongoing dispute is festering and prolonged by court involvement.”

Alternative dispute resolution, specifically mediation and, in appropriate cases, binding arbitration offers an economical and efficient alternative to resolving these condominium disputes through litigation in the courts.

“Often the process of mediation, where the disputants work collaboratively with an experienced, impartial mediator to solve their common problem and resolve the specific dispute that may be involved, can lay a foundation for good faith collaboration in the future should other disputes arise,” says Jerome.

He states that approximately 85 to 90 percent of condominium disputes brought to his firm for mediation reach settlement or resolution. “With budgets in this economy tighter than ever, parties cannot afford and no longer need to become entangled in prolonged litigation to resolve issues that arise in the condominium community they are all involved and invested in,” he says.

It’s important to remember, however, that mediation works as long as both parties are willing to make that happen. “It works when people are acting reasonably and wish to settle the dispute,” says Goodman. “Otherwise, if the disputants are stubborn, mediation will not work. However, condominium boards can institute a fining structure with teeth; can tow vehicles from private property; can charge back for damages and threaten that in the event of legal action, the association may be entitled to recoup its expensive legal fees in addition to obtaining injunctive relief against the improper actions of the targeted party.”

In a community where there are different personalities that often clash, settling disputes might just be as simple as getting to know your residents better. Author Harper Lee once wrote in To Kill a Mockingbird, “You never really understand a person until you consider things from his point of view, until you climb inside of his skin and walk around in it.”

Anderson firmly believes in that philosophy when trying to settle disputes between boards and residents or between two unit owners. “In the case of the resident with the tree, the board also needed to look deeper at the situation and find out why this resident was having such a problem with the tree,” she says. “When we did, we found out that a tree fell on the house when she was a child, so it’s easier to understand why she’s acting this way.”

In a tenant-vs.-tenant dispute, one tenant complained to the board about a young man who lived above her. She presented a log, going back nine months, of complaints that included accusations that he “keyed” her car.

“The board reached a quick judgment that she was crazy because nobody would live like that,” says Anderson. “But at the meeting the tenant she was accusing didn’t show. We found out that this woman was a psychiatric nurse and her job was to help people live in the community and she felt that she failed this young man because she knew he couldn’t live in this community. We tend to judge too easily.”

A decision about when the board should get involved lies in the condominium documents and the laws of the various states. “In general, it would be better if the board did not get involved,” says Goodman. “However, some documents require that associations enforce restrictions against nuisances, annoyances and similar matters. Furthermore, the laws of the various states and/or the federal government require that associations get involved when there are violations of laws such as those designed to prevent discrimination and harassment.”

But if you’re a resident and not involved in the dispute, how much are you allowed to know? “The Fair Debt Collection Practices Act, attorney general rules in some states and general privacy laws prevent the disclosure of individuals’ private financial matters, physical or mental health and other items that require privacy,” says Goodman. “Otherwise, to the extent that there is litigation or threats of litigation, that may be made known to the association so long as it does not disclose specific private issues.”