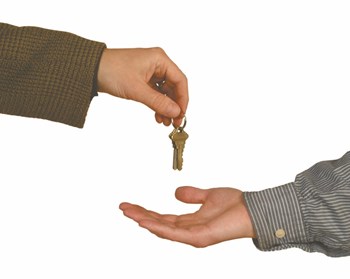 Most of the time, a condo association or co-op building and its management  company enjoy a mutually beneficial partnership—the management company and the individual agents try their best to serve their  clients, and their client communities work with said companies and agents to  insure that their associations run smoothly.

From time to time, however, the partnership, for one reason or another, breaks  down. Maybe the agents have become unresponsive. Maybe an inveterate agent has  retired, and her replacement is not up to snuff. Maybe the board has turned  over, and the new members don’t mesh with the management company’s agents. These reasons might be obvious, but what happens when you’re not sure when a change of companies is needed? If change is unavoidable, how  does a board proceed? What special concerns or challenges might they encounter  along the way?

The relationship between association and management company is usually a deep  one, and one that lasts for a long time. As in any long-term relationship,  there are bound to be bumps in the road. Furthermore, the longer a working  relationship lasts, the better the two parties understand one another—warts and all. Because switching management companies is not as simple as, say,  switching landscapers or painters, it is not advisable to make a change for  change’s sake, or because someone is having a bad day.

That said, there are any number of reasons a board might consider changing  management companies.

“Complacency is what we’re finding the most,” says Ian Gopin, president of G&G Management & Development in Needham, which specializes in implementing successful management  changes.

“Over time, both trustees and management companies can get into a rut,” he says. The management company may not visit the property as often as they  used to—or as often as they should. They may take longer to respond to calls, or be  slower to dispatch vendors to the building. Signs of the rut may include  dirtier common areas, higher lawns and paint in more obvious need of a fresh  coat.

“When that happens, it shows in the facility,” Gopin says. “You can tell. That’s the major motivator.”

“What I’ve encountered, the grand theme, is that the company is not responsive,” says Michael Phillips, chief operating officer of The Copley Group in Boston, a  full service real estate firm offering property management, project management  and leasing and maintenance services for apartments, condominiums, and  commercial properties. “They’re not doing what they’re expected to do. They’re not visiting the property. They’re not getting projects done.”

Complacency and lack of responsiveness imply a taking-for-grantedness, a lack of  respect.

One longtime property manager, who spoke on condition of anonymity so as not to  cast aspersions on any of his colleagues in the industry, says, “The number one reason for changing is a lack of follow-up. If you do not return  a phone call, it festers. It becomes a larger problem.”

Indeed, the dereliction of duty, small though it may be, is a symptom of  something bigger.

“People want to know you respect them,” the longtime property manager says. “Someone calls you, have the respect to call them back. It was gospel when it  came to condo management—every one of these people is your boss.”

Once the decision is made to switch companies, the search process begins, with  all its attendant challenges.

The first challenge is the question of when to inform the existing management  company of your decision. The legal framework for notification—typically 10 days’ notice with cause, 90 days’ notice without cause—is spelled out in the contract. While this must be abided by, of course, there  are political subtleties that a black-and-white document doesn’t cover.

“Some boards don’t want the existing company to know” they’re making the change, Phillips says. “They’re afraid the problems might get worse if the incumbent is a lame duck.”

The Byzantine approach only lasts so long, however. The Boston management  company community is relatively small. Word does get out.

“You must assume that if you’re going looking, they’re going to talk,” Gopin says.

As an example, he tells a story. One morning, a board contacted G&G about assuming management of a certain building. That afternoon, he found  himself playing a round of golf with the incumbent manager, who had no idea he  was about to be supplanted.

“It was a tough few holes,” Gopin says.

Then there is the matter of finding a new management company, one that will be  an improvement rather than the devil you don’t know. The best way to do this, Gopin says, is through referral.

“Find a building you like, one similar to yours, find out who the management  company is, and give them a call,” he says. “That’s the most effective way.”

Similarly, there is the word-of

“Ask friends who live in other condos who they use,” he says. “References are by definition someone giving you someone they like.”

In one case, Gopin knows of board members who staked out a building they liked,  polling residents on what they thought of the management company.  Labor-intensive? Sure, but it worked like a charm.

“I don’t know that I would do it,” Gopin says, “but it was very effective.”

Boards vary as to how many alternatives they interview.

“Some look at as many as ten, some three or four,” says Phillips.

Once the decision is made, a contract, typically for a year or two, is signed.  But most of the contracts have a 90-day “out.”

Once the new company is chosen, and the old one let go, then comes the process  of the former taking the reins. Like the rest of the change process, this step  comes with its challenges.

First, the outgoing management company must provide information to the new one.  If the outgoing company is thoroughly professional, this is done without  incident.

“If they are a professional organization, they share the information,” Phillips says. “They understand that these things happen.”

Of course, if the outgoing company were thoroughly professional, a change would  probably not have been made.

“The best way [to transition] is for the board to make sure the management  company is cooperative,” says Phillips. “Sometimes there’s bad blood, and they won’t even talk to you. That makes it more difficult.”

Bad blood might impel a lame duck management company to be less than willing  with the hand-over. So too might incompetence.

In one case Gopin recalls, he got all of the information he needed from the  board. “The management was so lackadaisical, they didn’t tell us anything.”

Eventually, the basic information is received, and the process continues. Years ago, back when Gopin’s father, Norman Gopin—the other “G” of G&G—came up in the business, management companies could have one huge bank account,  with the moneys of their numerous clients all commingled. Those days are gone.  Now, every building has its own bank account, making closing an old one or  opening a new one much less thorny.

As for notifying vendors of the management change, some companies send out  announcements. Others take it as it comes, using the transition as an  opportunity to root out under-performing contractors.

“One of the first things we want to know is what they have in the way of existing  contracts,” says Phillips of an incoming new manager. “We want to know which vendors the board likes, and which they don’t like.”

While management companies tend to have vendors they favor, they are not  beholden to them at all costs.

“We’re going to continue to work with existing vendors,” Phillips says, unless a change is necessary. The changeovers can happen very  quickly.

“One of the questions I’m most often asked is, how much time do you need as the incoming company to take  over?” says Phillips. “I tell them that we’d like 30 days, but we’ve gone in and taken over in three or four days. We do what we have to do.”

Gopin stresses that the process, while hardly seamless, need not take forever.  If all of the right steps are taken with the outgoing manager, and the new  management company is equipped to take on your association, the process could  actually turn out to be a big improvement on the way your condo or HOA’s business is run.

Greg Olear is a freelance writer and a frequent contributor to New England  Condominium.