Do not show again [X]
By April Austin   2011 August Insurance 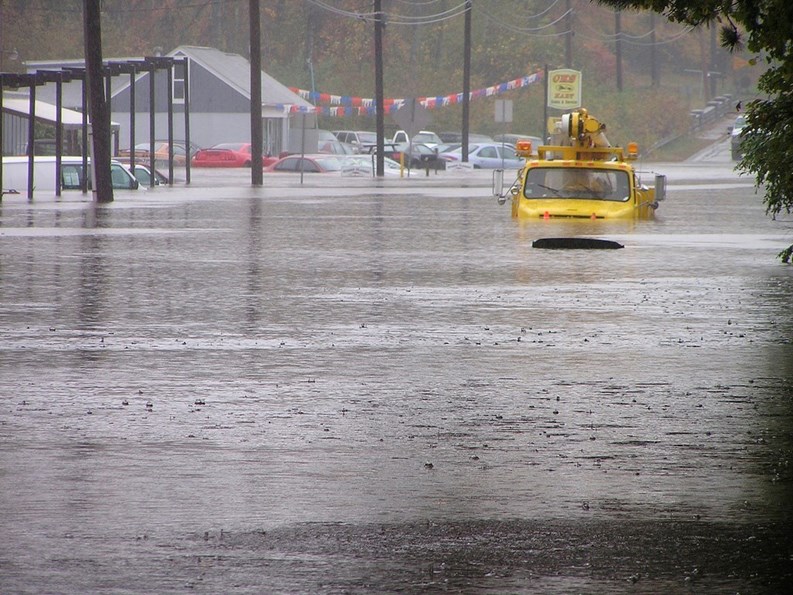 New Englanders got a taste recently of Mother Nature’s wrath when a series of tornadoes touched down in Springfield, Massachusetts  and surrounding areas, leaving devastation and death in their wake.

While devastating tornadoes don’t occur as frequently in the Northeast as they do in the Midwest or in the deep  South that was hit so hard in April, the potential for severe weather or a  hurricane the size of Katrina still exists and should be addressed. And while  scientists don’t entirely agree about the impact of global warming on weather patterns, many  concur that climate change affects weather by intensifying storm systems.

The past winter saw extreme snowstorms throughout the Northeast corridor.  Seventy buildings in Massachusetts alone—mostly flat-roofed commercial structures—had either partial or complete roof collapses or were evacuated as a precaution  because of heavy snow accumulation, the Boston Globe reported. The situation was intense enough for Gov. Deval Patrick to seek  federal assistance.

In early February, residents at Cromwell Gardens, an 80-unit condominium complex  in Cromwell, Connecticut, were evacuated in the early morning hours because of  concerns about the structural integrity of the snow-covered flat roof. About  400 people stayed in an emergency shelter for several days while safety  officials and a structural engineer checked the snow load, according to a news  story on WTNH.com.

“Catastrophes happen everywhere. We’re seeing an escalation in the damages because of the huge increases in  development. The experts say catastrophic losses double every 10 years,” says Loretta Worters, vice president of communications for the Insurance  Information Institute (I.I.I.), an insurance industry trade group.

Condominium associations and individual unit owners can protect themselves  before severe weather threatens by knowing what their policy covers, making  sure their coverage is adequate, and keeping up with maintenance on buildings  and grounds to mitigate storm damage.

The first step involves a review of the coverage as it exists. This is true for  condo boards as well as unit owners. While the policy options and exclusions  can be overwhelming in number, a good management company or insurance broker  should be able to explain the coverage. The basic concept to remember is that  you are insuring for the cost of replacing the building or its contents in  today’s dollars, whether the property has appreciated or depreciated in market value.

Unit owners’ condo fees pay to insure common areas and shared infrastructure such as roofs,  siding, walkways, boilers, and interior hallways. But what owners may not  realize is that the association’s insurance does not cover the cost of kitchen cabinets, built-in appliances,  plumbing, wiring, bathroom fixtures, as well as personal possessions in their  own unit if disaster were to strike. Some associations are also not covering  exterior windows. Owners should have a clear idea of “unit boundaries”: where the common area coverage ends and the homeowners’ areas begin. Most associations and insurers recommend the purchase of a  homeowner’s policy specific to condominiums, known as an HO-6.

“A homeowner’s policy should dovetail with the condo policy,” says Bernie Gitlin, president and CEO of Global Insurance Network in Needham,  Massachusetts.

Most standard homeowners’ policies, including HO-6s, cover perils such as wind and water damage that  comes into a house through damaged roofs, windows, or walls. Those policies  also cover damage resulting from situations such as collapsed roofs, frozen  pipes, and fallen tree limbs. The coverage usually provides for additional  living expenses and furniture storage should the resident need to relocate  while repairs are made.

During the Atlantic hurricane season, which lasts from June to November, every  coastal state from Florida to Maine could potentially be hit by a storm.  Increasing development along coastal areas has put more homes at risk of severe  windstorm damage, Worters says. To limit their exposure to catastrophic losses  from natural disasters, many insurers in these states are selling homeowners  policies with percentage deductibles for storm damage, instead of traditional  dollar deductibles, which are used for other types of losses such as fire  damage and theft, Worters explains.

Coverage for flood damage resulting from surface water, including storm surge  caused by hurricanes, is excluded under standard homeowner and condo insurance.  To cover damage from water that seeps into the house from an overflowing body  of water (ocean, lake, river) or from melting snow that inundates the water  table, homeowners must purchase flood insurance from the federal government’s National Flood Insurance Program. In the Northeast, condo associations are  required to have flood insurance for the property, but this again does not  cover interior damage to individual units. Most mortgage lenders automatically  require flood insurance if you live in a flood plain, but renters and those  without mortgages are not obligated to buy it.

Even taking into account the heavy spring flooding in 2010, the New England  states are less susceptible to regular flooding than other parts of the  country. This doesn’t get anyone off the hook for flood insurance, however. The Federal Emergency  Management Agency publishes flood plain maps, and the issue is not whether you  live in a flood plain, but where your property fits into FEMA’s designation of low, moderate, or high risk. These levels of risk determine how  much you pay for flood insurance. (For more information, visit:  http://www.fema.gov /business/nfip/)

What is a ‘Catastrophe’?

It’s helpful to understand insurance terminology, especially as it relates to  weather. Although some people use the term “act of God” to describe tornadoes and other events not caused by humans, the accurate  industry term is “catastrophe.” An event such as a hurricane, tornado, or earthquake is deemed a catastrophe  when claims are expected to reach a certain dollar threshold, currently set at  $25 million, and when a certain number of insurers and policyholders are  affected, according to the Insurance Information Institute.

The industry trade group published on its website the Top 3 causes of “catastrophes” in the U.S. They are: 1) Hurricanes; 2) Tornadoes; and 3) Winter storms.

The last on the list, winter storms, are of most concern to New England property  owners. Such storms accounted for about $25 billion in insured losses  nationwide from 1990 to 2009, according to the I.I.I.

“One bad winter or spring won’t affect rates but several years of intense storms will most likely affect rates  in a particular region of the country,” explains Worters. “The rates are aggregated over a period of about five to seven years. It’s also important to note that insurance companies can’t just raise rates arbitrarily,” she says. “They must petition state insurance departments for increases.

“Rates are not just based on disasters. They are affected by the frequency and  severity of claims,” says Worters.

“Is catastrophe modeling an art or a science?” wonders Gitlin of Global Insurance Network. “The industry has used models that show what their exposure is along the Atlantic  coast. They develop projections of what it would cost if we did have a  hurricane in these heavily populated areas. There’s not really a pattern [of severe hurricanes] here in the Northeast, but the  population is denser and the [property] values are higher. That’s why people on Cape Cod are charged more than those inland. People pay a  premium to live on the water.”

It goes without saying that condo associations and unit owners should make sure  their insurance company has the money to cover its obligations. “This is a low-entry business; anybody can hang out a shingle,” says Lou Gargiulo, president and CEO of Great North Property Management based  in Exeter, New Hampshire.

Gargiulo urges associations to check that the insurance policy is in their name  and covers the particulars of the specific complex (such as a swimming pool).  Some management companies may try to save money by providing blanket coverage  for all the properties they manage under their own name.

“When real estate prices go down, some associations and homeowners may think they  can reduce the amount of insurance on the property,” says Worters. “But insurance is designed to cover the cost of rebuilding, not the sales price  of the property. Associations and condo owners should make sure they have  enough coverage to completely rebuild the property and replace their  belongings.”

Condo associations can reduce damage from storms by performing regular building  maintenance checks. This can be difficult in tough economic times, as more  associations are facing maintenance backlogs and condo fees that don’t keep pace with costs. Unfortunately, pushing off maintenance is like playing  Russian roulette. If you experience substantial storm damage, the insurance  company may make the case that you did not adequately maintain the property. By  making frequent or costly claims, you risk higher insurance rates down the  road.

Gargiulo says his company’s in-house maintenance crews and contractors prevented snow loads and winter  damage by keeping roofs in good order, checking siding and windows, trimming  trees away from buildings or removing dead ones, and checking the integrity of  fences.

Gargiulo has special advice for condo associations in this region. He mentions “snowbirds,” those individuals who fly to Florida or other warm regions to avoid New England  winters altogether. Because they’re often gone for months on end, he says, management needs to remind them to  notify maintenance in advance to shut off their water, to designate someone  with a key in emergencies, and to secure their unit.

Worters adds that condo owners who leave their homes unattended for 30 days or  more may also see higher insurance rates because their absence increases the  chance of water damage, theft and fire. Some condo policies won’t cover damage caused by vandalism after a home has been vacant for 30 days.  Damage caused by frozen pipes may also be excluded if the home was vacant when  the pipes burst. The bottom line: Owners should check with their condo  association and insurance agent to find out what exclusions may apply.

New England’s changing seasons add charm and excitement to the region—but each also brings its own risks to property. Associations and unit owners  alike need to be sure they have adequate coverage for whatever Mother Nature  dishes up throughout the year to avoid being buried under a blizzard of  uncovered expenses.

April Austin is a freelance writer and a frequent contributor to New England  Condominium.