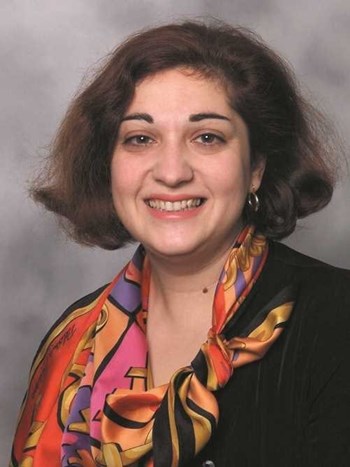 Once upon a time there was a king who was faced with deciding the fate of one of his peasants. The king called the peasant to his court, and said to the kneeling, shackled peasant, "Your life is in my hands. I can pardon you and grant you life if you answer a question correctly."

"Please, Your Majesty," said the peasant humbly, with hope warming his heart that he might have at least a remote chance of giving a correct answer.

"I am holding a bird in my hand," continued the king. "If you guess correctly whether this bird is alive or dead, you can have your life."

I was five years old when my grandmother was told me this parable, and the moment is strongly imprinted in my memory. When my grandmother got to this point in the story, she asked me to guess what the right answer was, and I recall hesitating. Then, assuming that a living bird would visibly wiggle, I ventured that the bird was dead. My grandmother responded that if that were the correct answer, then the king would release the bird. I switched answers, claiming that the bird was alive, to which my grandmother told me that should the peasant have ventured that response, then the king would squeeze his fist, choking the bird. In short, the morale of the story was that there was no correct answer. The peasant was doomed no matter what he said.

I believe that with this parable was one of the greatest nuggets of wisdom I received from my grandmother. I often return to it, and I have used it many times, citing it to friends and colleagues. I wish, though, that I had fewer opportunities to turn to this story. But every time I refer to this story, I return to it because I am dealing with people in various organizations who, wittingly or unwittingly, fit the profile of the king.

They fit the profile of the king because they have the unfortunate and unproductive habit of putting people with whom they interact into the unfathomable position of never being able to come up with the correct answer. I am not a psychiatrist or psychoanalyst, but I would venture a guess that these people have a pathological need to be right at all times. They may give one set of instructions, and then, seeing that facts point in another direction, they may turn around, and, instead of acknowledging that there are new learnings, they will fault people around them, pointing fingers and assert- ing that they had asked for something else altogether or stated some-thing entirely different.

These people are like moving targets. They blow intermittently hot and cold, they change direction constantly, they don't credit others, except when finding faults in them, and, again, they have the overwhelming need to be right at all times. Often, they have domineering personalities that overwhelm people around them. Fundamentally, they are insecure people who are singularly dedicated to making those around them feel as miserable as they themselves are feeling. But the fact is that they will not admit this to themselves, because they are also masters of self-deception. Does this profile ring true? Have you ever met anyone like this?

When it comes to community associations, this personality profile sometimes describes people who take over the boards of trustees and bend everyone to their will. Many unit owners will resent this, many will dislike this, but few will speak up for the unstated fear of becoming the bully's—yes, they are true bullies—next target.

So what can you do if you are caught in a bully nightmare and have to actually deal with the bully by virtue of having to work with him or her? One thing is for sure—the bullying person will not change his or her ways. The only change that can occur is in how you are dealing with that person, and responding to his or her behavior. Here are some helpful tips on dealing with adult bullies that never outgrew their grade-school ways:

· Be Confident and Stand Your Ground. Remember, deep down a bully is insecure, and he or she will likely back off, at least somewhat, in face of opposition. · Build Alliances. If the bully is your boss, don't expect any direct commendation or validation from him or her. But if you build bridges outside your direct circle, and create an environment of external support, the bully will likely take notice. But there is always the possibility that the bully will feel even more threatened and increase his or her bullying behavior as a response. · Keep Your Friends Close, and Your Enemies Closer. Getting to know the bully as a human being might be a very good idea. In the process, the bully will get to know you as a human being as well. Ordinarily, when people hurt others, they minimize the "humanity" of the next person, thus unconsciously shielding themselves from a feeling of guilt. It is harder to hurt someone with whom you connect on a more human level. But then again, some divorces, Ã la War of the Roses, become brutal affairs in which people who know each other intimately try to mutually hurt or even exterminate each other, but that type of bullying belongs in a different category of relationships. · Maintain Meticulous Documentation. While it's better, less time-consuming, and more desirable to operate in a world built on trust, bullies make that possibility impossible. To streamline operations for yourself, make a habit of taking meticulous notes of instructions received from the bullying boss or trustee and then forward your feedback in writing, seeking confirmation that what you captured is consistent with the bully's thoughts and instructions, and reflects what was agreed upon. · Weigh Your Options and Get Out If Necessary. This may sound drastic, but most people underestimate the opportunities and options that are available to them. Life is too short to suffer unnecessarily and put up with undue stress. Learn from the experience, assess your options, and start looking for other situations, whether it involves finding a new job or a new volunteer engagement.

The most important lesson, though, is to avoid becoming one of the bullies. We model behavior often in ways unbeknownst to ourselves. Bullying is not leadership, and should not be mistaken as such. So, no matter what you do, avoid falling in the bully pattern, thus giving a greater chance for peace and harmony to prevail in our community associations and workplaces.