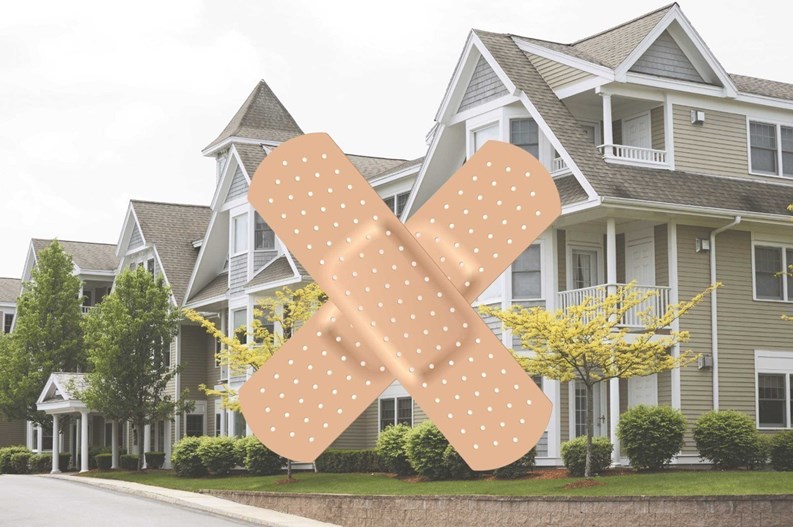 While new condominium construction is often viewed as premium real estate, the old adage “all that glitters isn’t gold,” holds true in many cases. Some condominium owners, sadly, have found that builders may have cut corners on workmanship and materials, leading to failing structures—sometimes within a few short years after all the residents moved in.

In New England, similar issues arise, explains Attorney Henry Goodman, a partner with Goodman, Shapiro & Lombardi, with offices in Dedham, Massachusetts and Providence, Rhode Island. “I am aware of a few builders who are conscientious and build quality projects. Most, including many nationally-known builders, construct a fine façade but they may as well have built their projects out of paper mache,” says Goodman. “Their interest is in marketing, building and getting out with as much profit as possible. Other than trying to avoid claims of defective construction or breach of warranty, they do not appear to be interested in quality.”

John Reddy, president of Continental Building Consultants, located in Hampton, New Hampshire, notes, “There will always be an element [developers], whether criminally or negligently, that are looking to cut corners and make a quick buck.” As a result, prospective buyers must beware of the tell-tale signs of poor workmanship. However, it is not always noticeable by an untrained eye.

“Whether or not a builder is using cheap or expensive materials isn’t as important as the workmanship,” says Reddy. “The construction industry has improved greatly over the years in terms of best practices and materials, but that doesn’t mean everyone is following these best practices.”

As was the case with the aforementioned California ruling, the issues related to construction defects weren’t immediately realized, a situation that put unit owners at a disadvantage. This gives rise to the question, how can you prevent buying a unit that is a lemon? The first place to start is by understanding and identifying traditional problem areas in buildings, which vary by region.

Oftentimes it is a combination of both the materials used and the workmanship, explains licensed engineer Ralph Noblin of Noblin & Associates. “I don’t think that the guys building these houses are doing bad work intentionally, I think either they don’t know or don’t care to know, which boggles my mind,” says Noblin. He adds that exterior issues often deal with roof shingles, flashing and windows, which lead to water damage and mold. “Back in the 1980s builders began using cheaper materials such as cheaper shingles that would have a life span of only ten years, vinyl siding that maybe lasted seven years and poorly constructed windows that were not properly installed and lasted ten or twelve years.”

Condominium owners, like all homeowners, should expect wear and tear in the building they live in; however, a new building should not have serious issues for many years, and not all buildings are rife with defects. When due diligence is applied, many future issues can be avoided—but not always.

The unfortunate Station concert club fire in West Warwick, Rhode Island that killed 100 people in 2003 has led to more stringent inspections that have positively impacted the regional construction industry.

“This tragedy underscored a whole host of deficiencies that existed in that club and it put building inspectors on notice and made them pay much closer attention to construction practices,” says Noblin.

As a result of newer stringent regulations, developers and contractors are held to a higher standard. Industry experts agree that while potentially costly, buyers should hire a qualified professional to perform a thorough property inspection.

“Buyers are rarely qualified to perform the required scope of pre-purchase inspections. And, potential buyers should expand the typical unit-only inspection criteria requested of their professional inspector to include both the specific unit in which the buyer is interested and the common areas,” says Attorney Joseph Saurino of the Braintree, Massachusetts-based Marcus, Errico, Emmer & Brooks. “Inspecting only the subject unit is insufficient to protect a potential buyer because once the potential buyer purchases the unit and becomes an owner; he or she will probably have to pay for common area construction deficiencies via higher common fees or special assessments, or both.”

Saurino says a buyer should first look to any warranties issued by the developer. “The terms of these warranties are typically very stringent regarding the duration of the warranty period, notification requirements,” he continues. “So, the buyer should take care to comply with these provisions precisely in notifying the warranty issuer of any problems. Recourse options typically start with warranties as noted, if that doesn’t help, then a dissatisfied buyer should hire an experienced attorney to evaluate the panoply of legal options that may be available.”

Additional resources for consumers are city and/or state agencies that have regulations in place to guide buyers, though they shouldn’t be considered a fail-safe measure. “Usually the municipal building department, the health department, the conservation commission and the engineering department have standards,” says Goodman. “The municipal agency that handles the initial approval of the project is—depending on the town—the planning board or the zoning board of appeal or the city council. All of this changes if the project is a 40B project when the state gets involved.”

Planning boards and zoning boards, however well-intended, have been known to get it wrong. In many cases, what they approve is not easily enforceable once construction commences. So who is responsible when defects are uncovered?

“The good news is that construction practices are better now than they were back in the late 1980s and early 1990s,” says Reddy. “Ultimately, the developer should be responsible for any problems. What we have seen in the past is that they set themselves up with protections through various corporations and if something goes wrong they go bankrupt or disappear and when that happens, it ends up being the owner’s problem.”

From a legal standpoint, it can get confusing, but there is a system in place, explains Goodman. “A developer can be sued as the fault rests with the developer who sets the entire project in motion and who is supposed to see to it that the project has been properly built. It can also rest with the developer who insists on interfering with the construction and the plans and who wants to cut corners,” he continues. “However, the contractors certainly bear much of the blame as they are directly in charge of construction and also try to cut corners. In terms of liability, the developer is liable to the association and the contractors are liable to the developer.”

While some defects are immediately apparent, such as water damage or poorly installed windows which cause drafts, other more significant problems could be on a slow boil—which is tricky, as the clock is ticking with regard to the statute of limitations.

In Massachusetts, for example, Saurino explains that the construction-related limitations periods are set out in the “Statute of Repose, M.G.L. c. 260, sec. 2B.” The basic limitation criteria for filing a legal action for construction defects under the statute are: three years “after the cause of action accrues” (i.e., three years after a person either knew or reasonably should have known of the defect) and (b) in any event, no later than six years after the opening of the improvement for use or substantial completion of the improvement and taking occupancy by the owner.

“These three and six years limitation periods are complicated concepts that have been the subject of much debate and much litigation. Statute of limitation analysis is so fact-specific that it is difficult to point to one specific ‘date’ that triggers the limitation/repose period without extensive discussion of the different circumstances and potential defendants in each case,” says Saurino. “However, the most conservative date for a Massachusetts association to file suit in light of the six year statutory repose period should probably be calculated beginning with the date of the first certificate of occupancy—even partial or temporary for a building.”

Timing is critical, notes Goodman. When a defect is noticed, the buyer or owner should not waste time but do his or her due diligence to ensure the power of the law can be applied. “A lawyer should be contacted to send out an immediate demand consonant with the limited warranty to save rights,” says Goodman. “Keep in mind: it may be incumbent on an individual to start a derivative action against a developer-controlled board before his rights are lost due to the running out of a warranty or the statute of limitations.”

W.B. King is a freelance writer and a frequent contributor to New England Condominium. 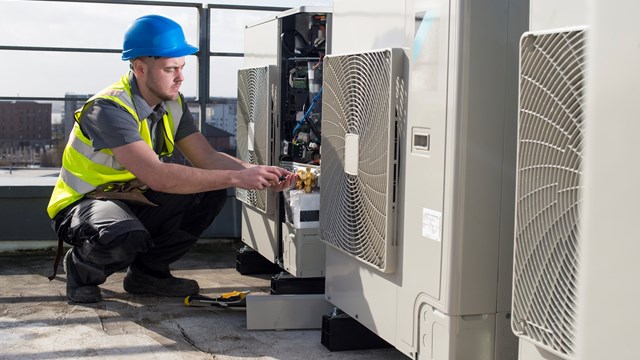