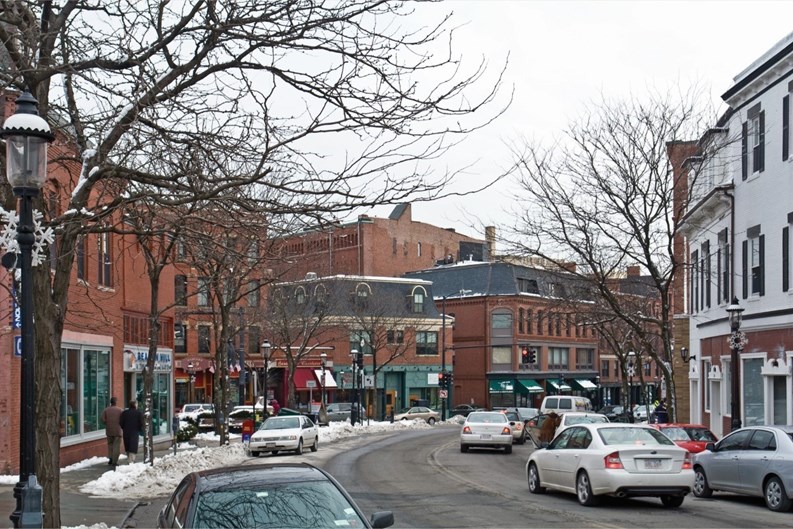 Nestled within the fold of Boston but fiercely claiming its independence for over 300 years lies Brookline, Massachusetts. This small portion of Norfolk County is as steeped in history as its populous (and popular) metropolitan neighbor, but has managed to maintain its own identity and carve out a unique place for itself in mélange that is the northeast.

These days, Brookline is enticing savvy residents with its history, its green spaces, its prime location, and the special distinction that comes with boasting a Brookline address on your driver's license.

Sanctuary for the Rich and Famous

Brookline got its name from the two small rivers that mark the northern and southern borders of the town when it was incorporated in 1705. In the 1870s, the city of Brighton merged with Bostonand the Boston-Brookline border was redrawn to connect the Back Bay with Allston-Brighton. This effectively cut off Brookline from the shore, while another isolating move for the area took place twenty years later when the Brookline-Boston annexation debate in 1873 was decided in Brookline's favor, granting it independence from the city of Boston, though it remained smack dab in the middle of it.

Brookline still has one of the highest property tax burdens in the country and was called "the richest town in America" back in the 19th century. The elite of Boston built summer homes in Brook-line—America's oldest country club (appropriately named "The Country Club") is here. When you look at the geography, it's easy to see that Brooklinewas specifically engineered to be a sanctuary for the wealthy at the time.

John F. Kennedy was born in Brookline in 1917, and other notable residents have included Conan O'Brien, novelist Saul Bellow, and members of theWeld family. From the start, Brookline has had a fairly polished reputation.