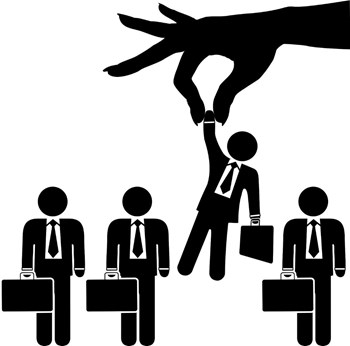 Every property manager and association board has to deal with employees. Whether the staff is a handful of part-time workers or a more extensive  workforce, employee management is essential to a happy, productive building.

Let’s take a look at how savvy professionals go about hiring, motivating, training,  and, if necessary, firing their employees.

One of the biggest challenges of employee management at a condominium is  geography. Generally speaking, the employees work on site every day, but the property  manager does not. Complicating matters, members of the board—which collectively has hired said property manager—are also on site. This is an unusual set-up. Imagine if owner Robert Kraft were patrolling the sidelines during every Patriot  game, while Bill Belichick managed the game from across town, and you get some  idea of how unusual it is.

“The hierarchy is like this: the board makes all decisions based on input due to  the expertise of the agents, such as property managers,” explains Henry Goodman, a partner at the law firm of Goodman, Shapiro & Lombardi, LLC in Dedham, Massachusetts. “Once the decision is made, and the party is contracted, the board should step  away and let the agent oversee the work.”

It would be natural for Kraft—who is ultimately in charge—to give the occasional order to quarterback Tom Brady, since they are both at  the stadium, rather than call in his order to the coach. Unfortunately, this winds up disrupting the chain of command.

“There are some board members who like to micromanage and interfere with the work  being performed by their agents,” says Goodman. “This is really inappropriate.”

“The hardest thing is if the employees are on site full time. They get  instructions from the trustees, from the residents—there’s confusion on who they should take direction from,” says Dave Barrett, vice president of American Properties Team in Woburn,  Massachusetts. “If they are employees of the management company, they should be taking  instruction from it. Problems arise if trustees are going to the employees and giving their own  instructions.”

Although it is tempting—and maybe easier, in certain cases—for Kraft to communicate directly with the quarterback whose salary he  underwrites, it ultimately is bad for the franchise. Kraft’s job is to be an owner, not to call plays; by calling plays, he undermines  Belichick. It’s the same idea with the board-staff relationship.

“The board is supposed to dictate policy,” says Goodman. “The board should not be involved in the nitty-gritty of how it gets done. When it does so, it interferes with management’s ability to be effective.”

There’s an expression in football—if we may continue our sports motif—it’s easier to fire the coach than the players. Indeed, employees of condominiums tend to retain those jobs for long periods of  time. Property managers change, in some cases, more often than the employees do. Thus, managers often find themselves with employees sourced by the previous  regime.

“Sometimes we inherit existing staff,” says Nicholas Boit, president of Barrington Management in Arlington,  Massachusetts. This can complicate an already complicated relationship, as the  staff members have a longer history with the board, from whom it shouldn’t take direct orders than its new boss. But the fundamentals are the same.

But employees do come and go, and when they leave, they have to be replaced. The  same HR principles that apply to sourcing candidates for any opening apply  here: write up a detailed job description, complete with essential  qualifications; cull candidates through a variety of sources, including  advertising, networking, and referral; compare resumes with the job description  for the best fit; and interview.

“We cull hundreds of resumes, boil it down and do a dozen interviews, and send  three or four people to meet with the board,” Boit explains. The board makes the ultimate call, but Boit won’t send anyone to the final round of interviews he wouldn’t be comfortable hiring. After all, it’s Boit who will be the new hire’s boss.

Finding good employees is also difficult, because it often requires you to find  people who have two different skill sets.

“When you’re hiring, you need to find people with PR abilities and people skills,” says Barrett. “You hire people with good interpersonal skills, because dealing with people is a  big part of the job.” At the same time, “you need to make sure they’re qualified in what you’re doing.” People who are really good at fixing boilers and doing odd jobs are not  necessarily blessed with superlative people skills. Good help, as the old saw  goes, is hard to find.

It’s one thing to do the job, another thing to be engaged in the job. Getting employees to buy in to the community concept, Boit says, is the biggest  challenge in managing staff:

“The overall effort to keep them upbeat and motivated in a very demanding service  industry.”

Attitude in companies filters down from the top. A gloomy CEO will run a gloomy  company, no matter how many sunshiny people she hires. Similarly, property  managers themselves must be engaged and motivated in order to motivate their  employees.

Boit recognizes this. One of the keys to motivation, he says, is “to have the site staff realize that they are part of a larger team and not  stranded on an island requires a certain amount of communication between senior  management and site staff.”

It also helps if the working relationship between board and property manager is  smooth and seamless. Too much interference from the board creates confusion,  and confusion is bad for business. “You have to make sure the management company and the board members are on the  same page,” Barrett says.

Boit agrees. “That relationship has a lot to do with productivity. This is where people live.  They have to be a good fit on a lot of levels for it to work.”

Another motivational tool is training. Training both energizes the employees and  trains them in a useful skill, this twice blessing the team.

“We offer professional training for employees,” Barrett says. “We send them to the OSHA training. All of our employees are certified pool operators.” The Community Associations Institute (CAI) offers great courses, too, he says.

Sending employees to advanced training sends a powerful message that they are  valued by the company, that they are more than just cogs in some grinding  machine. It generates a sense of pride.

“We treat this seriously,” Boit says. “These are the guys the client sees every day. They have to have a good  relationship with who they work with.”

Unfortunately, there are instances in which the best-laid plans go awry, and the  employee must be let go. Most of the time, Barrett says, termination is really  a matter of the person not being right for the job and vice versa. On other  occasions, personality conflicts become poisonous, and change becomes  essential.

And yes, there are those rare times when employees majorly screw up. Sometimes  this can be habitual tardiness, which, over time, becomes a drain on  operations, and is a show of disrespect to the job and the community. Sometimes  employees steal, or otherwise violate a code of ethics.

Boit recalls an employee years ago who was punching in at one building—and then punching in at another around the block, in effect double-dipping. He got away with this for awhile, but then was busted on both video cameras, and  fired from both jobs.

Large-scale felony is usually not a problem, Goodman says, as on-site staff tend  not to have access to money.

Although sexual harassment is not endemic by any means, it behooves property  managers and board members alike to be versed in current laws on the matter. We  tend to think of sexual harassment as “do this and I’ll do that,” what in legal circles is known as quid pro quo.

Most sexual harassment claims, however, are of the “hostile workplace” variety. These are more fuzzy than people realize, and much power is given to the  beholder. You might think the doorman who is forever complimenting the female  residents on how they look is charming; the women being complimented might feel  differently, and this can cause problems.

“If you have an HR department, you should go through HR,” Barrett advises. “You should always consult with professionals when dealing with HR law, because  it’s always changing.”

At the end of the day, fortunately, employees of condominiums tend to buy in to  the sense of community. Retention in those jobs can be high. And with the  proper amount of motivational techniques, sourcing strategies, and relationship  management, managing employees can be simpler.

Greg Olear is a freelance writer and a frequent contributor to New England  Condominium. 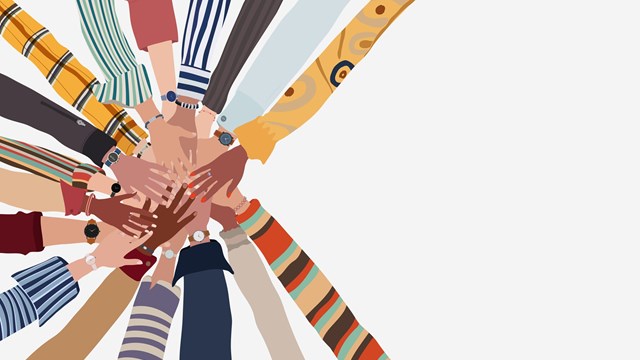