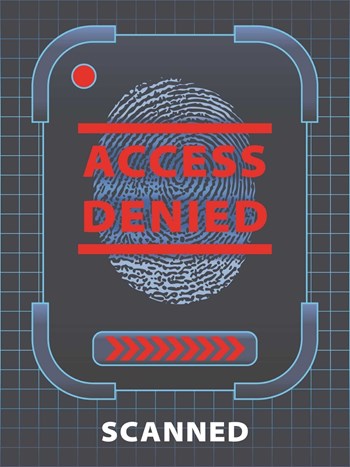 By and large, a board and management company can expect payment from residents  for monthly fees to be received on time and in full. These all-important funds  keep day-to-day operations moving forward without delay. There are situations,  however, that arise which can offset the balance sheet. Circumstances run the  gamut but in the end, monies that can’t be collected end up costing a whole lot more than the losses they represent.

The most common excuse given is that the person simply can’t afford to make the payment whether it is true or not. In these cases unit  owners will ask for patience, and offer an excuse as to why they are unable to  pay, which most recently has been the economy.

It is true that the economy has played a major role in not only late payments  but the ability for some people to make their payments at all. This is due, in  part, to high jobless rates.

Sometimes though it isn't the economy or a medical emergency that spurs a unit  owner into not paying their fees.

According to Pamela Jonah, an attorney with Goodman, Shapiro & Lombardi, LLC, based in Dedham, Massachusetts, every so often a unit owner will  withhold the payment of common fee in response to an alleged grievance against  the board.

“A common example is an allegation that the board has not responded to the unit  owner’s complaint regarding the need for repair of some common areas,” says Jonah. “But there is no defense to the non-payment of common fees.”

The way in which a board determines how to handle collecting monies that are  past due is always different as respective bylaws dictate the course of action.  In most situations there is a grace period between five and 15 days after the  payment is due which is usually the first of the month. “If it is deemed a temporary issue, then it is simply a matter of collecting the  money,” says accountant Michael A. Esposito, CPA, who works in New York City. “If it’s a chronic use, you have to then factor the losses into your budgeting.”

To this end, most boards will assume that there will be a percentage, albeit  small, of deadbeats who will not make payments which impacts the rest of the  community. This is considered an unfair charge to residents that faithfully pay  their fees and common charges.

“If, for example, you were trying to collect one million dollars, you have to  figure that you will not collect that amount and will collect something less,” says Esposito. “Theoretically, you’re still going to have to come up with that million dollars so common charges  for all residents have to be raised to say $1.1 million dollars. This is the  downside of living cooperatively.”

While most boards have an attorney on retainer, they depend on their management  company to keep them apprised of any delinquencies. This communication chain of  command can add more time to the situation. For example, if a resident misses a  payment, the management company will normally not send a notice to that  resident until the grace period is over, and in some cases will wait weeks  longer. The management company will inform the board at the next monthly  meeting. So before any action can be considered, and providing the resident  didn’t make good on the first missed payment, the delinquent resident will likely  have missed two payments before any serious action is taken.

“Common problems are people losing their jobs or claiming bankruptcy and the  management company are the ones that have to be aware of the reason that  payments are not being made,” says Albert M. Kushnirov, CPA, who is with an accounting firm based in New York  City.

“We are seeing more of this in the last couple of years. And when it comes with  how a board will deal with the situation, everyone is different. It is like  every board is a different country with different rules and customs.”

Depending on the board, the rules for collection of delinquent fees are usually  covered in the bylaws or “house rules,” the propriety lease, the offering plan, or management policy. Boards generally  prefer that if a written notice doesn’t spur activity to have the management company call the resident directly.

Some industry professionals point out that typically, this type of follow-up  will continue for a month or two. Eventually, however, if these steps don’t yield a response, an attorney should be contacted to draft a similar letter  with the threat of legal action citing relevant provisions of obligations in  the controlling documents.

“We always counsel boards to be vigilant in reviewing and scrutinizing unit owner  account arrearages,” adds Jonah, who frequently handles litigation on behalf of condominium  associations, “Boards should also place accounts maintaining arrearages with our office for  lien enforcement no later than 90 days after the unit owner goes into arrears.”

While banks and lending institutions penalize a person for being late on a car  loan payment or credit card payment with a late charge, boards often do not.  Their main goal is trying to recoup monies lost and up and until legal counsel  is brought into the picture, they look to remedy the situation with as little  cost as possible.

If a resident is not excessively delinquent, often boards will wait until the  arrearage gets to be a higher amount to warrant the spending of legal fees to  recover the late fees. Boards do not have a lot of extra money and they do not  want to spend money on an attorney unless they have to.

Charging late fees, filing liens and starting foreclosures are the most common  avenues and methods to persuade members to pay; however, many associations also  have the ability to suspend privileges to any member in arrears. The theory  being that the assessments pay for those privileges and if a member is not  contributing to the cost of those privileges and/or amenities, then they can be  deprived of the benefit of using them.

"The answer will depend entirely on what your state's laws,” says attorney Adam Cohen, a member of the law firm of Pullman & Comley, LLC, located in Bridgeport, Connecticut, “and your association's declaration and bylaws, say on these subjects. Denying  non-essential privileges such as pool access may be easier but might at least  require that the board hold a hearing and invite the owner to be heard first.”

Jonah agrees, “In Massachusetts, there is no case directly on point with regard to the right of  an association to withhold privileges and access to common areas and amenities  due to the non-payment of common fees. Since such a withholding could be deemed  a restriction on use, it would seem that in order to deny access, say to the  pool for the non-payment of common fees, would require an amendment to the  master deed or bylaws.”

Ultimately, the old adage of a few bad apples upsetting the apple cart is  realized. Residents are not without recourse in that they can request  information from the board as to who is not making payments. They are not  allowed to harass the delinquent party due to governing laws and other  legislation; they are entitled to know why a special assessment was executed  and why their monthly dues increased.

If legal action is taken, it can take months if not over a year for a case to be  settled. The nation’s consumer protection agency, the Federal Trade Commission (FTC), is the entity  that enforces the Fair Debt Collection Practices Act (FDCPA). This prohibits  debt collectors from using abusive, unfair, or deceptive practices to collect  from a delinquent party. Under the FDCPA, a debt collector is defined as a  person who regularly collects debts owed to others and includes collection  agencies, lawyers who collect debts on a regular basis, and companies that buy  delinquent debts and then try to collect them, notes the FTC.

In many cases, the location of the building and the demographics that comprise  the residents make a difference on the frequency of payment arrears or the  juxtaposed value in the event collections occur.

Essentially, a co-op owner is just a lessee with ownership of shares in a  corporation. The board can initiate an eviction proceeding because it is a  landlord/tenant relationship. The process can take anywhere from three to six  months.

However, the attorneys say, with condominium owners, it becomes an issue of  foreclosure on that unit by the board. This proceeding is far more costly and  time-consuming with a six- to 18-month window depending on the site, the judge  and the parties involved.

W.B. King is a freelance writer and a frequent contributor to New England  Condominium. Associate Editor Liam P. Cusack contributed to this article.