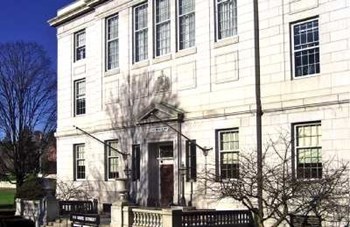 A hallmark of community associations is their ability to enforce nonpayment of assessments by resorting to the remedy of foreclosure - long recognized in the law as a forfeiture of property. Over time, courts and legislatures have struggled to balance the rights of the parties to ensure that the results of the foreclosure serve society's greater needs.

Many believe that community associations wield their foreclosure power too aggressively, without regard to the particular circumstances of the delinquent homeowner and, frequently, only to the financial benefit of the association's lawyers.

The process is fairly straightforward: The association, after a period of nonpayment, directs its lawyers to make a demand and, if the delinquency is not cured, to commence foreclosure.

Though foreclosure laws come in many sizes and shapes, about half the states use a form of non-judicial foreclosure known as a private sale; in a private sale foreclosure, the lender gives notice of an auction sale at which the property will be sold to satisfy the claim. Though anyone can attend the sale and bid at the auction, that is a rare event, and the foreclosing party is usually the only bidder.

What should be done when the sales price — $3,510.10, which is the precise amount of the delinquent assessments, legal fees and costs of foreclosure — is less than 15 percent of the $70,000 value of the property? In the absence of collusion or fraud and as long as the notice and other procedural requirements were met, most lawyers would assume that the sale would be valid.

Recently, however, the Vermont Supreme Court concluded that a private sale must meet the standards of commercial reasonableness found in Vermont's Uniform Common Interest Ownership Act (as imported from the Uniform Commercial Code).

The requirement applies even to a sale made by an association created under the prior condominium ownership act, because private sale foreclosures would not have been available to the association but for UCIOA (UCIOA contains a provision that allows application of UCIOA provisions for events arising after its adoption.)

In as much as UCIOA requires commercial reasonableness in foreclosure sales, the Court reasoned that it would be irrational to allow an association created before UCIOA to use UCIOA's private sale authorization to foreclose in a commercially unreasonable manner.

The Court noted that determining commercial reasonableness must be done on a case-by-case basis, and that the association has the burden of proving that the disposition was commercially reasonable.

Quoting from an Oklahoma Supreme Court decision describing the Commercial Code's requirements that a secured party utilize his best efforts to sell the collateral for the best price and to have a reasonable regard for the debtor's interest, the Court concluded that the discrepancy between the sales price and value suggested that no efforts were made to attain the best price for the unit.

If there was no attempt to maximize the price and the association was the only bidder, the sale could not survive scrutiny. The Vermont Supreme Court remanded to the trial court to enter judgment voiding the foreclosure sale.

Is there a "safe harbor" for associations that are subject to this standard? It's clear that the absence of collusion or fraud, and strict compliance with the procedural requirements under the private terms in the lending documents, alone, will be insufficient.

The holding in Will is reminiscent of the holding in Durrett v. Washington National Insurance Company, 621 F.2d 201 (9th Cir. 1980)("reasonably equivalent value" test of Section 548 of the Bankruptcy Code not satisfied when the sales price is less than 70 percent of fair market value), a holding rejected by the United States Supreme Court in BFP v. Resolution Trust Corp., 511 U.S. 531 (1994) as an erroneous reading of Section 548.

Nonetheless, to the extent Will governs the propriety of private foreclosure sales by community associations, compliance with Durrett — that a foreclosed condominium should not be sold for less than 70 percent of its fair market value — should be sufficient to meet the association's burden to prove that the sale is commercially reasonable.