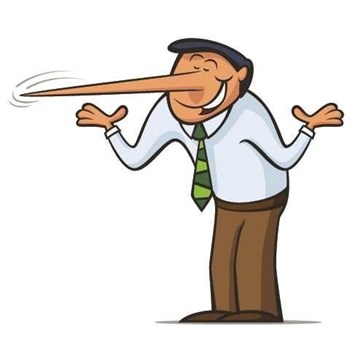 When fraud is discovered in the context of community associations, or any  non-profit, it usually takes shape as embezzlement over many years by a trusted  member or employee. Insurance companies that defend non-profit clients from  fraud can be victimized themselves. In addition to embezzlement, however, fraud  can assume a number of roles.

For instance, it can serve as a strategy in a legal action. “Fraud is a tort which entitles you to punitive damages … It’s the cherry on top of many lawsuits. You would not [be able to] get monetary  compensation with a simple ‘breach of contract’ allegation,” states Attorney Joel W. Meskin, vice president, Community Association Insurance at McGowan Program  Administrators, based in Ohio.

On the other hand, notes Meskin, community associations may perpetuate fraud, “in the form of material misrepresentation, such as when an association sends in  for a D&O (directors & officers) policy but fails to mention outstanding charges… facts or circumstances giving rise to a potential claim.” In another scenario, he adds, “a policy may cover the builder/developer in his role as a board member. If he  made promises during project construction, or exaggerated the amenities, but  then failed to follow through to create or develop them,” he may be charged with fraud.

Directors and managers assume that insurance is the first line of defense to  provide protection from charges of fraud, although Meskin points out, “every D&O policy on the market has a fraud exclusion… and [fraud] will not be covered in the general liability policy. Defense fees  and legal costs are what are covered by the D&O policy.” The fraud exclusion is a narrow definition, he contends. It is basically “any action arising out of fraud—if it’s the only charge being made,” and that is rarely the case. “We are more typically defending five or six causes of action, [onto which] fraud  is added.

“There are two obligations of an [association’s] insurance policy: to provide you with defense through the entire [legal]  process …and indemnity, if there’s a settlement or judgment, Meskin explains.”

In addition to embezzlement schemes, there are a few fraud-like situations that  are specific to a community association setting. “When trustees or directors are accused of conflict of interest, or someone  charges that there has been a wrongful foreclosure, then someone can claim ‘fraud’ on the details,” he adds.

“Only two percent of all lawsuits go to trial, so fraud is rarely adjudicated,” he says. This is because the legal and court costs often outweigh any award. “The amount of compensatory damages is determined only after a judgment,” Meskin notes. “If the cost of defense is estimated to be more than what the compensation would  be, then an out-of-court settlement is more likely.”

Fraud cases may be rare in the context of community associations, but the ones  that do surface can be downright wacky. Meskin describes a claim his firm  recently received involving a unit owner accusing his association’s officers of hiring criminals to terrorize homeowners and claiming they were  motivated by bigotry.

In monitoring association fraud cases, Meskin reports, not much can top the  notorious saga that’s evolved around construction-defect attorney Nancy Quon in Las Vegas. The  criminal conspiracies of the case began surfacing a few years ago and just  seemed to multiply as time went on. Initially, the case involved a number of  HOAs in which the association boards were stacked with "straw purchasers" who  then pushed for construction defect lawsuits against builders. “Then, it’s charged, they would hire [Quon’s] construction companies to do the repair work,” explains Meskin.

Multimillion-dollar contracts were allegedly channeled to lawyers and other  firms involved with the scheme--at the expense of legitimate homeowners. With  the release of federal court documents unsealed last September, prosecutors  have identified as many as 100 co-conspirators at various levels of the scheme,  including lawyers, judges and former police officers. Media reports have  struggled to keep up with all the twists and turns, illustrating just how  out-of-control a case can get. The case is still pending, but earlier this  year, Quon was found dead in her Henderson, NV condominium, and another lawyer  in the HOA conspiracy case allegedly committed suicide.

“Volunteers on boards are managing this huge budget,” Meskin relates. “At a large-size community it’s like a big business. Especially in this economy, where desperate people might  do desperate things, it can be very tempting, facing a big reserve fund.  Individuals convince themselves that it’s okay, thinking that, ‘I’ll take the money now and put it back later.’ Using that excuse, people have been caught stealing association funds and  gambling the money away.”

Plus, says Meskin, “One person’s fraud is another person’s frustration… When you have board members handling a budget, having to listen to unit owners  with too much time on their hands who complain or criticize the board—but then they don’t get involved. The board members doing the work feel that nobody cares or wants  to help.”

Insurance Has its Limits

Board members need to understand all aspects of their insurance package--what  each element can or cannot do. For instance, there are a number of standard  specifications surrounding fidelity insurance. Chris Snow, a principal at  Bernier and Snow Insurance in Rochester, New Hampshire, notes that “fidelity, sometimes referred to as ‘employee dishonesty’ or ‘crime’ or bond insurance, is intended to cover fraud. This ensures that the  association will not be penalized for an individual’s action. As a rule, the bond limit should average three months of condo fees  plus the amount of the reserve fund.”

“Some insurance policies are capped, like at $100,000, so you’d need separate policies to insure for more than that. It’s really the mortgage lenders who drive insurance requirements. For instance, at  one property we had the FHA come up with a figure of $571,000 for the bond, so  we set the coverage limit at $600,000.”

Snow agrees with Meskin that “at large properties, the reserve funds can be a real temptation… We had a case in New Hampshire where the manager was skimming off the top for  years.” The trustees or directors sometimes just make it too easy for someone handling  the books to take advantage of a situation. “It’s just a matter of maintaining checks and balances,” Snow says. “We want to see that the person authorizing any expenditure is not the one  authorized to make the withdrawals.”

When insurance companies are victimized, fraud most often takes the form of  misrepresentation. “Let’s say,” Snow explains, “a condo building is described as having a sprinkler system, on the policy but  not in reality. Builders may fudge some numbers and think it will never catch  up with them, but the insurer won’t pay up [for an insured event] if there was misrepresentation on the  application. The whole [insurance] industry is based on the honesty of the  consumer.”

Chris Marquet is the founder and CEO of Marquet International of Wellesley,  Massachusetts, a firm that does professional investigations, litigation  support, due diligence and security consulting. He says, “I work with law firms and corporate entities who have been victimized. They will  hopefully carry fidelity or ‘crime’ insurance, and there may be a deductible as well as a top limit. This protects  an organization from theft by its employees or its vendors.”

He agrees with Meskin and Snow that the associations that are most often  victimized are usually not small properties, and it’s usually done by managers or staff who are taking advantage of a board’s trust. “It’s easier to hide theft in a big property… I live in a four-unit condo association, and it’s pretty tight,” he notes.

In some of these bigger associations, states Marquet, “the unit owners write checks for their monthly dues, which go to the management  company, which deposits them and then [management] writes checks to vendors. It’s usually a bad apple who gets to control different levels [of finance]  collecting checks and then writing checks. If someone is skimming $500 each  month for services no one really scrutinizes. Then things start small and get  bigger over years and years.”

Fraud and theft in non-profit organizations, reports Marquet, are traceable,  once uncovered, “because typically there’s a paper trail to provide ‘proof of loss’ to the insurer, showing where the money went. The most common scenario is a  lone bookkeeper who has all the opportunity in the world to steal.”

He outlines “three things that must exist… to create this ‘fraud triangle.’ It starts with opportunity, like a single bookkeeper with no oversight. This  individual then has a ‘perceived need’ or financial pressure [behind on the mortgage; going through a divorce, etc.],  followed by ‘rationalization’ such as ‘I’m owed this money, I deserve it’ or ‘I’m just borrowing it and I’ll pay it back.’ And this perpetrator is usually a person who’s been around for a long time.

Have Checks and Balances

“Years can go by as the fraud continues. Often it’s discovered by accident, when a substitute worker steps in because the  perpetrator is out of the office, sick or on vacation...” The obvious checks and balances, Marquet says, should include “not allowing a single individual access to all aspects of finances in any given  department. Make sure there are divisions of duties in the finance department,  and regularly rotate responsibilities for bookkeeping personnel. Also, require  bookkeeping staff to take vacation time off. Embezzlers often take few or no  vacations to safely perpetrate their schemes.

“Statistically,” he continues, “it’s one of the only crimes involving more women than men. They’re profiled as being in their mid-40s with a sense of entitlement. In small  businesses it may be a family member. There’s a reluctance to blow the whistle in these crimes, where, ‘We were shocked’ is the immediate reaction.” But victims need to get beyond the embarrassment of being scammed and help to  recover losses, when that’s possible.

“Law enforcement should be enlisted,” he continues. “We recommend that you prosecute people to prevent future misconduct with another  employer.” Marquet admits that it’s difficult to extract any incriminating information about potential employees  from their past employers. “These days, HR departments won’t offer anything much beyond dates of employment. It is possible, however, to  get in contact with non-references, the people who worked alongside the job  candidate,” just to rule out fraud or misconduct in the past.

And while privacy issues may have hidden criminal behavior in the past, Marquet  notes, “There has been some case law in recent years [indicating that]—if you knowingly hold back information-- there’s culpability for not warning someone about criminal actions [by a former  employee]. Firms should not try to hide relevant information about crime.”

These “insider” schemes can be prevented, adds Marquet, “with more active participation by the principals in the routine workings of the  organization. But it’s human nature… whether it’s business partners or trustees, no one relishes working in the back office, so  they leave all that detail stuff to the trusted bookkeeper.

“Remember,” says Marquet, “the term ‘con man’ derives from ‘confidence man’ because it’s someone who has gained the trust of his [or her] victims.” 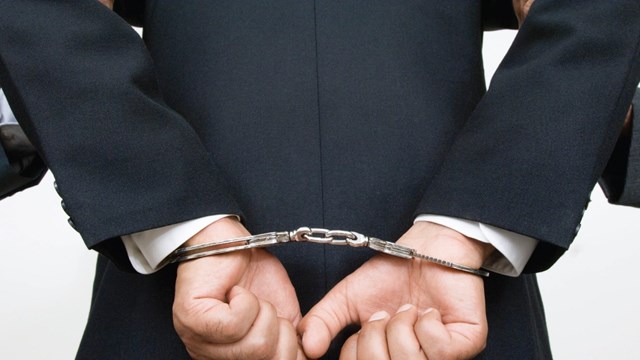 Where the Dollars Are 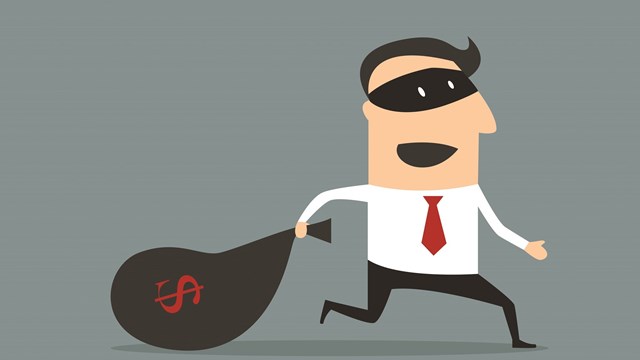 Red Flags Every Board Member Should Know About