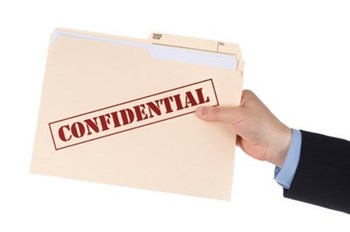 While keeping the records of the association is not the most fascinating part of serving on a board of trustees, it is in some ways the most important. In fact, the flow of paperwork is the lifeblood of the community.

The association’s declaration, master deed and bylaws, and the co-op’s articles of incorporation and proprietary lease are the foundation of the business that is your typical co-op, condominium or homeowners’ association. The voluminous documents produced day to day are the records of its operation and the correspondence among the board, owners and management create the tenor of life within the community. Keeping documents and records tidy and communications responsible and transparent are key to running a functional and harmonious community.

The Letters of the Law

“Massachusetts Chapter 157B and Chapter 183A govern co-ops and condos, respectively,” Henry Goodman, an attorney and principal at the law firm of Goodman, Shapiro & Lombardi, LLC, with offices located in Dedham, Massachusetts and Lincoln, Rhode Island, says. “Because a co-op is a corporation, corporate laws sometimes also come into play. In any event, the statutes and sometimes the organizational and regulatory documents of the entity provide for documents that the association is required to make public. For example, Massachusetts Chapter 183A, Section 10 lists documents that the (condominium) association must make available and sets forth the procedure for obtaining them,” he says.

Record keeping requirements differ state to state, so be sure to check your respective state’s statutes.

The most important document in the life of the condo community, subordinate only to U.S. and state laws, is the condominium declaration, or covenants, conditions and restrictions (CC&R) in the case of HOAs, written by the developer at its inception. The declaration contains a detailed breakdown of the property, including engineering sketches and each owner’s proportionate share of the property and portion of the monthly common expenses. It also describes the common areas of the complex.

The second record of importance is the bylaws, which lays out the rules for self-government of the association, including how the board directs its affairs, enforces policies and oversees upkeep and administration. The bylaws also covers such matters as requirements for meetings, voting, the manner in which the budget should be prepared, the determination and handling of assessments, and the filing of assessment liens and restrictions on the use of the units and the common areas.

Third in the hierarchy of governing documents are the rules and regulations, which are specific policies the board writes to administer and enforce the declaration and the bylaws.

The rules and regulations are the most malleable of the documents of the corporation. While bylaws take a super-majority of the association to be amended, the rules can be rewritten by a majority of board members.

Co-op documents, however, are a bit different due to their inherit corporate nature. “In a co-op, the order of importance are, Articles of Organization, Bylaws, Rules and Regulations and ownership/ occupancy documents such as shares of stock and proprietary lease,” Goodman says. “Further, there may be easements and other covenants that bind the land that were put on record before the formation of the co-op. These may take precedence over the other documents.”

The Role of the Manager

If an association is self-managed, the board maintains all records personally. Larger associations employ managers to organize and store documentation, which is stored in the firm’s office. Managers are also in charge of providing access to records at owners’ request, notes Russell Munz, president of Stamford, Connecticut-based Condo-Financials.com, which provides bookkeeping services to self-managed condos nationally.

The extent to which the board relies on management to produce reports is laid out in the management contract. Buildings large enough to afford a full-service management company typically have them provide a monthly report in advance of board meetings detailing the month’s activities and providing background on issues on the agenda.

Experts say the monthly report should include information such as budget data, bank statements and both accounts payable and receivable.

The report should also contain any correspondence from and sent out to shareholders, background information on any issues the board intends to discuss and proposals from contractors for any projects that are being considered.

The board can have management scan everything, to avoid drowning in a sea of paperwork. Digitizing files makes them easy to reference and electronic records are easily transported from the management office to building’s computer hard drives.

Much like its record-keeping requirements, Massachusetts statutes regarding when and how owners can access association documentation is very in-depth. The Condo Act states that “records shall be kept in an up-to-date manner within the commonwealth and shall be available for reasonable inspection by any unit owner or by any mortgagee holding a recorded first mortgage on a unit during regular business hours and at such other times as may be provided in the agreement between the manager or managing agent and the organization of unit owners. Access to said records shall include the right to photocopy said records at the expense of the person or entity making the request.”

Connecticut unit owners must give five days’ notice when requesting documents. “All records retained by an association shall be available for examination and copying by a unit owner or the owner’s authorized agent...during reasonable business hours or at a mutually convenient time and location,” the Connecticut Condominium Act states.

The Connecticut Common Interest Ownership Act (CIOA) requires that detailed records be kept of financial records including all expenditures and receipts, budget and reserve funds, assessment delinquencies and collection actions, and the last three years of financial statements and tax returns; contact information such as the names and addresses of all unit owners, board members, and directors as well as each unit’s vote allocation; governing documents including the association’s declaration, bylaws, rules, third-party contracts in effect, and last annual report filed with the Secretary of State; and records of the minutes and votes at all board, committee, and owner meetings, decisions on unit owners’ architectural and design applications, and all ballots and proxies going back one year.

Maine’s Condominium Act requires a 10-day written notice and states that associations reserve the right to charge “a reasonable fee for providing copies.”

The Rhode Island and Vermont statutes are relatively vague, essentially stating that owners are entitled to review records, but providing no specifics on notification requirements or fees.

In general, all owners should receive a copy of an income and expense report for the previous year, as well as a unit owner roster at annual budget meetings, Munz says.

For the most part all owners have the same access to records as board members. However, there are certain documents that only board members can see, such as attorney-client privilege documents, Marcus says.

“If you’re in middle of litigation against the developer, let’s say, and there’s a sensitive legal strategy you’ve developed, you obviously can’t tell all the unit owners what the strategy is,” Marcus says. “It defeats the purpose of having the attorney give legal strategy or work out what the board what strategy to use.”

Legal information isn’t the only data off limits to owners. “Residents cannot view the list of current unit owner collections—who is delinquent—that's sort of kept private,” Munz says. “If the board is collecting proposals or bids for certain projects, those proposals are usually kept in confidence until they make a decision on who they want to use.”

And there are exceptions to the exceptions. Board members are only privy to personal information on an application for the sale or lease of a unit on a need-to-know basis. The board’s access to the personal data should end when the decision on the application is made.

Reach Out to the Community

Associations are required to keep in the records of the corporation the minutes of all meetings of the directors and members, but there are no precise regulations for their preparation. They should be a clear, succinct but complete record of topics discussed and decisions made or deferred in the meeting.

Most managers and attorneys recommend a policy of openness in documenting the meetings—up to a point. “I think it is a good idea to send out minutes or make them available on an association website, etc.,” Mark S. Einhorn, a junior partner with the law firm of Marcus, Errico, Emmer & Brooks in Braintree, Massachusetts says.

Some pros even recommend taking the flow of communication to the next level, tech-wise. “To have in this day and age of electronics almost-instant electronic communication, try to publish minutes, publish the decisions and communicate with the unit owners,” Mark Rosen, an attorney with Goodman, Shapiro & Lombardi, LLC in Dedham, Massachusetts, says. “Explain why certain things happened the way they happened or why the decisions [were made].”

In the most functional communities, boards communicate regularly about issues before them or to draw attention to rules and regulations. Beyond fostering an atmosphere of transparency, regular newsletters or mass emails on specific topics prepare members for any new actions the board is considering, like the enforcement of rules on the books about which previous boards have been lax.

Communication between the board and residents shouldn’t stop with sharing minutes and newsletters. Experts recommend encouraging residents’ attendance at board meeting to further promote openness—a trait that is the key to a successful community, Marcus says.

“If there’s mistrust and people think the board members are doing things behind their back and are not disclosing information to them, it reflects on a community that is going to have more dissension. Having a harmonious community should be the goal whenever possible,” Marcus says.

Enjolie Esteve is an editorial assistant at New England Condominium. Steve Cutler, a freelance writer, contributed to this article. 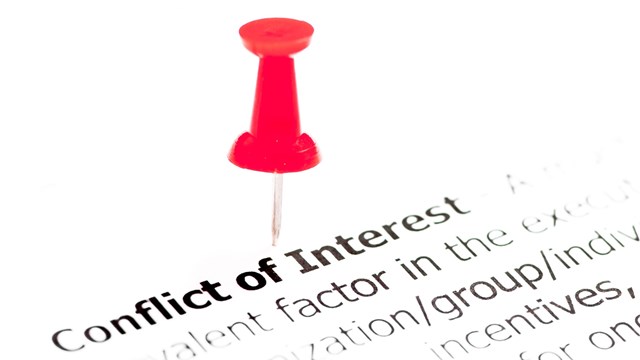 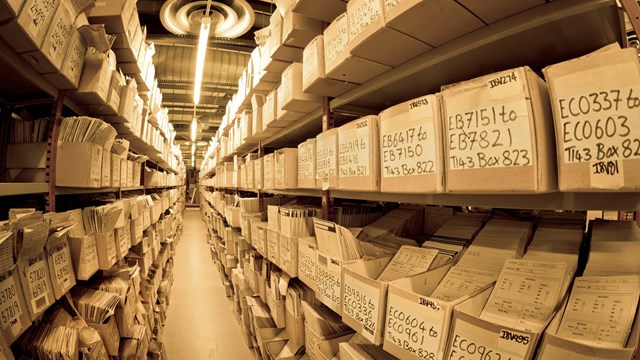 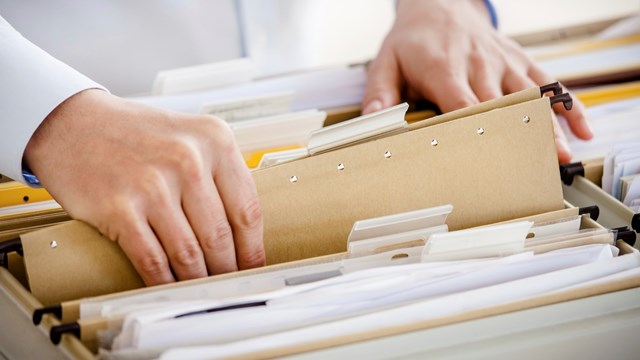