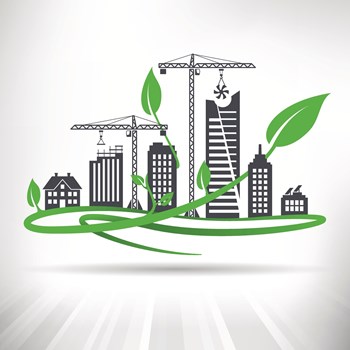 In Part 1 of “Multifamily Energy Savings Solutions,” we introduced some relatively simple products and processes that individual owners or shareholders can adopt to reduce energy consumption and emissions and to save on their energy costs.

Part 2 addresses the bigger picture: replacement of entire systems; working with advocates, government, and utilities to move toward greener energy; and, just as with the solutions mentioned in Part 1, achieving community buy-in and widespread implementation.

Coupling with a Co-op

Jay Egg knows a lot about educating consumers and developers on the path toward energy efficiency. A former nuclear power engineer for the U.S. Navy, he became a leading expert on ground coupling—the technology that allows for a non-fossil-burning alternative for heating and cooling buildings—and now has a “practically evangelical zeal for sharing this technology,” he tells New England Condominium. Today he makes a living consulting and speaking on the subject with his business, Egg Geo, and was happy to talk to us about how geothermal technology is being implemented in multifamily buildings and communities.

Even though he lives in Florida, where the weather inspired him to pursue innovation in the heating, ventilation, and air conditioning (HVAC) sector, about 30% of Egg’s work is in New York State—mostly because of the state’s progressive climate agenda and strong heating and cooling program with the New York State Energy Research and Development Authority (NYSERDA), he says. He is currently working with the Amalgamated Housing Cooperative in the Bronx in an owner’s representative role as the 1,500-unit campus undertakes a conversion from a steam-absorption chiller to a geothermal heat pump for its two Towers—the newest of its 11 buildings and home to about 300 of its families.

“Newest” is relative—the Towers were completed in 1968 and 1970, and many of the mechanical, electric, and plumbing (MEP) elements are at or nearing the end of their useful life. Long-time manager Charles Zsebedics relays that the galvanized drain pipes original to the buildings have so much build-up that condensation can’t drain, resulting in costly and disruptive flooding to apartments. With the supply pipes also at the end of their useful life, the entire heating and cooling system in the buildings is compromised. Additionally, the current chiller system’s cooling pan, also original to the buildings, has undergone so much patching and emergency repair that Zsebedics is not confident that it will survive the year. What’s more, the concern over cooling towers’ potential for spreading Legionella bacteria is especially pressing given the associated diseases’ symptomatic similarities to COVID-19 and the propensity they all have for exacerbating the already rampant respiratory illnesses that have been extensively brought about by the very emissions-heavy systems that the co-op is looking to replace.

With the urgency to replace these systems existing well before the COVID crisis, the co-op began researching and procuring professionals to move to a new technology about two years ago. They discovered that a ground-source geothermal heat pump offered the best “bang for the buck,” says Ed Yaker, treasurer on the co-op’s board of directors, in terms of emissions reductions as well as solving for the aforementioned health and quality of life concerns. Even though the co-op, as a “Mitchell-Lama equivalent,” can undertake what’s known as the ‘alternative path’ toward compliance with the emission-reduction standards prescribed by the city’s Local Law 97 (“The Climate Act”), says Yaker, it behooves them to go as far as possible toward the standard 2034 goals, not only to avoid the potential penalties that increase substantially as the reduction measures get more strict in the approach to 2050, but also because “everything takes a long time.”

“We can’t do anything until we have two things: one, money; two, HCR approval,” continues Yaker. [As a limited dividend cooperative, Amalgamated is regulated under the New York State Homes and Community Renewal (NYSHCR) program, which requires certain review and approval processes for major expenditures.] Right now, he says, they’re focusing on the money. It took a year for HCR to even authorize the issuance of an RFP for an energy consultant, notes Yaker, so while they’ve requested a determination on their mortgage refinancing proposal, they do not expect a timely response. Zsebedics and Yaker agree that with a projected $13 million cost for the project, if they can overcome the financing hurdle, it is unlikely that HCR will end up standing in the way of a project that is so necessary—and so in line with the state’s mandated climate initiatives.

With acceptance into NYSERDA’s Multifamily Performance Program (MPP), which offers specific incentives for affordable multifamily properties based on the amount of energy savings that a project is assessed to achieve, Amalgamated also plans to undertake energy efficiency projects across the rest of its campus, including installing the Cozy radiator covers and management system mentioned in Part 1 of this story, as well as two new 600-horsepower Johnson boilers with combined heat and power (CHP)—an energy-efficient system that allows the heat produced by electric generation to be used as a thermal (heating and/or cooling) power source.

Depending on where you live, efforts to enhance energy efficiency and emissions reductions in your building or community might be helped or hindered by the laws and government or utility incentives in place. According to the Institute for Local Self-Reliance (ILSR), a national organization that builds partnerships to research and advocate for “an American economy driven by local priorities and accountable to people and the planet,” per its website, Massachusetts and New York lead the 50 states in local clean energy policy and implementation, with California and Illinois also scoring well (especially relative to their regions). States like Florida, which lacks policy for renewable energy sharing and distribution, ranked among the lowest.

The Commonwealth of Massachusetts was an early adopter of decarbonization, starting with its 2008 enactment of the Global Warming Solutions Act (GWSA), setting up policy and infrastructure for emissions reductions and conversion to non-fossil-burning sources. In 2016, Massachusetts Governor Charlie Baker declared a state goal of net zero emissions by 2050. The state legislature has taken up several bills since then in furtherance of that goal, including most recently Bill S.2447, An Act Setting Next-Generation Climate Policy.

The state also introduced a Property Assessed Clean Energy (PACE) financing program this summer that allows owners of certain properties—including multifamily properties with five or more units—to take out low-interest loans for capital improvements that will reduce energy consumption. Through the program, qualifying buildings or communities can pay back the loan for up to 20 years via a betterment assessment levied by the property’s municipality, which bills and collects the assessments through property taxes. East coast law firm Day Pitney, with offices in Boston and Connecticut, notes in an alert on the subject that each city/town council or board of selectmen, as applicable, must opt into the program in order for its properties to be eligible. As of August 3, the communities with PACE registration are Acton, Agawam, Amesbury, Barnstable, Devens, Erving, Fall River, Fitchburg, Gardner, Greenfield, Lexington, New Bedford, North Adams, Northampton, Orange, Pittsfield, Randolph, Rockland, Wendell, West Springfield, and Yarmouth.

In dense urban areas like Boston and New York City, large buildings account for close to three-quarters of emissions, according to data compiled by the Urban Green Council, making them a target for their states’ bold energy initiatives. With its recently enacted Local Law 97, the Big Apple is putting much of the onus for climate action on buildings larger than 25,000 square feet, and multifamily residences in this sector produce about 24% of overall building emissions. This leads energy consultants like Egg to warn, “Any property that combusts fuel (burns fuel to create heat) … when it’s at the point of needing replacement, if the building doesn’t replace it with an all electric system or heat pump solution, it will become a stranded asset.”

He notes that as systems and equipment in large multifamily properties approach the end of their useful lives in the coming years, replacement with a geothermal solution “limits CO2 emissions, which is a big deal for climate change concerns, and also limits the cooling towers, which is a big pandemic-type concern,” in addition to limiting the steep fines and penalties associated with exceeding emissions benchmarks set by New York’s Local Law 97.

“The structure already exists,” Egg continues. “There’s a lot of opportunity, but as you can imagine, it’s a complicated mess. But the solutions are there.”

The next step in designing and retrofitting multifamily buildings for the future is to understand the interrelatedness between the inside and the outside, the parts and the whole, our living spaces and our living. As buildings and communities take on regular maintenance, capital projects, and long-term financial planning, they should proceed holistically, taking a cue from engineers and architects who suggest considering new innovations like vertical solar arrays when facing facade-related improvements—many of which are mandated by municipal safety programs and international codes. Roofing projects should (or must, in New York’s case) include specifications for integrating green surfaces, solar or wind technology, and/or equipment that accommodates clean power delivery from other sources. And any exploration of MEP systems should take into account how ‘smart’ technology and automation can enhance efficiency and curb costs while also avoiding physical contact for operation.

Today’s innovations—along with their availability and price points—in HVAC, MEP, and power distribution systems make energy upgrades and replacements not only compelling, but achievable. Environmentally focused legislation and regulations are pushing homeowners and operators further in that direction, and the current crisis brought about by the coronavirus pandemic has, in many respects, honed the world’s attention toward improvement and investment in the multifamily residential sector. We now have what may be considered the perfect conditions for real energy solutions: the right products and technology, at (or approaching) the right price, with the right governmental and business backing. Now all we need is the implementation. “It is a multi-decade transition,” admits Egg. “We’re a little bit resistant as a society, but we’re starting to get the hang of it.”