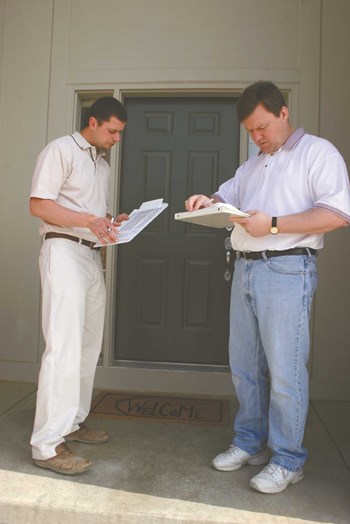 As the ideas of energy efficiency and “green” buildings keep growing, associations and managers often want to know which  energy-efficient improvements make the most sense for their buildings—it might be compact fluorescent lights, energy-efficient tinted windows, or  maybe, green roofs or more efficient heating and cooling systems.

But how does one find out what measures make sense for a particular building?  One good way is by an energy audit. In an energy audit, or assessment, an  expert or a team of experts goes through a building, using various techniques  to determine what can be improved. They look at lighting systems, water  conservation, the building envelope, refrigerators and any number of things.

Benchmarking, as it is known, is a more recent innovation. Using a computer  program called Portfolio Manager, a manager can track energy usage in a  building—or even among several different buildings—to find out if and when spikes in unneeded energy usage are occurring.

To date, the use of benchmarking has mainly been commercial. For both National  Grid and NSTAR, according to their spokespeople, benchmarking is not part of  their regular multifamily assessment program. National Grid’s Whole Building Assessment (WBA) benchmarking program is for commercial, not  residential, users.

However, in New York City, the new Local Law 84 has mandated the use of  benchmarking in multifamily apartment buildings by 2013, and similar efforts  are under way in other cities. There, existing multifamily buildings, based on  their size and other factors, are assigned a performance target. Implementation  of an energy-saving plan and achievement of the target can make the buildings  eligible for incentives from the New York State Energy Research and Development  Authority (NYSERDA).

New York City aside, managers of multi-family buildings across the country can  apply for Portfolio Manager straight from the federal EPA. More on this later—now back to the typical energy audit!

Multi-family energy audits are basically the same across the board in the state—the Massachusetts Residential Multifamily Assessment Program is offered as part  of a collaborative between the state’s electric and gas utilities, according to Amy Zorich, a spokeswoman for  National Grid. The program is available for condo complexes as well as rental  apartment houses with five or more dwelling units.

As mentioned, utilities conduct an energy assessment of the entire complex and  then provide recommendations for common area, outdoor and dwelling-unit  lighting fixtures and bulbs; air-sealing and insulation upgrades and  programmable thermostats; windows and doors; hot water-saving devices such as  low-flow showerheads and faucet aerators; incentives for refrigerator  replacement and more.

In addition, the auditors will try to find out if the building is also eligible  for other incentive programs such as Cool Smart (which offers rebates on  energy-efficient air conditioning equipment) and GasNetworks efficiency  programs for gas-powered equipment.

Kurt Shillington, operations manager for Princeton Corporate Centre in Dracut,  Massachusetts, used the National Grid version of the state multifamily program  (which the utility previously called EnergyWise) to save energy at Princeton  Reserve, a seven-building, 168-apartment complex, as well as to promote energy  awareness. Typically, he says, “The utility companies will perform the audits at no cost, but they will be  limited to the fuel source provided by the utility.” In other words, an electric utility won’t address problems with gas equipment. “Private companies will perform complete audits at a cost,” he notes.

There is no cost to the building or the development for NSTAR or National Grid  energy audits. If customers don’t want to implement the measures right away, the recommendations are stored in  the utility’s database, and the customers can implement them at a later date if they choose  to do so. Both utilities have contracts with trained specialists to perform the  audits, according to both Zorich of National Grid and Dick Moran of NSTAR.

Are there standardized procedures for energy auditing, or does each auditor  formulate his or her process? Auditors for the state’s multifamily energy audit process basically follow the same procedure. To  minimize disruption for residents, one of each type of apartment unit is  evaluated, as well as common areas.

By looking at only one unit of each type, according to Zorich and Moran,  disruption to residents’ lives is minimized. Furthermore, there is no disruption of overall building  services.

What is evaluated during the important first visit? Lighting, thermostats and  domestic hot water are examined, as well as the building shell, to see whether  it would be a good candidate for weatherization. In the case of National Grid, “The data collected is then entered into National Grid’s screening tool/database to calculate cost effectiveness,” Zorich says.

If a building is a candidate for weatherization, a second visit is scheduled  with a weatherization contractor, as well as an electrician if lighting  retrofits will take place. Combustion safety testing is also conducted. All  proposed measures are sent to National Grid or NSTAR for approval, according to  Zorich and Moran. In Shillington’s case, for example, the auditor recommended “lighting upgrades, heating controls and outside resets, insulation and air  sealing, heating and hot water system upgrades.”

By the way, there is no standard time that an average multifamily energy audit  takes—depending on the size and style of the building, it can vary anywhere from an  hour to a full day.

And, the utility spokesmen say, managers typically won’t have to deal with different audits for different building systems, such as  water/plumbing, lighting, heating, and so on: “The energy specialist will evaluate the building for all measures offered  through the program, although other services may be provided by other  contractors, such as HVAC replacement opportunities, motors and drives, etc.”

What happens after the audit? The energy specialist will typically recommend all  eligible measures that are available, such as lighting upgrades, thermostats,  insulation, air sealing, domestic hot water and refrigerator replacement.

Savings as a result of energy-efficient improvements vary according to what type  of work is done at a development or building, but, as an example, Shillington  says that at Princeton Reserve, “the areas we have addressed are the low-hanging fruit [areas with the best  return on investment]: lighting upgrades, water conservation, heating controls,  and attic insulation. We typically want an ROI of three years or less to  implement an improvement. The savings realized are 10 to 20 percent, depending  on the measures we have taken.”

So far, this seems fairly simple. But in a condo or a co-op, decisions aren’t just made by one person—the board, the management and the unit owners all have their say. So when an  energy specialist decides on his or her recommendations, he or she will review  all the measures being proposed with the board and/or management. The  specialists will also prepare sign-up sheets for individual unit owners to  select more local measures that would be installed in their own units.

National Grid provided several case studies in addition to Shillington’s development. For example, the seven-building Carlton Gardens condominium  complex in Westborough, Massachusetts, underwent a free onsite audit from the  utility, then replaced old inefficient refrigerators, identified and sealed air  leaks, and installed programmable thermostats and energy-efficient lighting in  both the units and the common areas. Of the $69,300 project cost, National Grid  incentives paid for $65,507, and the complex saved 136,601 kWh per year.

The 156-unit Rosecliff Apartment complex in Quincy, Massachusetts, also had an  onside energy audit. National Grid provided incentives for air sealing and  insulation, hot water conservation measures, and energy-efficient lighting in  both the units and the common areas. Of the project cost of $105,713, according  to the utility, National Grid incentives paid for $104,972. This resulted in  savings of 89,200 kWh per year, and 12,855 therms per year.

Any property manager or condo association interested in a no-cost, no-obligation  energy assessment from either National Grid or NSTAR can call 1-(800) 594-7277.  The contact must be made by the manager or association—not the individual unit owner.

As mentioned earlier, the Portfolio Manager benchmarking program is available  for a wide variety of market sectors—including multi-family residential—through the EPA’s Energy Star Program. This is the same Energy Star program that rates consumer  appliances, such as refrigerators or air conditioners, for energy efficiency.

“Portfolio Manager was introduced in 2004, but Energy Star dates back to the  early 1990s,” says Linda Darveau of the EPA’s Region 1 (New England). “Anyone can apply for it on the Energy Star website.”

Portfolio Manager is basically a computer program, and the EPA has a worksheet  to help users in more than 10 types of buildings set up Portfolio Manager  accounts. For multifamily buildings, managers or board members need to provide  the gross floor area as well as several optional values, such as the number of  units, number of bedrooms, number of floors, number of laundry hookups and  more. Among the other required data are the year the building was built, and 12  consecutive months of utility bills for all fuel types used in the buildings.

Once Portfolio Manager is installed, Darveau says, the user enters monthly  utility bill data, and the program allows him to track energy use month to  month or year to year. If a development has several buildings, or a manager  handles several different developments, then he or she can also compare the  different buildings with each other. “With some types of buildings, you can also compare yours against the national  standard,” she says, but this type of standard isn’t available for multifamily residential.

So far, however, Portfolio Manager use has overwhelmingly been in the  commercial, industrial and institutional sectors—not residential, although multifamily use has been steadily growing. An article  in the March 2011 issue of Multifamily Executive, “Benchmark Boom” by Chris Wood, quotes Michael Miller, president of American Utility Management  in Oak Brook, Illinois, as saying “Portfolio Manager was really designed with commercial base-points which  obviously don’t work well with multifamily.”

Also, the article says, multifamily developments can’t use data from the program to receive Energy Star ratings, like buildings in  other sectors do, because there still aren’t enough multi-family buildings using the program to establish “meaningful baseline data.”

Darveau acknowledges that the program was basically designed with the commercial  sector in mind, but added that a modified, more multifamily-friendly version of  the program is now being tried as a pilot program in 10 cities across the  country.

At the present time, energy audits (or assessments) are much more common for  condos, co-ops and other multifamily buildings. No matter what type of  improvements an association is considering—from compact fluorescent lighting to upgraded insulation to more efficient  refrigerators—the way to get the real lowdown on what your buildings need is through an  assessment from a qualified specialist.

Raanan Geberer is a New York-based freelance writer and a frequent contributor  to New England Condominium. 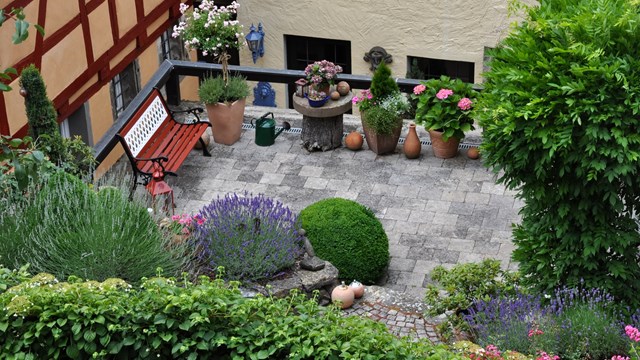 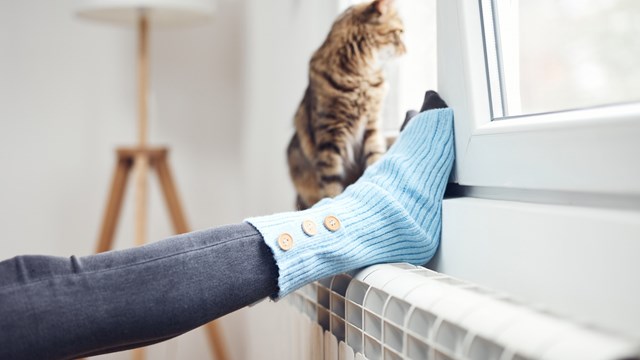