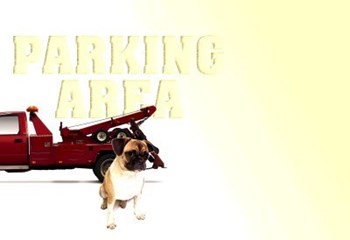 It's a fact: Americans love their cars. American cars, just like American pets, are often cast as pampered members of the family, ensconced in attached garages that adjoin the living space set aside for humans.

Americans often feel that everyone is entitled to a vehicle—and, in fact, vehicles are outnumbering drivers. Statistics from the Federal Highway Administration indicate that in the past 25 or 30 years, the number of motor vehicle registrations has outpaced the number of licensed drivers.

Given those statistics, it's noteworthy that in the majority of condominium communities, residents are restricted to one or two designated or deeded parking spaces per unit, with a sprinkling of spaces for visitors tucked into far-flung corners of the common property. Even more noteworthy is that a community with that type of parking arrangement is a best-case scenario, usually making its appearance in suburban and rural areas where projects were constructed on spacious tracts of land. For big-city condominium owners, parking is even more of a challenge because city ordinances often dictate street parking. For the lucky residents in larger or newer urban buildings, garage slots may be deeded along with a unit, or—in a less attractive and more expensive option—available for sale as a separate "parking space" condominium.

What Causes the Problem?

It may be tempting to blame developers and builders for the lack of vehicle space. It certainly costs less for them to construct roadways and parking at bare minimum sizes. But, to be fair, the situation may not be entirely the fault of the developer, notes Sean Jordan, property manager at Beech Management in Newton, Massachusetts. "Even in new developments, if zoning or local regulations specify one or two parking spaces per unit, the builder will meet that standard," he says.

As a result of the scarcity, the ensuing parking infractions may seem pervasive to property managers, says Jordan, since "we're the first in line for the complaints." But Jordan points out that every community is different and, therefore, can usually be counted on to take a unique approach to how it deals with parking problems. That individualized approach even makes itself felt in the community's deeds or condominium rules and regulations, commonly called CR&Rs, which spell out parking privileges for unit owners. The documents can vary considerably from one condominium to another.

To solve the problem of limited parking space, suburban communities—which have more space and, therefore, more flexibility than their city cousins—might consider repurposing outdoor common areas into parking. Given that it seems to be an easy solution, it's somewhat surprising that the approach has not proved more popular. Jordan feels that the process required to make the conversion might be the culprit: "First, you might need an environmental assessment," Jordan states. The results of the assessment might preclude the creation of more paved surfaces because of state or local regulations concerning wetlands protection and stormwater management.

Also problematic is that while residents may ask for more parking, they are not likely to want to change the landscape to get it. Losing green space to pavement is never a popular concept. "You have to be careful of changing the structure, which is why they bought the condo there in the first place," says Jordan. But even a less invasive approach to solving a parking problem, such as changing CR&Rs to tighten parking regulations, can also ruffle some residents, particularly if it changes the tone of the community the owners originally bought into.

Bring in the Tow Trucks

Stephen DiNocco, Principal with Affinity Realty & Property Management in Boston, agrees that owners are often reluctant to install more asphalt. Most owners, he notes, "don't want an asphalt jungle. People say, 'We don't want to ruin the atmosphere' with more parked cars." One of his better experiences with increasing parking availability was made possible when additional parking was included in an overall plan at a suburban property that included drainage improvements and other landscaping upgrades. But, he notes, those opportunities are rare.

Disputes over parking, DiNocco adds, may crop up because "a lot of condo docs are mute on the subject of parking." And without specific rules in hand to govern parking, a community has no guidelines to resolve a conflict.

When his firm tries to help associations that are grappling with parking complaints, he reports, "We sit down with the board, and start with the community's limitations. Then we set up regulations." The new regulations implement not only a policy of permits for residents and guests, but also an added penalty of random towing to deal with infractions. "There's no other way," he adds. The penalty may sound harsh, but "It's hard to enforce these procedures without towing," he insists. With a predictable penalty in place for transgressors, says DiNocco, "the problems stop."

Also critical to solving parking problems, he adds, is clear communication. And that effort isn't limited to updating docs. It's also an issue in the locations where residents and visitors park. "You must have signs posted," says DiNocco, to communicate any regulations concerning deeded spaces, permits, and towing.

Yet another source of parking contention in condominiums stems from the ban some communities place on commercial vehicles. That problem has its roots in the fact that the community may not have clearly defined what the word commercial means, says DiNocco. After all, he notes, "any vehicle can have a commercial registration plate."

Confusion can arise from any number of situations. Consider a condo resident who runs a delivery service with his Honda Civic. Is the Civic a commercial vehicle? What about the plumber who drives a van—which may or may not display lettering? Or how about owners who drive pickup trucks, which in many areas have replaced dad's Oldsmobile as the vehicle of choice? If a community wants to prohibit certain vehicles, the board should identify its real objection. In many cases, the problem may just come down to size. "Commercial vehicles over a certain weight may serve as a better definition," advises DiNocco.

Problems for residents, whether it's parking or any other regulation, arise, says DiNocco, because owners "don't understand what they bought into."

Jordan agrees that some residents just have to be reminded that condominiums are not individual homes and that condo owners have to be accommodating to their neighbors and willing to live by the rules. "You knew what you were getting into when you bought the condo," he says. "The association wants to be accommodating [to each resident] but it's not a one-way street. Everyone has to compromise."

In some communities, he notes, residents do make an effort to help each other, but he adds, "It comes down to what the residents want and balancing the needs of the entire community against the demands of the most vocal complainers."

When Rules Are Set, Communication Is Key

Cynthia Ecker, vice president of Alpine Property Management of Concord, Massachusetts, is sympathetic to the human component of parking problems. "It can be a very emotional issue," she says, "when you get home from work at midnight and someone is parked in your space." The problem, she points out, is that "when these condos were built, 20 or 30 years ago, each unit only had one car. As a result, these older communities are now facing problems."

Among the properties she's managed, she says, "Some have deeded parking—which is really clear-cut—and some have assigned spaces, and some are first-come, first-served. There are also associations that allocate parking spaces according to number of bedrooms."

"Some communities charge [a fee] for extra parking spaces," she continues. The revenue might go toward finding further parking solutions.

But, she notes, "Even at units with garages, people end up parking in visitor spaces" because the garage space often fills up with the overflow of personal possessions that many condo owners can't squeeze into their units.

Ecker has devised a sticker system to manage parking problems. "In communities with strict parking policies, residents as well as visitors are responsible for displaying a proper sticker. A tow company cruises through at night and tows away any vehicles that are parked illegally."

If special circumstances arise for a resident, such as medical needs or a disability, parking privileges may be rearranged, but every community handles the situation differently, she states. "Typically, the board may require proof of a medical need [before] they'll assign a special parking space, or signage."

But even in the same community, procedures can change with board members. "At one community," she relates, "a resident with a disability was finally allowed to install an outdoor rail when the association's board members changed. The previous board had only allowed the resident to build the rail inside his garage."

If opportunities arise to add more parking, sometimes associations get creative. "One community had a tennis court that had been neglected," Ecker says, "so they took down the fence and it became overflow parking." In another case, a condo board tried to lease some parking spots from an abutting commercial property. Negotiating with an abutter or acquiring more land for parking is sometimes an option, she notes, "But it's a major capital improvement" and involves changing the deeds and garnering approval from all the owners.

Ecker contends that strict policies, such as requiring stickers for every vehicle that is parked on the property, may offer the most equitable solutions—as long as all owners are informed about the details of those policies. To make sure that every unit owner is up to date, Ecker's company "publishes newsletters for all our communities, and we regularly outline parking regulations."

To keep complaints at bay, she says, "Education really is key."