Do not show again [X]
By Darcey Gerstein   2019 December Security 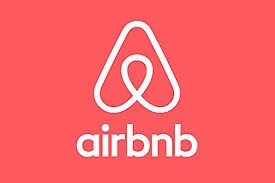 Since their insurgence over the last dozen years, Airbnb, Homeaway/VRBO and other home-sharing sites using a similar model have provided travelers all across the globe with alternative – often more affordable – accommodation to hotels, motels, inns, and B&Bs. The home-sharing model certainly has been an economic boon to budget-seeking travelers, locales with weak tourism, and property owners who use the services as an income stream. In many cases, however—particularly in larger cities in the US — renting out one’s home on a short-term basis (typically anything less than 30 days) is actually illegal.

In cities like New York, laws precluding these types of transactions have been on the books for years; other cities have recently passed or are in the process of passing laws that are essentially reactions to the deleterious effects of home-sharing on city budgets, community character, gentrification, housing scarcity, and residential safety. The issue has been the subject of pitched debate in Boston as well. As of this last summer, legal battles continued after a judge allowed Boston to impose a $300-per-night fine on Airbnb and other online platforms for listings that failed to comply with the city’s rules. The appeals process is ongoing, and tensions are high on all sides of the table.

Like with many of the titans of the so-called ‘share economy’—ride-sharing services like Uber and Lyft; office-shares like WeWork—the practical application of home-sharing has shifted from a literal ‘share’ to something  less personal, and more transactional. Just as the car-share model has morphed from hitching a ride with a fellow commuter to basically hailing a private livery service, the typical home-share is not of the ‘stay in my spare bedroom for a week’ variety.

To cite one big example, according to Inside Airbnb, an independent, non-commercial set of tools and data intended to show how Airbnb is really being used in cities around the world, 51.8% of New York City’s approximately 50,000 Airbnb listings are for an entire home or apartment—and 34.1% are hosts with multiple listings (which can be multiple rooms in one home or apartment, or multiple entire apartments). These data points indicate that a majority of hosts in New York, which is Airbnb’s largest domestic market, are not in occupancy when renting their rooms or apartments—which puts them in violation of both city and state law, and most likely the host’s own proprietary lease or condo declaration.

Indeed, most co-ops forbid subletting altogether; others impose restrictions on how long a shareholder can sublet, or set durations for shareholder occupancy before the unit can be sublet, or both. Even where subletting is permitted, the bylaws dictate lease and renewal terms—usually one year at minimum—and require that all occupants be interviewed by a screening committee and approved by the board of directors.