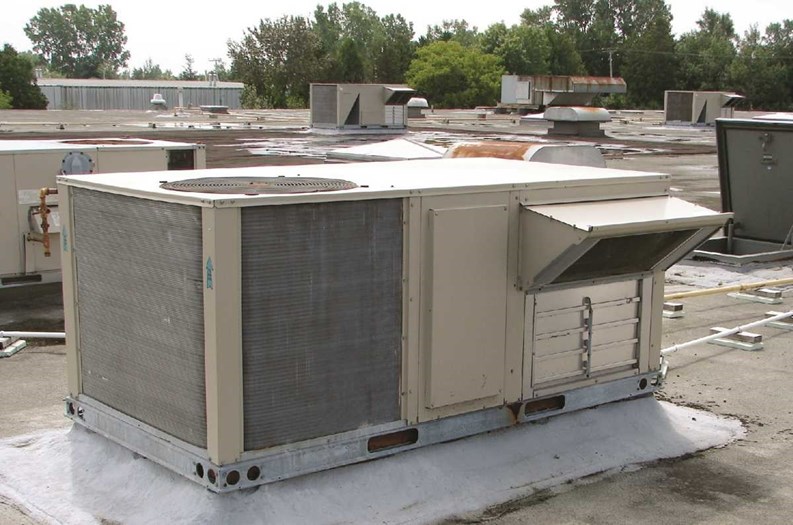 It’s not unusual today to find an array of amenities —pools, hot tubs, decks and similar areas for socializing — on top of new urban condominium buildings. Older residences may or may not have such facilities, but even without the steady use by owners, their roofs are likely to sprout weak spots where the materials have rotted and can’t support foot traffic. In any of these scenarios, failure to take precautions or make repairs can result in death, injury and lawsuits.

“Out of sight, out of mind” may turn to “in your face” if a casual attitude is taken toward roof maintenance. And there’s more than the obvious reason—safety—to consider.

Sure, the board of trustees is wary of costly roof maintenance. Some members may balk at inspection fees and routine repairs, preferring to think that what’s in front of their eyes is far more important than the roof 17 floors above. But ponder this: the weather on top may be frightful, even when it’s nice below.

Neglecting simple, routine checkups could result in a far more expensive outcome than any funds that are saved by ignoring such inspections. Industry professionals say that failing to do inspections and keep up repairs is a costly—not to mention risky—business.

Ignoring roof maintenance is anathema to Chris Knollmeyer, president of Greylock Roofing Corp. and Knollmeyer Building Corp., of Woburn, Massachusetts. In too many cases, if the roof area isn’t a screaming need, no one thinks about the future. “People don’t pay enough attention,” he said. “But you may have a combination of rooftop air conditioning, and contract maintenance workers as damage factors, or clogged drains, downspouts and gutters that are not cleaned regularly. Any combination of those things makes most roofs deteriorate at a faster rate. No matter how good a roof it is, you still have to maintain it or it will deteriorate faster.”

Over the last 21 years, Knollmeyer has seen neglect too often. “Every day, I go up on a roof, and I can shake my head and go, ‘Nobody’s paying any attention.’ We’re doing a project now with masonry chimneys and parapets that are about to fall off the roof … they’ve had no maintenance. The roof is a huge investment for most condominiums, so the fact that they don’t take care of it, is a shame.”

Ralph Noblin, of Noblin & Associates Consulting Engineers in Bridgewater, Massachusetts, is an engineer who speaks around New England on construction safety issues involved with older condominiums.

With 35 years of experience in the field, Noblin calls the wind pariah—especially in Boston. “People forget that a piece of metal on the corner in a stiff wind could be blowing around the streets of Boston,” he said. Lack of attention to roof maintenance, especially the loose ends, is a threat to safety, as well as roof condition. “Even a lawn chair can go flying,” Noblin said, “or a door that’s not closed securely. The wind catches it, and it’s ripped off the hinges.” Boston, he says, is particularly tricky. “It’s actually ‘the windy city,’ not Chicago—and that has to be addressed.” Urban condominium managers and boards should understand that the weather on top may be significantly different than on the street.

Noblin’s crew tries to look past immediate roof spaces—also examining adjacent fixtures, materials, and the potential for wear and tear. They then determine what needs to be done to keep up the area in the years following an installation. The potential for disaster is always there, Noblin says, and managers must attend to that reality. “Boston ordinances mandate that any buildings over 70 feet have to be inspected for safety by a registered engineer or registered architect every five years.”

The older the building, the more it threatens safety. “In Somerville, a section of wall just fell down; there’s potential for that happening in a lot of buildings in big cities, particularly where the buildings were built 100 years ago and such, and are rundown,” Noblin said. “The intent (of regular inspections) is to make sure that everything is secure on the outside surfaces of a building. For example, Boston’s Back Bay brownstones have slate roofing. Slate’s great, but the fasteners don’t last as long as the slate, so a nice piece literally falls off the roof because the nails have corroded.” A simple inspection would have revealed problems, he says.

Firms such as Noblin’s evaluate the exterior surfaces of a building from window to rooftop. Their game plan for repairs extends from year to year, addressing the most serious risks first and spreading out expenses for owners. “The roof is kind of ‘out of sight, out of mind’ unless people get up there regularly, such as when there are rooftop patios. We have to inspect them regularly. Sometimes, a worker will be up there fixing something that’s built on top of the building, and he has to remove parts. Maybe he gets interrupted, and leaves a piece unscrewed, lying around, and it lies there as a potential missile. So you have to inspect them periodically.”

Recreational use is yet another rooftop challenge.

“Rooftop gardens are pretty popular in Boston,” Noblin said. “They’re crazy popular in New York City—you’ll see 20-foot tall trees, raised beds filled with mulch. A lot of these roofs are not built to carry these loads. Like a hot tub for ten people—you have to be careful how much weight you put on the roof.”

Also be aware of the clogging nature of mulch and dirt, Noblin says. “One guy had elaborate plantings on a rooftop patio and a rainstorm washed out the mulch. Water built up and caused water damage around the unit with the patio.” Noblin likes to see safeguards installed to keep drains up there from getting clogged and causing water to enter the building. “You’ve got to guard against it,” he said.

Some environmental uses have the potential to do harm. “Green roofs, where gardens are put on the roof to help control surges in water, cut down temperature of the roof … that can be a problem, if they’re not done properly.” (The “heat island effect” is very pronounced in Boston, where temperatures rise on a summer night, after a sweltering day, because of all the dark surfaces and black rooftops). “Boston is slow to cool down,” Noblin said. “Chicago has led the way with a solution, using white roofs to try to cut down on that effect.”

Punctures are another issue. Older roofing was flat, with tar and asphalt layered on top, mixed with stone. It worked fairly well. But today’s roof is constructed of sheet membrane materials, mostly black rubber. “It’s a nice system, and it keeps water out, but it’s more fragile to punctures than the old tar and gravel,” Noblin said. “So when you get up on an urban roof, and you’re looking at mechanical equipment—skylights, decks, hot tubs—you worry about puncture problems.” Extra rubber layering around certain areas helps.

At One Charles Boston, a nine-year-old, 236-unit luxury condominium building, inspections are critical safety and maintenance tools, says Brian Buhler, general manager there for the Dartmouth Group in Bedford, Massachusetts.

To avoid property losses and liability issues, maintenance is critical. As manager liaison with the board, Buhler advises not skimping on roof inspections. At One Charles, such oversights are unlikely to occur. Vigilance is primary. “Our roof, a membrane, is under Firestone’s warranty,” said Buhler. “So we advise them (the board) to budget for repairs that wouldn’t be covered under the warranty.” Expenses will increase as the building ages— but not to the degree a new roof would entail. Residents of these $1 million-plus units absorb the costs proportionately, he says.

The roof at One Charles contains numerous roof anchors for window washers. “By code, they’re inspected periodically, and we have to have a pull test, so they don’t just lift off the roof.”

Each of 60 to 75 clips is tested for functionality and must be replaced if faulty, Buhler said. Inspections and tests may cost several hundred dollars to a few thousand dollars, depending on the size and structure of the building roof. A large roof will have multiple services and roof levels, requiring routine repairs and inspections.

Anything can happen, from loose flashing on the edge to leaks and blowing furniture.

“We’ve already had that happen at our place,” Buhler said. “A large windstorm picked up a lawn chair and launched it through a skylight, causing $1,500 damage. On a rooftop 170 feet above ground level, a 60 mile-per-hour wind will take anything. And there’s always at least a 20 mph wind up there. We do get wind in Boston.”

Safety codes address many possibilities for calamity. Ignoring the codes is hazardous to more than the budget, Noblin says. It’s a life-and-death responsibility.

“If you have mechanical equipment within 20 feet from the edge of the roof, it has to be contained within a fenced-in enclosure,” Noblin said. “During the 1980s, working with Goodyear’s roofing division, I must have looked at half of the roofs in New York. I was up on a roof where a worker had fallen to his death the day before. He tripped (on equipment lying on the roof) and fell. Someone fell through a roof on a project two or three years ago—during the course of work, someone fell through a rotted roof deck.” Rot is caused by deterioration from neglected drainage issues.

“Frankly, there are a lot of roofs out there that have been leaking for a long time,” Noblin said. “Generally, the owners are aware of it, but—maybe due to lack of money or lack of being proactive, whatever—it hasn’t been taken care of. It’s possible somebody could fall through. Every year, a college student in Boston or somewhere else is involved in an accident involving a rooftop. The average person should not be up on a flat roof for anything.”

That said, he realizes people will continue to be up there, whether to socialize on a nice evening or to view a parade or marathon. “I see the attraction, but I also see the potential for death,” Noblin said. “You’re weighing how pretty it is versus how safe it is.” Even rudimentary fixtures, like railings, need to be built to withstand weight. “If you get a couple of rugby players up there weighing a couple hundred pounds, it doesn’t help,” he said. “You need railings that can withstand more weight.”

Neglect will subject property owners and managers to a lawsuit. “We live in a litigious society,” Noblin said. “If there are unsafe conditions, and someone gets hurt, I could absolutely see a lawsuit developing where the negligence was egregious.” 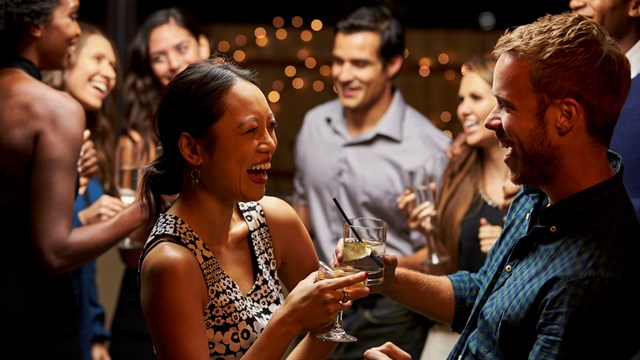