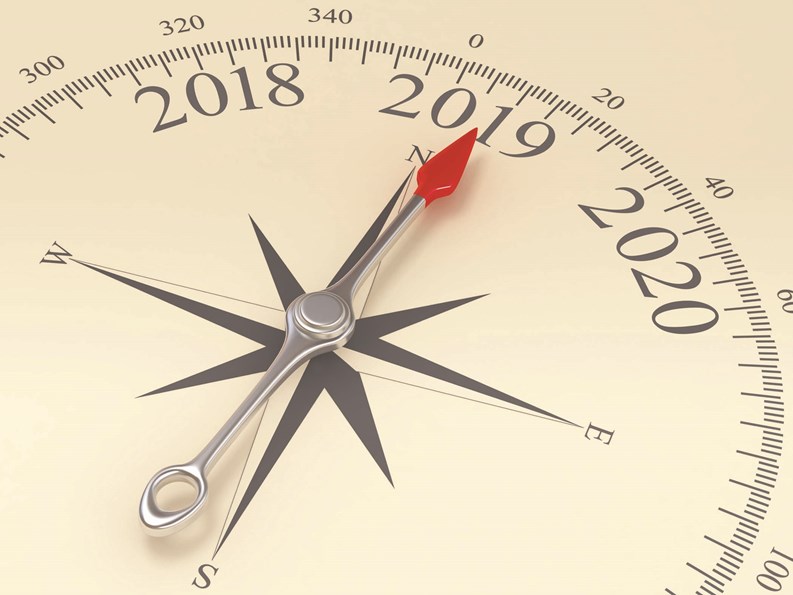 2018 – and the first half of 2019 – have been anything but dull, from the global level all the way down to co-op, condo and community association communities. While it’s somewhat beyond New England Condominium’s scope to opine on geopolitical currents or the latest round of congressional testimony, we reached out to an array of real estate and legal professionals across several different markets to discuss how the events of 2018 spilled into 2019, as well as what they think the second half of 2019 may bring to the multifamily housing industry.

“I think that there will be litigation over short-term rentals. Condominiums have been attempting to limit the presence of rental services such as Airbnb in their associations. The proliferation of such services and the frequency of association efforts to prevent it is likely to lead to disputes. It is impossible to frame a specific issue, because the approaches taken by boards to address the problem—as well as the language of the amendments adopted as a result -- vary from association to association. But I think that the industry should expect that challenges are on the horizon.”

“Over the past few years, the New York City Council and New York State Legislature have been attempting to restrict co-op board action via legislation, stemming from arguments about transparency, and that boards should be mandated to provide reasons for all their decisions. I think that would effectively reduce the impact of the Business Judgment Rule. They’ve also discussed term limits and other related matters. And while I recognize that there were a handful of bad instances which triggered the concern, in my mind effecting legislation of this nature could undermine the ability of a board to effectively function. In particular, it would make it increasingly difficult to get people willing to serve on the board out of fear of exposure to liability, and out of fear of second-guessing good faith decisions that these people —who are essentially volunteers—make.

“What overregulation can do is foster a landlord/tenant mentality between board members and shareholders, which co-ops were originally formed to try and overcome. I’m not claiming that’s the intended goal, but it may be an unintended consequence. Sometimes the failure of those with legislative powers to understand how good co-op boards work, and then establishing rules that are focused on the small percentage of boards that are problematic inhibits the activities of all those good boards.

“The other issue I see having increased relevancy is reverse mortgages for co-op shares, which have been largely unavailable despite proposed legislation kicking around for awhile. I’m not sure exactly what the goal of that proposed legislation was, but the issue itself I think is an important one. The value of reverse mortgages—particularly as more and more co-ops have long-time residents whose economics are unequal to the current value of their apartments -- comes through retaining a diversity of economic status among co-op membership; they enable older shareholders to tap into the equity of their apartments in order to continue living there, without being forced to sell. It’s about allowing people to stay in their homes, and not accelerating the diminution of different economic points of view.”

Reginald D. Cloyd III, an attorney with with Tressler LLP in Chicago

“A super hot topic right now is the amount that can be collected from a third-party purchaser at a judicial sale after a foreclosure judgment. Section 9(g)(4) of the Illinois Condominium Property Act provides that an association can collect up to six months of assessments that came due prior to the initiation of a collection action against the prior owner and which remain outstanding. Section 9(g)(5) provides that attorneys’ fees and costs incurred by the association to collect from the prior owner can also be collected. However, various appellate courts have held that no attorney’s fees and costs (associated with the prior owner) can be collected from a third-party purchaser, reasoning that Section 9(g)(5) is merely a ‘notice’ provision, and does not actually give the association the ability to demand these amounts. This doesn’t really make sense to me. Why have a notice provision if it can’t actually be enforced? Surely this issue will be further litigated in the near future, and the Illinois state Supreme Court will have to provide some clarity.”

“The New Jersey Department of Community Affairs (DCA) is working on administrative regulations that will have a long-term and far-reaching effect on community associations in the state. The department plans to revamp regulations governing the relationship between developers and associations by (among other things) defining more clearly the developer’s financial obligations during the development period. The current regulation obligating developers to contribute to the expenses of an association in proportion to the ‘benefits derived’ from those expenses is expected to be replaced by a more objective and enforceable formula, as well as a mandate that the developer funding be ongoing during the project.

“In addition, the DCA is working on regulations to implement the Radburn Act, which contains requirements relating to the election of association governing boards and bylaw amendments.

“2019 should be a busy year as both developers and associations come to grips with the new regulations.”

“Here are a few things that we’ve been working on for co-op and condo clients, as well as individuals in those residences, that may resonate going forward:

• Sale of development rights: I have one client who is selling, another who thinks the developer did something sneaky, and my own co-op is being approached to sell its developments.

• Smoke-free buildings: policy statements required earlier this year have inspired some associations to review the issue.

• Amenities: new construction buildings have it all, and co-ops and condos play catch up.

• Election challenges: Related to the former. I had two cases of ballot-stuffing this year, which is more than ever before.”

“The condo market has been robust over the past few years, with several new developer projects coming online in the Boston area. We should see more of this as  2019 plays out, and we’re anticipating continued demand. Many demographics are enjoying condo living, and desire that lifestyle both in urban areas and in some of the suburbs just outside the major city. People want properties close to public transit, or in walking distance of major destinations.

“In terms of amenities, I think you’re seeing some innovation, but people still look for nice common areas, i.e., a library or club room to hold events and larger gatherings. Or outdoor spaces, roof decks, patios equipped with grilling or cooking equipment. We’re also seeing gyms that are outfitted with some sort of web-connected tech, like Peloton-type equipment.”

“The market is cooling off from the white-hot pace we’ve seen over the past couple of years. While it’s true that more seven-figure homes are being sold than ever before, the reality is that there are too many of this type of home relative to the amount of buyers out there willing to spend that kind of money right now.

“Much of the recent explosive growth has been due to a combination of abundant new construction opportunities (which inherently push price points up in the neighborhoods in which they’re built) and lack of typical resale homes on the market. Now you have tariffs driving up the cost of building, interest rates increasing, and local land values rising astronomically, all combining into a perfect storm.

“So what does this mean for Chicago? I think that it’s going to be a very busy winter and, with the coming rate increases by the Federal Reserve, you’ll see a good chunk of buyers who’d been waiting on the sidelines get off the fence and lock in the best rate they’re likely to see in their lifetimes.

“The absolute smartest move to be made for a primary residence owner is to get out now for the most they can get someone to pay, and go lock in an incredible rate on a long-term purchase. They’ll see their small loss be made up for many times over during the course of their tenancy in that new property.”

Tim Knipper, a real estate broker with Compass in Chicago

“Honestly, I think the spring market is going to pick up rapidly. It’s been quite slow since last June, and buyers just don’t seem to have any urgency, but it looks like there is going to be an influx of new condos on the market. I know that, since it has been slow, sellers are waiting and/or taking their places off the market because they feel they will be able to get a higher price in the spring, rather than now. And, now that the midterm elections have transpired, we’ll be able to see what affect any stock market volatility has on interest rates.”

“Currently, any property with elevators must install a door lock monitoring system. If an elevator does not have one currently, properties are mandated by the city to install them by December of 2019. This project is costing properties about $19,000 per elevator, which is a big hit.

“In some of my older buildings with old elevators, as they have to upgrade those elevators anyway, we’re fast-tracking the elevator upgrade projects, as the new elevators already come with the required door lock monitoring systems.”

“Much-discussed issues like marijuana legalization, drone use, short-term rentals, and emotional support animals are increasingly encroaching into condominium life. From a management standpoint, we try to keep up as best we can with evolving laws, as trustees are volunteers who aren’t necessarily prepared to keep abreast of all of the data and info that pertains to community associations. It’s our job to educate them, which can be difficult. But we try to hook them up with the proper counsel that can really drill down into an issue and explain to a board where its responsibilities lie.

“More broadly, the industry is becoming increasingly difficult to navigate in terms of residents expecting information from management immediately as it’s requested. With the internet, everyone expects a rapid turnaround for their emails, which make for around 90 percent of the inquiries we receive. It’s a challenge, as traffic can become overwhelming.

“But let’s face it: we’re managing what’s most likely these residents’ most valuable asset. So their expectations are extremely high. But when a landscaper asks for a 5 percent increase in their fee, the board can look to a tangible result around the property. This is less-so for a management company, as much of what we do is administrative and financial in nature. Owners can’t always immediately see the value we provide. Some do! But many don’t. Yet without an increase in resources, we can’t sustain the demand for increased responsiveness. We try to add value wherever we can, but it’s hard for us to stay proactive, rather than just try and reactively stay above water.” 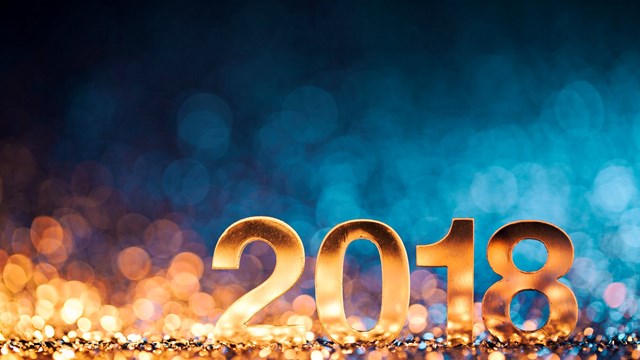 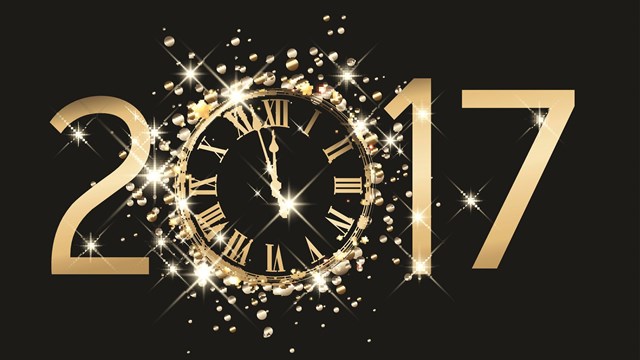