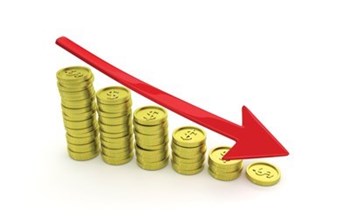 In the property management industry, benchmarking ordinances are now being used to measure a building’s energy usage and compare it to other similar buildings. Why? Because statistics show that buildings account for about two-thirds of total community greenhouse gas production.

Governments are looking to reduce greenhouse gas emissions, which trap heat in the atmosphere. Last year, the Boston City Council approved a benchmarking ordinance requiring larger commercial and residential buildings to report annual energy and water usage to the city, which in turn will make this information available to the public.

This effort began with recommendations made in 2010 by then-Boston Mayor Tom Menino's Climate Action Leadership Committee. By analyzing a building’s energy usage and comparing it to other buildings, a plan can be put into action to make energy-efficient improvements and, as a result, achieve the reduction in greenhouse gas emissions.

“Benchmarking is the first step toward meaningful reductions and we envision the same progression we've seen in New York City in Boston,” says Dan Teague, director of business development at WegoWise, a Boston company that created a software program designed to help buildings compile their benchmarking data.

In New York City, in 2006, PlaNYC 2030 became one of the most comprehensive urban planning directives in the nation. It included 10 goals over the next 25 years, including reducing global warming emissions by more than 30 percent.

“In New York City, where the benchmarking law is mature, condo owners and managers are taking the next step beyond just benchmarking and committing to reductions,” says Teague. “A great example of this is the New York CIty Multifamily Carbon Challenge, which has some of the largest condo management firms committing to 30% GHG consumption in 10 years. Benchmarking is the backbone of that program and provides the owners and managers with the data to help make smart decisions and target efficiency investments to the right buildings. We look forward to owners becoming comfortable with and seeing the benefits. It will give them the data they need to take the next step and implement smart, data-driven energy efficiency measures.”

Not Everyone is On Board

But not everyone thinks that a government-imposed benchmarking ordinance is a good idea.

“In general, it’s an owner’s snapshot of their building,” says Gregory Vasil, CEO of the Greater Boston Real Estate Board. “It shows how much water and power they are using and whatever else they use to operate the building, such as natural gas, water and steam. We, as an organization, are supportive of our owners using benchmarking techniques on their building. It gives a feel of what their building is doing and how they might be able to save money. Except the difference is in Boston, the government is coming in to tell you what to do.”

Buildings need to report their energy and water use through Energy Star Portfolio Manager, a free web-based tool developed by the federal Environmental Protection Agency that allows building owners to track their energy and water efficiency and electronically submit a report directly to the city. Vasil explains that the Portfolio Manager, which is typically used by big commercial high-rise buildings, is not typically used in the residential or condo industry. “Benchmarking is a good thing, but owners should be able to do it the way they want to do it in their own building,” he says.

In addition, scores are going to differ based on the tenants who live there. “We’ve had commercial building owners with data centers in the building and then the tenant moves out and the building profile changes. It’s the same on the residential side. For example, in a 25-unit building a couple moves in and they have very active jobs, so they use practically no utilities compared to an elderly person who lives there all the time.”

Andrew Calise, LEED AP BD+C, energy efficiency group manager of the Nova Consulting Group, Inc. in Portland, Maine, says that other things need to be considered, too. “A mid-rise building should be benchmarked against a mid-rise building and master-metered against master-metered. There should also be normalization for weather and heating degrees. For example, a building in San Diego versus a building in Boston.

“How do you expect buildings to be required to make these changes when they have to plan in advance?” he asks.

Unfortunately there aren’t any state incentives for making these changes or upgrades either. “We have an owner who has some property in Austin, Texas,” says Vasil. “The local utility there is able to reward us, but here we get nothing. The large downtown office towers can easily swallow increased costs. The problem is going to be the Class B and C buildings.”

Another problem is whether or not the numbers are ‘real.’ For example, Vasil says that if a tenant doesn’t give an owner their actual utility usage, the building is permitted to use a provided number. “A fake number?” he questions. “Then how real is the score?”

Best Way to Reach the Goal?

Even though there is agreement that something needs to be done to reduce greenhouse emissions and protect the environment, the jury—or better yet, the property management industry—is still divided as to whether benchmarking is the ideal technique to achieve this goal.

“It hasn’t been made clear to us that there hasn’t been a clear value to this,” says Vasil. “If Boston is trying to save the planet and other people aren’t doing so, it doesn’t make a lot of sense.”

Even still, since last year, benchmarking laws have been adopted in cities and counties across the country, including Philadelphia, Chicago, and Montgomery County, Maryland, to name a few. “We expect Cambridge, MA and Vermont to implement laws in the coming year,” says Teague. “In a few years we expect benchmarking will be a regular part of doing business for multifamily owners in New England and we think that is a very good thing.”

On May 14, Mayor Marty Walsh signed an amendment to extend the 2014 reporting deadline to September 15, 2015, providing additional flexibility for implementation in the first year. “If they don’t report in the first year, there will be no enforcement,” says Vasil. “We pushed very hard for that to give people time to budget some more.”

A deadline extension and the potential for penalties for not reporting may still not be enough motivation for buildings to report their numbers. “The cap on penalties is $3,000 per year,” says Vasil. “Some buildings may not report what they have because writing a check for $3,000 per year is actually cheaper than fixing what they need to fix.”

However, creating awareness can still help the cause. “Condos that are energy efficient have a certain market appeal and are thought to be managed better with respect to more energy,” says Calise. “These condos are more attractive in the marketplace and more valuable. Specifically where owners benefit is that it’s a very cost-effective way to identify the items that need to improve from an energy-efficient standpoint. Water is outpacing inflation more than any other utility and there is an aging water infrastructure.”

On the other hand, benchmarking is an “administrative burden to an already complex regulatory environment,” Calise says. “Because the utilities companies know the requirements exist, building owners can get the utility information directly from the company,” he says. “It’s ready for analysis.”

If your building is located in an area where benchmarking isn’t required, an energy audit can still provide an overview of how much energy your building is saving or losing. It can be as simple as examining the building’s monthly utility bills. Without an audit, you might not realize that the utility bills have gone up significantly without reason. Hiring a company to do an audit can point out problems. For example, if you’re using gas to heat the building, the bill should go down significantly in the summer.

A qualified firm can complete an energy audit. “We give buildings recommendations on how to effectively reduce that consumption,” says Calise. “When a manager calls for an energy audit, I first ask them to send me 24 months of utility bills. It’s critical that I benchmark the building before I even get on site. That will let me know if it’s over consuming utilities.”

Once the auditor completes his benchmarking, he visits the property. “When I benchmark, I can see how the heating is performing, but I can’t see what type of system it is, how much the air changes over on a daily basis and how drafty the building is,” he says.

The entire audit takes a few weeks to complete. “It’s pretty unusual if we don’t find something cost effective that can be done,” says Calise, who says that energy audits should be done by certified professionals through the Association of Energy Engineers. “If we confirmed that your building is operating well, it’s valuable to you both ways. It saves you time and worry, so it’s cost effective to go through this.”

Lisa Iannucci is a freelance writer and a regular contributor to New England Condominium.