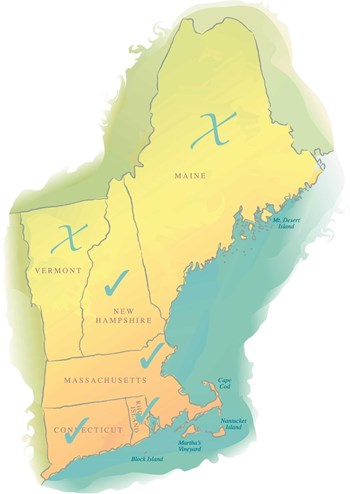 In most states, community associations have no special status when a unit owner  stops paying maintenance fees. But one by one, states have been adopting a  priority lien, or “super lien” provision into law, to give condominium associations and HOAs the first  priority [after municipal/tax liens] to the assets or collateral which the  property holds—allowing the association to initiate foreclosure.

“In the current economic climate, without a super-lien provision in place, many  communities would have been in deep trouble,” states Attorney Edmund Allcock, a partner in the Braintree, Massachusetts, firm  of Marcus, Errico, Emmer & Brooks. After a unit forecloses in a condo community, “without a super lien, you can’t recoup the unpaid fees, and remaining owners have to eat it,” he adds.

To date, 17 states and the District of Columbia have passed “super lien” legislation [see sidebar], but it’s been an uphill battle. Legal experts who advocate for associations point out  that resistance to the idea comes mainly from bankers and lenders—with their powerful lobbies.

But community associations also can wield plenty of clout. “Right now, 20 percent of the country lives in community or ‘common interest’ associations,” says Attorney Henry Goodman of Goodman, Shapiro & Lombardi, LLP, with offices in Dedham, Massachusetts and Providence, Rhode  Island. The original Massachusetts Condominium Act was passed in 1963, Goodman  points out, adding, “… in 1993 it was amended with enactment of a super-lien provision. This was  passed as an emergency act,” since the early 1990s were marked by all kinds of real estate foreclosures,  often paired with unpaid condo fees and dues.

Goodman notes, “Banks wanted to avoid paying the fees, taxes and assessments. These mortgage  lenders didn’t want to foreclose when unit owners walked away [from their properties]. As a  result, the association was left holding the bag. All the fees were left to the  remaining owners who were paying the debts of these deadbeats. However, there’s no law in this country [that says] people have to pick up their neighbors’ expenses.”

So in Massachusetts, the “super-lien” provision in the state’s condominium statute (Chapter 400 of Mass. General Laws 183A) allows the  association to assume the position of first lien-holder [after taxes] on a  property about to default.

What about other states?

Advocacy for community associations is growing as the concept of residential  communities has gained speed across the country—especially with new development. State governments are slowly responding to the  needs of community management and legislators are enacting priority or  super-lien provisions, one by one. Earlier this year, New Hampshire passed a  super-lien provision “which was a compromise solution… after many attempts, like a lot of legislation is,” says Paul Barresi, an attorney with Marcus, Errico, Emmer & Brooks. “This was passed with the help of the Community Associations Institute (CAI)  Legislative Committee and Atty. Janet Aronson from our firm.

“It only affects new mortgages… those taken out since the law was passed,” he adds. “Consequently, its effects haven’t been felt yet.” It may be five or six years before associations see the benefit of the  super-lien legislation. This is why, he notes, “there is a huge contrast between New Hampshire and Massachusetts” for associations trying to collect past-due fees.

Most recently, on May 10, 2011, Maryland Governor Martin O’Malley signed HB 1246, The Maryland Priority Lien Bill, into state law. The bill  was originally passed by the Maryland Senate on April 11, 2011, after  previously being passed through the House of Delegates. The bill establishes a  four-month priority ahead of lenders of up to $1,200 for condominium and  homeowner association assessments when there is a lender foreclosure. It  applies to new loans obtained after October 1, 2011, so associations will not  experience an immediate benefit, but advocates believe the priority lien law  will ultimately support collection efforts for all Maryland associations.  Efforts to get the bill passed through the Maryland legislature were  coordinated by the (CAI) Maryland Legislative Action Committee, along with  community association advocates throughout the state.

“The super-lien statutes vary from state to state, reports Allcock, “and may be categorized into three main groups. In New England, Connecticut is  among several other states in the first group, with ‘expansive’ super-lien statutes. This means that, with some limited exceptions, community  association liens for non-payment of dues are ‘prior to all other liens and encumbrances’ on a unit. The lien amounts are typically limited to six months of delinquent  dues. The provision allows for the speedy foreclosure of the unit without the  need for further notification or notice to the borrower, but with reasonable  notice given to all lien-holders whose interest is affected. In Connecticut,  the association’s lien pre-empts first and second mortgages. In states such as Nevada, Alabama,  Colorado and others, the super-lien only precedes the first mortgage.”

In the second group, he continues, “a limited super-lien applies only to unpaid condominium dues and not for  cooperatives or other community associations. These states include Rhode  Island, Pennsylvania, Washington [state] and [Washington] D.C. The Rhode Island  statute only applies to the first mortgage and can add attorney fees and costs  to the unpaid dues.” Also, a recent update in the Rhode Island law allows a condo association to be  reimbursed for the reasonable costs of foreclosing— not to exceed $5,000— upon the sale of the foreclosed condo. It also allows associations that  foreclose to extinguish the first mortgage holder’s lien on property, although first-mortgage lenders would have the right to  retain their lien by paying the association’s costs and up to six months of back fees within 30 days of the foreclosure  sale.

The third group, Allcock explains, “is state-specific. For instance, in Arizona, the super-lien takes priority over  all liens except for the first mortgage, while in New Jersey, the super-lien is  not limited to the first mortgage, and is applicable to any prior lien. In  Massachusetts, specific notice must be given to a first lien holder in order  for attorney fees and costs to be collectable by the association.”

In terms of legal standing, the Massachusetts statute is considered one of the  strongest. Goodman explains that is because “it took a lot of people working on different aspects of the statute, against the  banking lobby [that was] trying to block it. In the end, we had the assistance  of the Mass. Bankers Association, because the bankers saw that [super-lien  legislation] might pass… they got involved in negotiating and got in certain limitations.” These included the six-month limit on past-due fee payments, and other controls  to which the association must adhere.

Goodman believes the banking industry is approaching the super-lien issue the  wrong way. “It’s really a shame,” he states, “because banks really don’t get hurt by this… For the benefit of all lien-holders, foreclosing earlier, rather than dragging  it out, helps everyone. It’s more of a ‘good neighbor’ action on behalf of the bank.”

The Pain of Non-Payment is Relative

Another reason that bankers shouldn’t treat an association’s super-lien as a threat is the relative amount of money. It’s simply not that much, asserts Goodman. “As an example,” he explains, “most condo fees [in Massachusetts] average $250 - $650 per month. If you need to  go after six months worth [of fees in arrears] it’s in the range of $1,500 - $4,000 … plus attorney fees and court costs. These can be high if the unit owner puts up  a fight. Add in the costs for a foreclosure auction, interest payments and what  have you, the total could be $10,000. Even if municipal taxes—the first lien-holder—were up to $20,000 due, there’s still the bulk of money from the foreclosure sale left for the  mortgage-holder. Mostly, in this region, bids [at auction] are close to the  market value of condo units.”

When an association steps ahead of a bank in the line of lien-holders, it may be  keeping an entire community afloat, or a reserve account funded. Given the  current economy, association finances—especially in a small community—struggle to maintain their fund levels with each unit owner who is sick, loses a  job, or who must foreclose. The few thousand dollars that an association can  recoup, through a super-lien provision, represents the pooled assets of all  other owners.

Staying on Top of the ‘Demand’ Schedule

Luckily, most situations of late or unpaid fees may wind up in court but don’t go as far as foreclosure or auction. “Our experience,” reports Goodman, “is that 90 – 95 percent of those in arrears manage to pay [what they owe in condo fees] when  action is taken early and they’re warned that it will cost a lot more in attorneys’ fees if they wait.

“One of the biggest problems is if the association waits until a unit owner is  five or six months overdue. In the Mass. code there is a statutory 30-day, and  then 60-day, [demand] notice to owners that must be met. I recommend, when  someone is 30 to 60 days late, the association send out a ‘Dear Friend’ letter [and] give them 15 days… If they don’t comply, before 60 days are up, send them a ‘Hey Bozo’ letter.”

“So far, this has not cost the debtor anything,” Goodman continues, “What the attorney has to do next is check the account history, check records at  the Registry of Deeds and send a notice of delinquency. So far, if the  association acts early enough, there’s relatively little cost incurred. It’s much more fair to the debtor to start early. At least there’s a step-by-step process. Associations should send early warnings and then send  documentation to the attorneys early.”

Sometimes the directors feel sorry for owners unable to keep up their condo  fees, but Goodman points out, “We feel worse for the remaining owners who have to pay debts for someone else.”

In states with a super-lien provision, community associations have governmental  backing when demanding unpaid dues. That’s a huge advantage, but associations must still queue up for collections. The  order in which lien-holders can lay claim to assets is a matter of law, as  explained by Allcock: “Typically, mortgage servicers are in a unique position of power when it comes to  asserting lien position as long as the proper title work and front-end activity  takes place. With the exception of tax liens, virtually all other lien  interests secured after the mortgage lien is recorded are inferior to the  mortgage lien.

“However, laws [enabling super-liens] in 17 states and the District of Columbia  spoil the mortgage servicer’s position of power, as community association liens are granted senior lien  positions--under certain circumstances involving non-payment of dues or fees.  For all general purposes, these community associations have been able to affirm  that they act as mini-government bodies in the day to day management of their  properties. The association dues, are in fact, a form of taxation.”